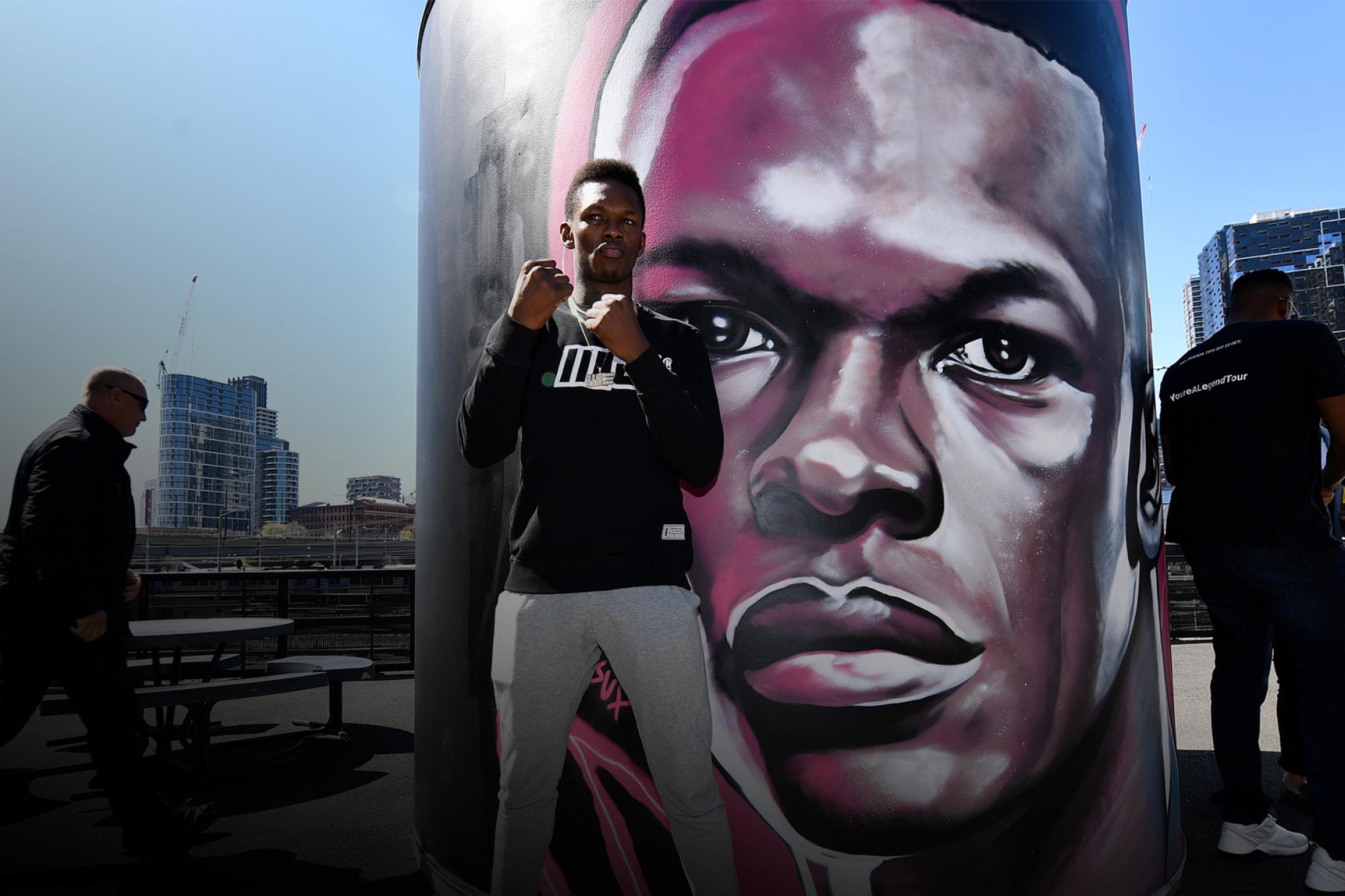 The Future: Adesanya Thinks About What's Next

Many great actors won’t ever watch their work on the silver screen. For them, what’s done is done and it’s on to the next film, no matter how good the previous one is.

Interim UFC middleweight champion Israel Adesanya can relate to that sentiment, as he’s never been one to dwell on the past. But he couldn’t help taking a few looks back at his April win over Kelvin Gastelum, the frontrunner for 2019 Fight of the Year.

“For me it’s different,” said Adesanya. “I’ll watch it after the fight – not religiously, but I’ll watch it quite often for about two weeks and then it starts to fade away. So the last time I saw the fight in full was maybe two months ago. And when I watched it, I looked at what I was doing right, what I was doing wrong. I get over my fights pretty quickly. I’m like, what’s next.”

Doesn’t sound like much fun. Instead, it’s more like a late-night study session to cram for the next exam, which, for Adesanya, is a battle with Robert Whittaker in the UFC 243 main event this weekend. But he does admit that when it comes to the Gastelum fight, he was able to enjoy it like the rest of the MMA world, at least for a little bit.

“I’m able to watch it and still be far removed,” he said. “When I watched it after the fight just finished, I got the same feelings, the same kind of emotions I felt during the fight. But now when I watch it I just appreciate it for what it was. That fight was a movie, an epic movie.”

There’s really no better way to put it. For five rounds, Adesanya and Gastelum showed the world the best parts of mixed martial arts, delivering a fight that had high-level technique, shifting momentum, and plenty of drama. It was the fight some didn’t think Adesanya had in him, simply because he had been so dominant over the course of his first 16 pro wins. Even during his 75-4 kickboxing career, “The Last Stylebender,” there had never been a fight like this one.

“I’ve had a couple back and forth fights, but nothing like that,” he said. “That was on a different magnitude of excellence.”

In the fifth and final round, with the fight seemingly up for grabs and Adesanya’s face swollen and bloodied, the Nigeria native found another gear, scoring multiple knockdowns of the hard-hitting Gastelum to secure the victory and the interim title. It was the proof that while Adesanya’s talent is on another level, so is his heart. That badge of honor means a lot to Adesanya, and he believes it gives him an edge – at least psychologically – leading into this weekend’s fight.

“For me, getting to that last round, I felt better than I did in the first round,” he said. “I know Robert can’t say that about his last two fights (against Yoel Romero). In the fifth round of his last fight, he got dropped multiple times, just like Kelvin did. But for me, I know I can go there if I need to. I know there’s more. I don’t think he (Whittaker) can take me there. He’s welcome to try, but I always know I have that in my back pocket and I know when it’s time to dig deep, I know I can go deep.”

The win kicked off a victory tour for Adesanya where many looked at the New Zealand-based fighter as the true middleweight champion, despite the reality that the sidelined Whittaker was waiting in the wings. Even his 185-pound peers appeared to be in that camp, as so many of them called Adesanya out that you would assume that there was only one champion. This hasn’t been lost on one of the two fighters with a claim to the middleweight crown.

“Look at Kelvin and what he said,” said Adesanya. “Look at what the #$%$# from Brazil (Paulo Costa) said. Everyone keeps calling me out and they don’t even have any business calling me out because I’m the one that’s doing the work. Robert ain’t doing #$%; he’s just getting hurt from training. So I’m hoping he makes it to this fight. He was the interim champ. He won the interim belt, never defended it. I don’t know he became the undisputed champ. That’s bulls**t to me. So I’m gonna beat him and become the double interim champ.”

That’s Adesanya, as quick with a one-liner as he is with one of his punches or kicks. And it’s clear that while the undisputed title is on the line, he already feels like the one middleweight champ. So there’s no added pressure and no difficulty getting emotionally invested in this fight after back-to-back wins over Gastelum and one of his fighting idols, Anderson Silva.

“I’ve done this for years,” he said. “I’ve had over 100 fights so this ain’t my first rodeo. I just have to keep doing what I’m doing. I took some time off after the last fight to let my mind heal, my soul heal, my body heal, and it has, so I’m ready for this next fight. It’s something you just have to learn how to do after years of doing it. I’ve been doing it consistently and consistency is key.”

As for Robert Whittaker?