Fury Puts Out The Fireball Kid in One 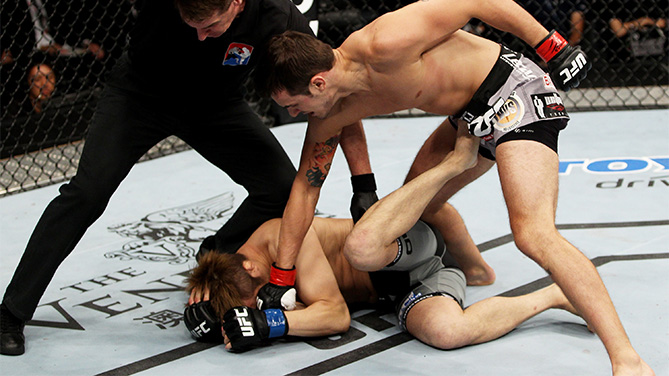 SAITAMA, September 20 – In the biggest fight of his career, unbeaten Myles Jury delivered his best performance yet, knocking out former PRIDE lightweight champion Takanori Gomi in the first round of Saturday’s UFC Fight Night co-main event at Saitama Super Arena.

Jury looked to be frustrating Gomi with his activity and movement as the fight opened, but “The Fireball Kid” continued to match forward, assuming he would eventually catch the Michigan native. But in the second minute, Jury put an end to such thoughts, nailing Gomi with a right hand that put the Tokyo product on the canvas. A follow-up series of shots brought referee Steve Perceval in to halt the fight at the 1:32 mark, handing Gomi his first knockout defeat. 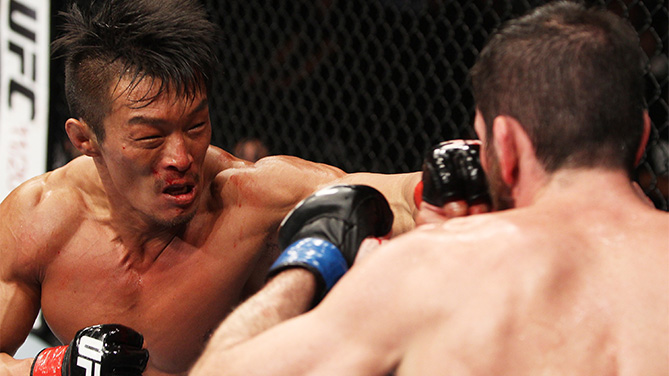 The unanimous decision read 30-27 on all scorecards for the 39-year-old “Sexyama.”

Sadollah nailed Akiyama with several left kicks to the head in the opening minute of the bout, but a quick trip from the Osaka native put a stop to the Las Vegan’s fast start suddenly and emphatically. And though Akiyama now controlled the location of the bout, he wasn’t able to score with much consistency, allowing Sadollah to get back to his feet with a little over a minute left.

Not straying from the kick-based strategy that worked well for him in the first round, Sadollah got off some more hard shots to the head and legs, Akiyama responding with a spinning kick and backfist. As the round approached the two-minute mark, Akiyama drilled his opponent with a hard right to the face, and moments later, a left to the head bloodied Sadollah and sent him to the canvas. In deep trouble for a spell, Sadollah was able to clear his head, and he searched for upkicks from his back, eventually making it to his feet right before the horn.

Akiyama kept the heat up high in the third round, punishing the battered Sadollah with hard shots on the feet and the mat. The game Sadollah never gave in, but on this night, it was all “Sexyama.”

With the win, Akiyama improves to 14-5 with 2 NC; Sadollah falls to 7-5.
> Watch: Yoshihiro Akiyama's Backstage Interview! 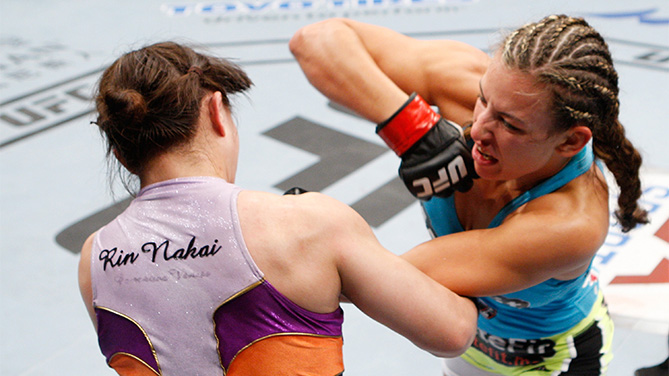 Tate was sharp in every aspect of the fight in the opening round, with her striking and grappling keeping Nakai from putting any sort of offense together. Tate even had the strength advantage, as she muscled the smaller Nakai around almost at will.

Nakai found some offense in the second round, as she was able to lock up with Tate and take her back while standing. The bout eventually strayed to the mat with Tate in the top position, and with under two minutes left, the two fighters rose, with no significant scoring taking place for the rest of the frame.

Again going to her bread and butter grappling, Nakai got Tate to the mat early in the third round, and while the former world title challenger was able to get back to her feet, she was now finding it difficult to escape Nakai’s grasp, making it an interesting fight to score as it went down the stretch.
> Watch: Miesha Tate's Backstage Interview! 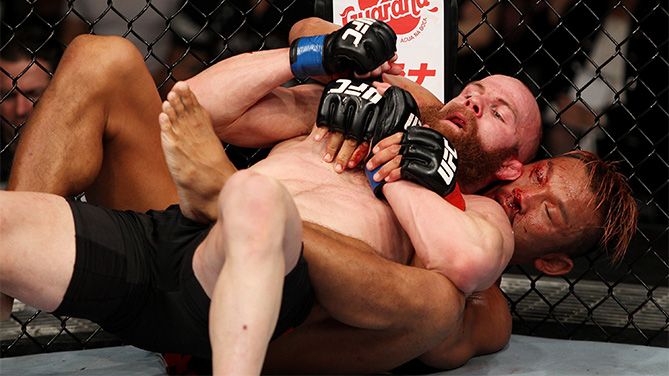 Even the fans at Saitama Super Arena didn’t agree with the verdict in the welterweight bout between Kiichi Kunimoto and Richard Walsh, as they booed the split decision given to Japan’s Kunimoto over Australia’s Walsh.

Walsh and Kunimoto had several heated exchanges in the opening round, but Kunimoto almost always got the worst of it, getting his nose bloodied in the midst of getting rocked numerous times. The game Osaka native made it through the round though, and while things didn’t get much better for him in the second, they didn’t get worse either, as he was able to keep Walsh at bay by pressing him to the fence for much of the frame.

After taking more punishment in the third, Kunimoto finally saw some light when he was able to take Walsh to the mat. Attempting a rear naked choke as he took his foe’s back, Kunimoto wasn’t able to get the finish, but his strong late effort left an impression on the judges, enough for two of them to award him the fight.
> Watch: Kiichi Kunimoto's Backstage Interview! 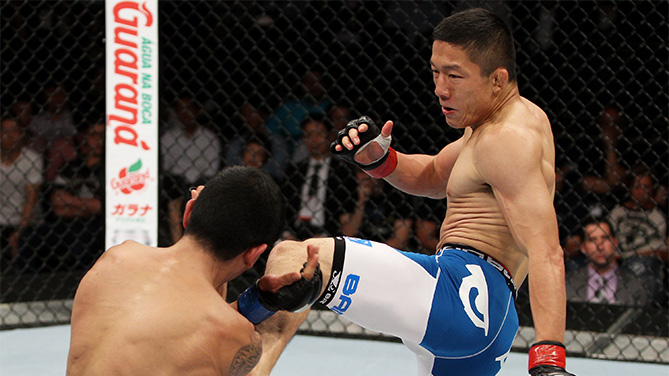 Japanese rising star Kyoji Horiguchi continued to impress in his flyweight bout against Jon Delos Reyes, finishing his opponent off via strikes in the first round.

A thudding body kick by Horiguchi put Reyes in trouble early, with the Guam native looking for refuge on the canvas. He got it, catching his breath as Horiguchi controlled the action from the top position. With three minutes remaining, the two rose, Horiguchi dropping Reyes with a left hook. The end came seconds later, with a series of ground strikes prompting referee Steve Perceval to intervene at the 3:48 mark.