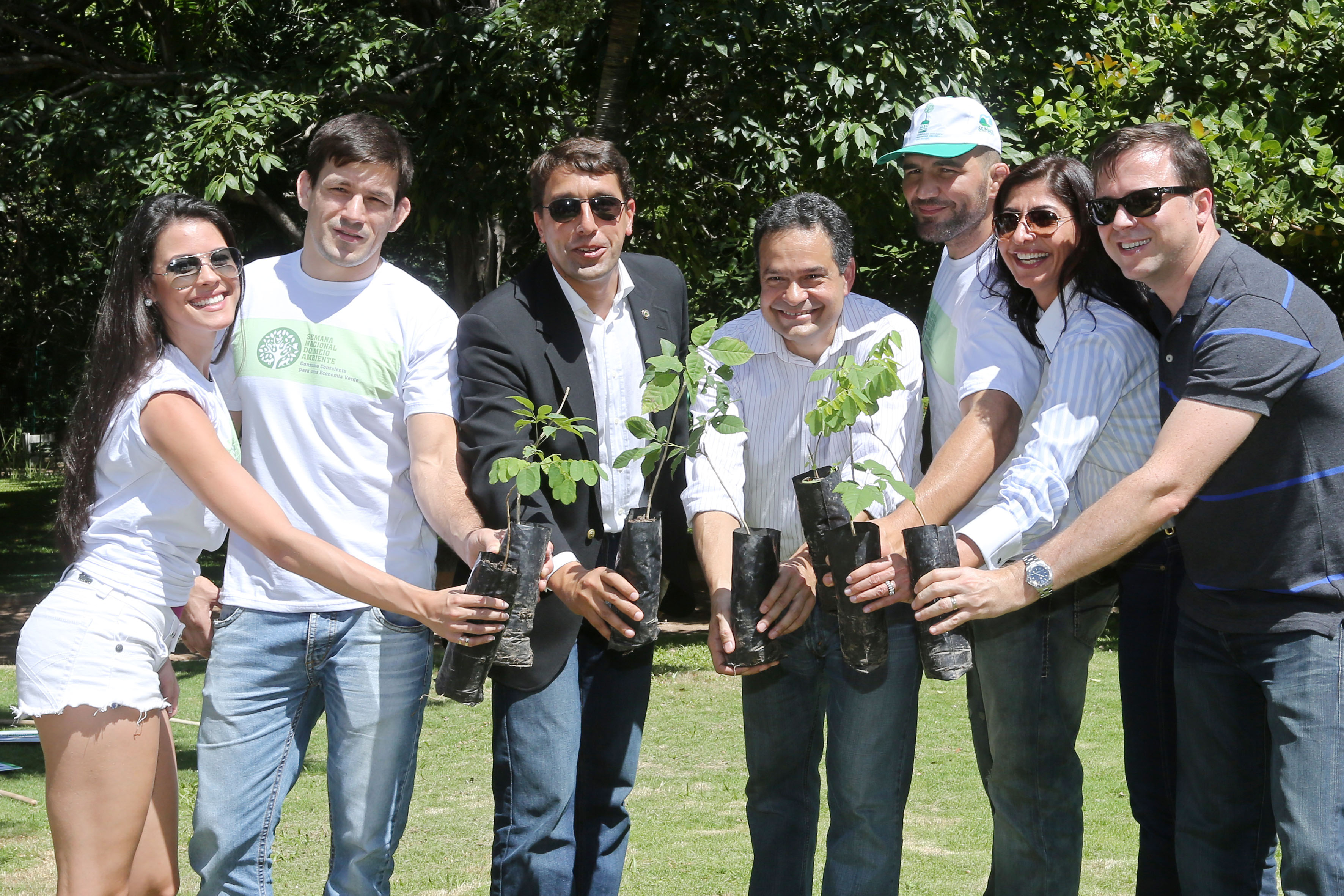 The Ultimate Fighting Championship® and the Government of the State of Ceara today participated in a ceremonial tree planting as part of an initiative that will make THE ULTIMATE FIGHTER® BRASIL 2 FINALE: NOGUEIRA vs. WERDUM 100% carbon neutral. The UFC® marked its participation in the Government’s carbon offset action initiative, known as Ceara Carbono Zero, on the heels of World Environment Day, June 5, 2013, at Cocó Park in Fortaleza.

In 2011 the Ceara State Government began a carbon emissions policy under the guidelines of the Ceara Carbono Zero strategy. The strategy emphasizes support to renewable energy investments (specifically solar and wind power), the protection of the biodiversity of the Caatinga (a semi-arid scrub forest situated in the northeast of Brazil), the implementation of the solid waste policy, as well as a set of overall efforts to mitigate and compensate emissions.

The State Government laid out a set of actions aimed to offset carbon dioxide (CO2) emissions at important events set to take place in Ceara throughout the next several years, such as the FIFA World Cup, the FIFA Confederation Cup and Saturday’s UFC event. The Government will work with the Federal University of Ceará to calculate the carbon emissions stemming from the UFC event. 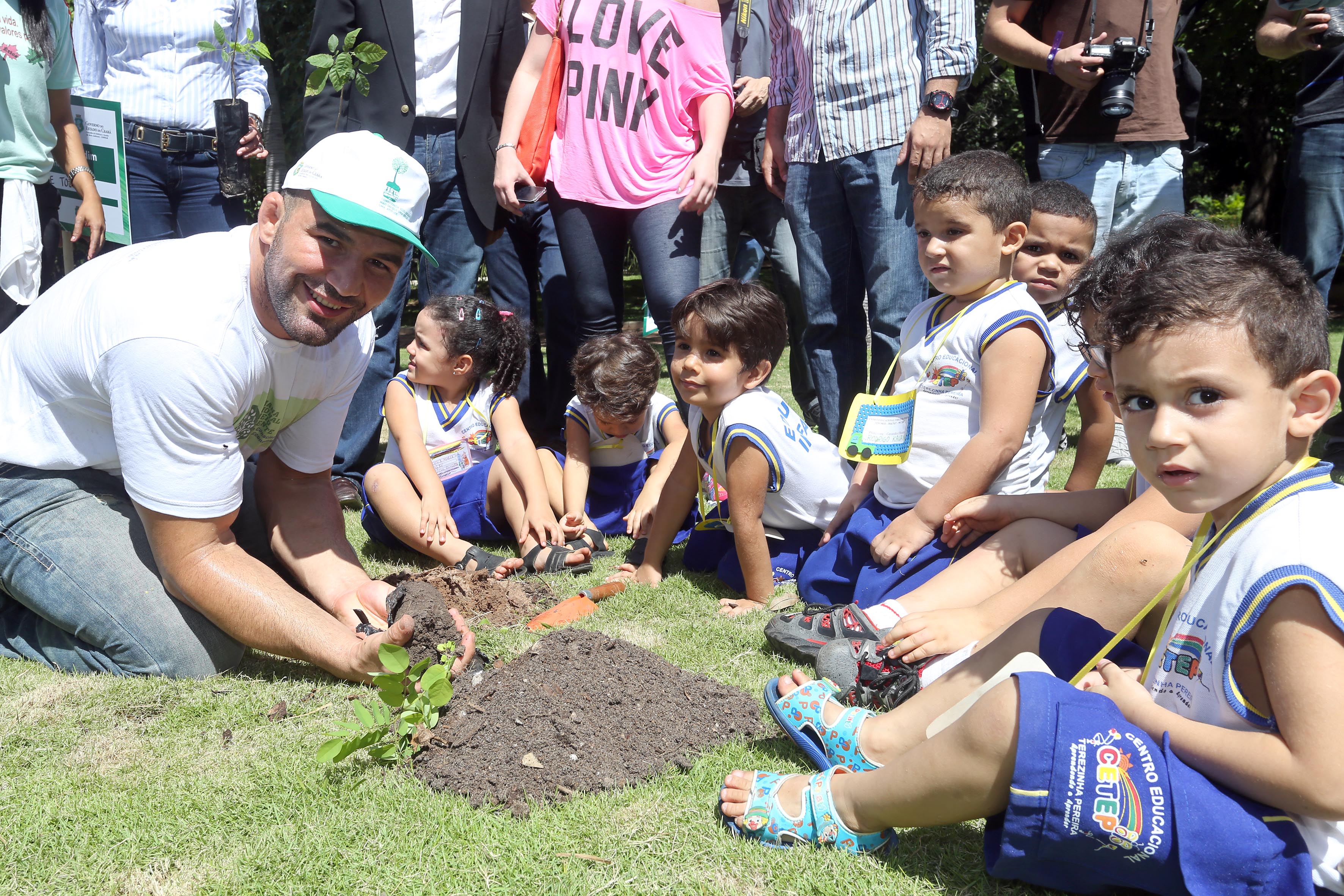 The State Government’s carbon offset action develops an inventory of all carbon emission from transportation and operation of an event, including travel by the public to the event venue, the calculation of total greenhouse gas emissions - using the United Nations approved Greenhouse Gas Protocol, adjusted to local environmental conditions - and the compensation of emissions through the planting of trees, using native species to protect and preserve the local ecosystem.

"As a global leader in sports, the UFC is thrilled that its event can serve as a platform for bringing awareness and further helping the State Government's environmentally conscious initiative," said UFC Chairman and CEO Lorenzo Fertitta. "With athletes and fans from all over the world, we are proud to do our part in reducing the carbon footprint of UFC's live event this week in Fortaleza."

UFC Brazil Head of Operations, Grace Tourinho, UFC No.4 light heavyweight Glover Teixeira, UFC No.5 welterweight Demian Maia and UFC Octagon Girl™ Camila Oliveira participated in the ceremonial planting of native tree species alongside Mr. Paulo Lustosa, President of the environmental council of the Ceara State Government and Mr. Gony Arruda, Secretary of State of the Ceara State Government, at Cocó Park. They planted the following selection of trees: Tecoma stans - Ipê-Amarelo-de-jardim, Pithecellobium diversifolium - Jurema-Branca and Piptadenia moniliformis – Catanduva. The remaining tress will be planted in an environmentally sensitive area defined by the State of Ceara.

“It means a lot to me to be a part of this historic initiative in my home country,” said Teixeira. “I’m a country guy, I love nature. I’ve worked in the farms and fields of Brazil and I know how important the environment, and everything that it produces, is to families and communities. I wish the whole country could create projects like Ceara Carbono Zero and involve all the other major sports events.”