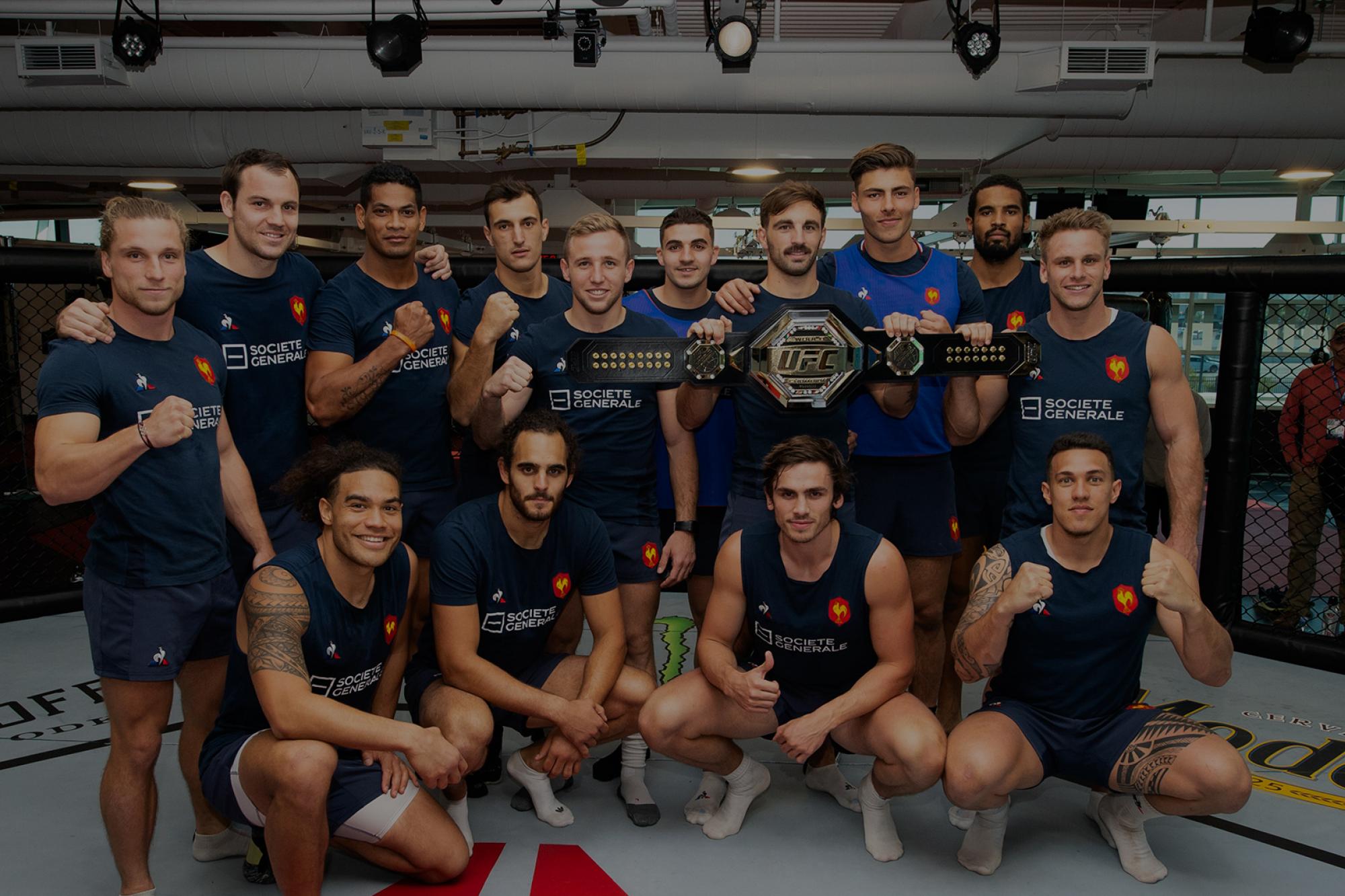 Ahead of the Rugby Sevens tournament in Las Vegas, the French International Rugby Sevens team were one of a few that visited the UFC Performance Institute to work out and see the facility.

While the team worked out, UFC heavyweight contender Francis Ngannou stopped by, took pictures and grappled a bit with the team.

The visit gave the Frenchmen an up-close look at what the UFC has to offer its athletes, from the facilities to the athletes that take advantage of the Performance Institute.

“(The Performance Institute) is unreal,” said Marvin O’Connor, a winger on the team. “It’s really good. Would love to see a big fight in Paris, maybe one day.”

Currently, however, mixed martial arts is illegal in France. If that were to change, however, O’Connor would appreciate seeing an event.

“The athletes are unreal,” he said. “I reckon they’re the most incredible athletes around here. It’s such a tough sport.”

Ngannou, who grew up and trains in Paris, France, hopes to see that change soon as well.

“I think they should legalize MMA to let all those athletes have fun, have a chance to become a great fighter,” Ngannou said. “I think just for the good of the youth, they can legalize it because it would be awesome.

Until then, O’Connor will continue to be a fan, but as far as training and becoming a mixed martial artist himself, his experience with Ngannou might have deterred him a little bit.

“I tried (grappling) two seconds against (Ngannou) and you can’t do anything,” he said. “It’s just too hard. He’s just so strong.”