Bryce Mitchell is a man of many talents. The proud Arkansas native is undefeated in the UFC, a dedicated cattle farmer, and a gifted rapper.

That’s right, “Thug Nasty” dropped his rap album in 2021, and while his bar-spitting skills may have taken some people by surprise, music is just another example of Mitchell’s quest to be great.

Mitchell’s drive to Barata MMA takes about an hour each way. Instead of wasting those two hours a day, Mitchell plays instrumental beats and practices various lyrical cadences. He feels that freestyling and giving himself something to focus on while driving helps activate his mind and keep him sharp.

“When I’m rapping on the way to the gym, I perform better in the gym,” Mitchell told UFC.com. “It’s almost like a cup of coffee. It puts me in my zone and made my time in the car more efficient.”

Hip-hop has helped Mitchell also realize the importance of timing, effort, and creativity when it comes to competing in the Octagon.

“When I was in the studio rapping, I was saying all the words right, but the producer told me that I needed to come alive. With the way I was saying them, I was just bland. Same thing with a fight,” Mitchell said. “You can throw a jab, or you can throw a jab with emphasis. There is life in every syllable and a fight is the same way; you can’t be wasting movements and energy.”

Mitchell gives 100% effort into everything he does and it’s evident that whatever he decides to do, he does it well. From the farm to pulling off a twister in the Octagon to dropping a rap album. 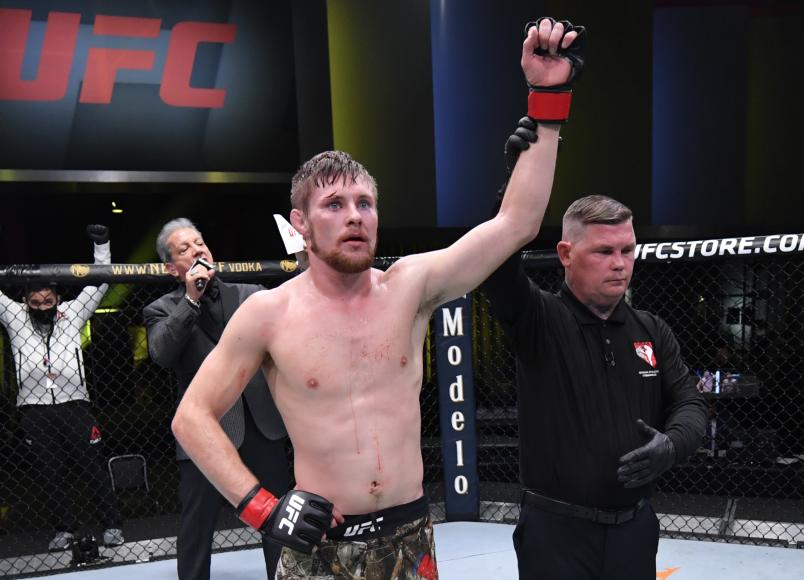 The diversity of Mitchell’s hobbies, combined with his personality, has made him a big hit with fans and has helped make him one of the most popular fighters on the UFC 272: Covington vs Masvidal card. The 27-year-old has shined on UFC 272 Embedded, giving the world a peek into life on the farm and what his day-to-day is like in Arkansas.

“It means a lot to me that people like me and, of course, I won’t compromise any of my character or my integrity or act a certain way to have people like me,” Mitchell said. “I’m so glad that I get to be myself and I get to go on Embedded and read those good comments about me and what I have going on.”

The extra attention hasn’t been difficult for Mitchell to deal with. It’s taken a little adjusting, but the truth is that he’s just happy to be getting his story out.

“I’m grateful to have people that want to see more about my life. Five years ago, people didn’t care enough to interview me or to ask something,” Mitchell said. “So, it’s cool that people want to hear my thoughts.”

It’s easy to get lost in Mitchell’s personality and forget that he’s a 14-1 fighter and ranked inside the Top 15 of the UFC featherweight division. He perfectly walks the balance beam of being just a normal everyday guy and an absolute beast when he steps onto that canvas.

At UFC 272, he will have his highest profile contest to date, against perennial contender Edson Barboza. It’s a fight that Mitchell feels he was destined to take.

“This feels exactly like the right timing and exactly like the right fight. I feel like my purpose, win lose, or draw, is to come out here and be here in this exact moment and fight this fight to the best of my ability,” Mitchell said. “Edson brings certain things to the table every time. He’s fast and he’s explosive and he throws stuff extremely hard and extremely fast, and he will do that in every fight consistently. You know to a certain extent what he’s going to do. The fans know what’s going to happen, and it’s going to be crazy.

A statement win over Barboza would push Mitchell to 6-0 in the UFC and firmly cement his place as a contender in 2022. It would also mean things like bigger fights and main events would be right around the corner.

As expected, that isn’t a major priority for Mitchell. He wants to put in the work and keep trying to achieve his goal as the best featherweight in the world, but he won’t concern himself with the political side of things. 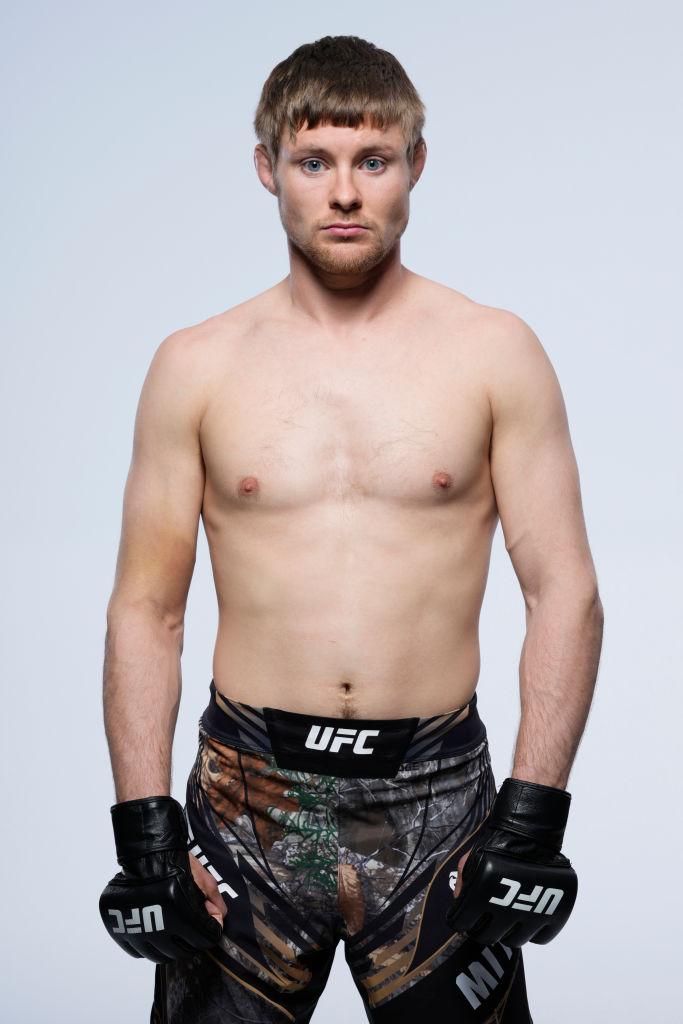 Bryce Mitchell poses for a portrait during a UFC photo session on March 2, 2022 in Las Vegas, Nevada. (Photo by Mike Roach/Zuffa LLC via Getty Images)

“I want to go as far as I possibly can with it, but I don’t have to worry about any of that,” Mitchell said. “None of that stuff is my job; I’m just a dummy who makes the weight and fights. Those are my only two jobs - to make the weight and fight; that’s all that I can control.”

On March 5, Mitchell will do his best to control Barboza and put on a performance that is unlike anything we’ve seen from him before. It’ll be under the bright lights of T-Mobile Arena and full of rowdy fight fans.

“It’s very cold in there; it’s like a stillness in the air. It’s almost like you get in a trance when you are in there,” Mitchell said. “The closest thing that I get to it is when I’m hunting.”

But the environment won’t faze Mitchell one bit. He’ll be in his element, wearing his custom Venum camo shorts and hunting for a finish over one of the most dangerous fighters in the division.