Former UFC lightweight champion, Frankie Edgar, remembers his days of reign in the 155-pound division and what it was like the night he defeated BJ Penn.
By Thomas Gerbasi, on Twitter: @TGerbasi • Apr. 24, 2020

Frankie Edgar knew what he was up against when he was selected to face BJ Penn for the UFC lightweight title at UFC 112 ten years ago this month.

“BJ was a legend at the time,” said Edgar. “He was the champion, the guy that couldn't be beat, and leading up to that fight, he was running through everybody. Licking his blood off his glove when he fought (Sean) Sherk, running through Diego (Sanchez), putting away (Kenny) Florian. I was just the next victim.”

“I just didn't listen to any of that noise and I didn't know if I could win, but I definitely believed I could.”

Penn was at the top of his game, for sure, but so was Edgar, who entered the fight in Abu Dhabi with a 6-1 UFC record that included a three-fight winning streak and wins over the likes of Sean Sherk, Tyson Griffin and Spencer Fisher. He was ready. But was he ready for everything that came with being a champion? He was a couple years into his marriage, he was a fairly new father with another baby on the way, and he was just getting established in life, as well as in the UFC.

Edgar laughs when he recalls his father continuing to pay his dues as a union plumber, a job he quit before the Fisher fight in 2007, just in case the fighting gig didn’t pay off.

“He did for a little bit just to make sure we could make it,” said Edgar. “Now that I think back, everything was so new. I was in the UFC for a little over three years at the time (of the Penn fight) so I was still kind of green. It was wild.” 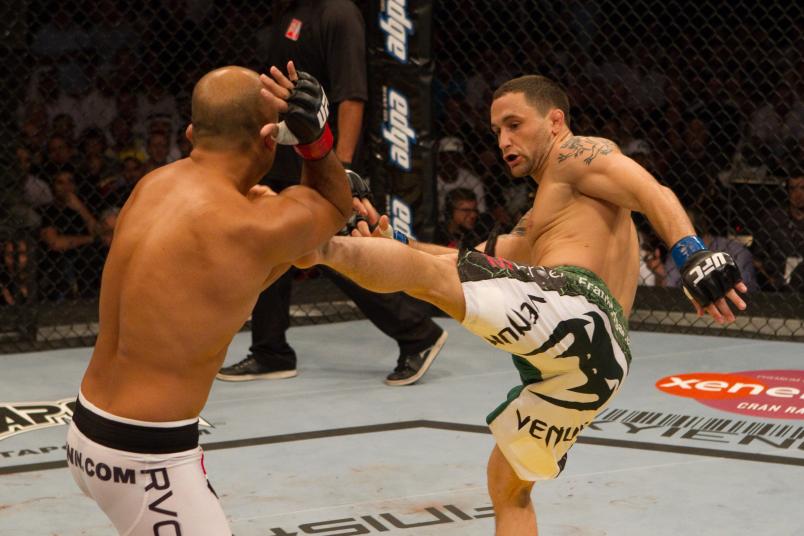 That was outside the Octagon. Inside of it, he wasn’t given a chance of upsetting Penn. But that’s why they fight the fights, and Edgar and his team left no stone unturned in training camp. And when the bout began, Edgar immediately made it clear that he didn’t show up for a paycheck. Round after round, he baffled “The Prodigy” with his striking, movement and grappling. At the end of five rounds, it was a close fight, but Edgar was confident he had done enough to win the championship. It wasn’t the first time he had been in this situation, and previously, he had fallen short. He didn’t need another disappointment.

“In my past career I came up short so many times - super close,” Edgar said. “And you really don't deserve anything; you get what you get, but I did deserve, I think, to win those titles when I prepared the correct way and put my heart and soul into it, and I felt the same way in fighting and I still do today, but I almost didn't think it was gonna happen.”

Then Bruce Buffer took the microphone.

“I fell to my knees and I was pretty emotional,” said Edgar, who, in that moment, knew exactly what he had been working for his whole life. “I always said in wrestling, too, wrestling sucks, cutting weight sucks. In fighting, getting punched sucks, but that crowd going crazy and getting your hand raised, that makes everything worth it. When that happens, it's not all for naught. I didn't waste my life doing something where I didn't achieve the goal I was going for. So finally, I achieved the goal.”

Subsequently, life did change for a young man who went on to become one of the best fighters of his era. But Edgar didn’t change. That’s rare, but it’s a testament to his character. 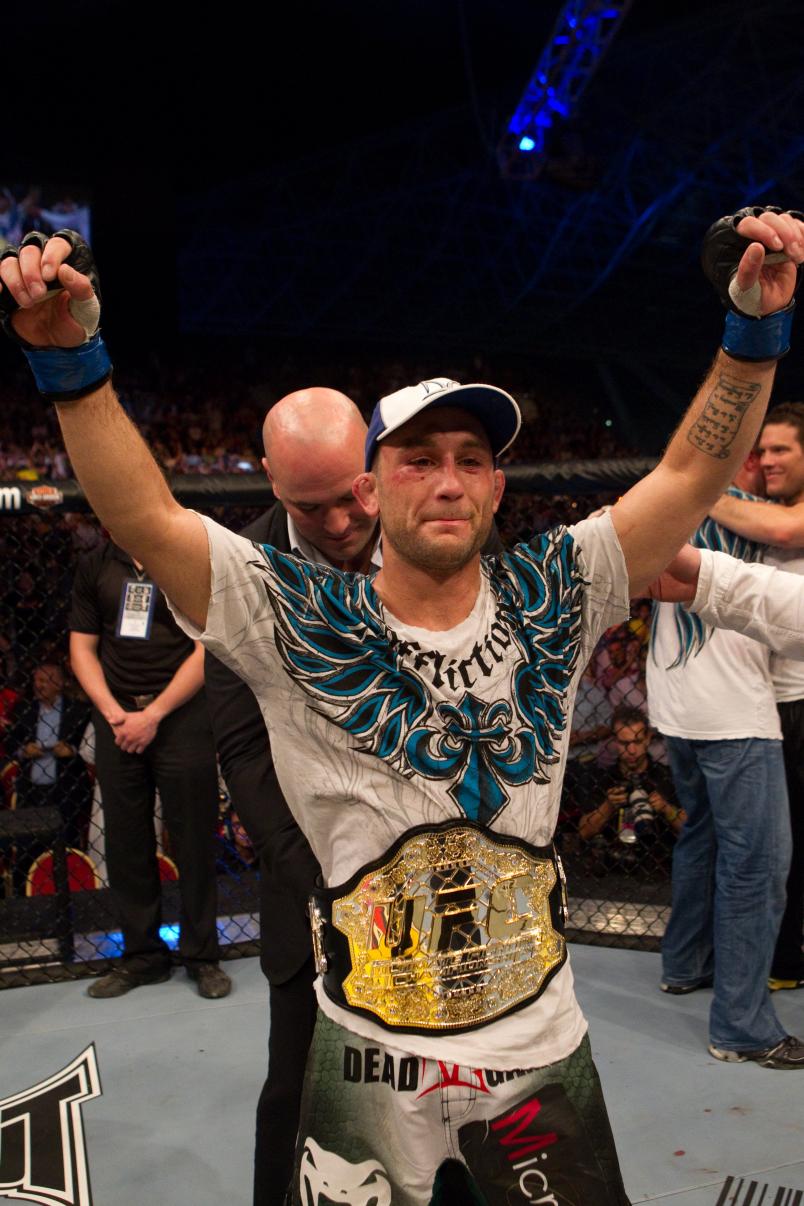 “I don't think anybody's ready,” he said of life as a champion. “Life changes, and one day you're one guy, the next day, you're the other guy. In my head, it didn't change. I was the same guy. I still have the same people around me, I still have the same friends around me, so I haven't changed much. I think people's perception of my changed, though, and that's always a little different to get used to.”

Soon, Edgar would repeat his victory over Penn and engage in two epic battles with Gray Maynard that evened their series at 1-1-1 before losing the belt to Benson Henderson in 2012. Along the way, he became the MMA version of Arturo Gatti for people in his home state of New Jersey, an unofficial title he didn’t take lightly.

“I don't think I felt a responsibility to do so, that's just who I was,” Edgar said. “Those Rocky movies definitely left an impression on me. (Laughs) But I always thought that blood and grit and guts was the type of person that I am and that's how Gatti was. So it just happened to work out that way more than anything.”

It all started far from the Jersey shore in Abu Dhabi. Could anything that happened in the last ten years or that happens in the next ten be better than that?

“It's tough,” Edgar said. “Everyone remembers their first time. I had some good ones and some good memories. The third Maynard fight, the Chad Mendes fight and the Yair (Rodriguez) fight, those always stuck out for me. The performances and the times I had afterwards always stuck with me. But going to the desert and fighting the first UFC fight in Abu Dhabi against BJ, a legend at the time, I don't know if I could top that.”