Frankie Edgar: Not Down, Not Out

With over 15 years as a professional under his belt, Frankie Edgar has weathered the ups and downs of prizefighting better than most. The losses still sting, though.

“I’m obviously disappointed with the way it went,” Edgar said of his February loss to Cory Sandhagen. “When you put that much into a training camp -- all of the preparation, all of the sacrifice -- you kind of want to have something to look back on and see what worked and what didn’t. I feel like I didn’t get to fight. You know, 20 seconds or whatever it was just leaves a bad taste in your mouth.”

It’s not unusual for the former UFC lightweight champion to discuss the details of any of his fights, win or lose, as he’s someone who has always been transparent about his career. And whether it was a quick knockout defeat to Sandhagen or a five-round war with the likes of Jose Aldo or Benson Henderson, Edgar always looks for lessons to be learned. 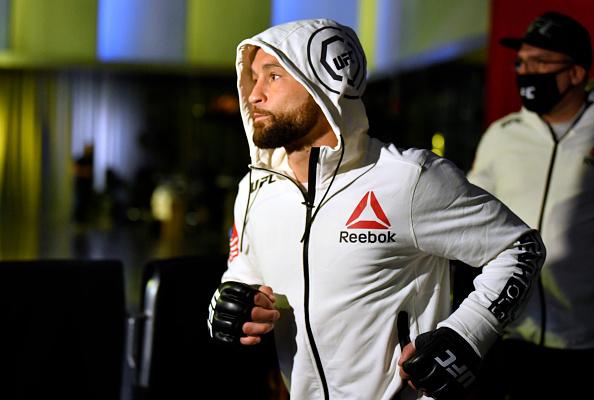 “You try to take away what you can from that short amount of time to see if there’s anything you can do to make sure it doesn’t happen again.”

Now, more than four weeks removed from his second fight in his new home of the bantamweight division, the New Jersey native is splitting his time amongst his family and the gym, already plotting his return to the Octagon.

It’s a statement that speaks for itself, as the seventh-ranked bantamweight was back in the gym just days after returning from Las Vegas, with his body in a condition that was “the best it’s ever been after a fight.”
For the 39-year-old, the most frustrating part of his Fight Night performance was “really just the work, the hard work. I didn’t get out of breath at all,” Edgar said, laughing. “I didn’t even get to get a workout in that day." 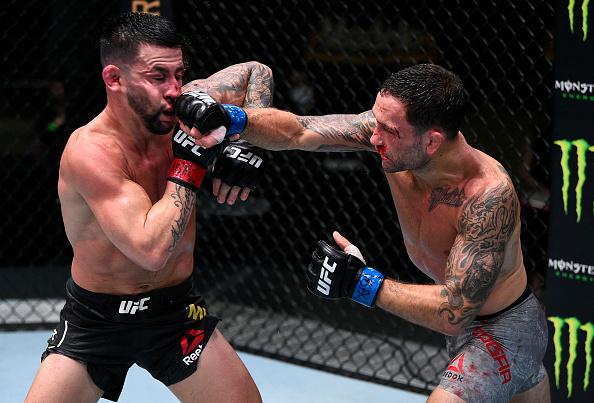 While no could have predicted a knockout inside thirty seconds, Edgar’s meritorious response to Sandhagen’s performance is far from surprising, given the UFC veteran’s well-established character.

“Yeah, he’s obviously got a lot of skill. He’s given himself a nice resume so far,” a resume that Edgar says he’ll be a “permanent highlight” on. “I do think he’ll be fighting for the title soon, maybe one more fight and then the title. I have nothing bad to say about any opponents. Cory just went in there and did what he was trying to do, and he got the job done.”

Given the tumultuous state of the UFC bantamweight division, it’s pretty clear that anything can happen at any moment, and Edgar plans to be a part of it for as long as his career will allow.

“I think 135 is the division for me. The weight cut is really not that bad; the only thing it does is make me be a little more disciplined during my camps, and that’s a good thing,” the former lightweight and featherweight said. “Size wise, I feel more comfortable here. Fighting these guys at 145, 155... I feel like these guys are just getting bigger and bigger. 135 is where I think I’ll finish it out.”

While retirement isn’t on the visible horizon for Edgar, it is a question he’s been asked a handful of times, especially following this recent defeat. His response?

“I’m definitely not thinking of stopping. Not after this one.”

With his eyes set straight ahead on avenging his loss, Frankie is looking to rebound from “walking on coals” after this loss back to the bliss of “cloud nine” following a win.

“We only fight a couple of times a year and we hang everything on that fight. When it doesn’t go well, you’re sitting on that loss for a long time,” Edgar said. “Knowing what I have to deal with until I get back in there is tough, mentally.”

The road to redemption isn’t an unfamiliar path for “The Answer,” who has come out on the better end of tough losses throughout the course of his career. With the support of his family and coach Mark Henry -- Edgar’s north star during the difficult moments in his career -- his quest for UFC glory is far from over.