Frank Mir: Not Done Yet

It was the night everybody cheered for Frank Mir. After 14 years in the fight game, Mir has been the good guy, the bad guy, and everything in between, but knowing that in the heavyweight division, there are no gold watches for retirement, only a short night ended by staring up at the lights in an arena far from home, most fight fans didn’t want to see Mir go out like that against Antonio “Bigfoot” Silva in February.

The former two-time UFC heavyweight champion had lost four straight, and at 35 he was closer to the end of his career than the start of it, but after a year away from the sport to get healthy and focused again, he gave it one more shot.

100 seconds was all it took for Mir to knock Silva out, pick up a Performance of the Night bonus, and renew his hopes for another run at the big dogs in his weight class. And that was worth cheering about. 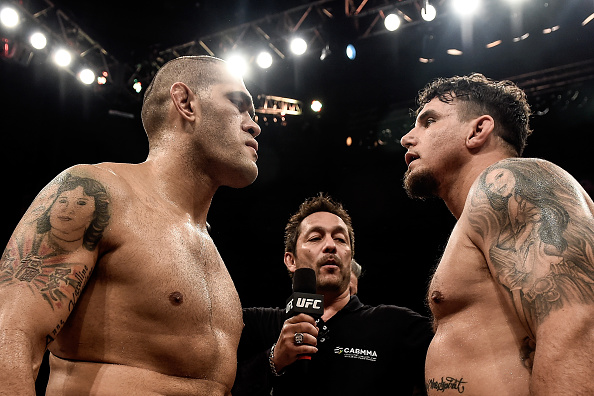 “It’s a good feeling,” Mir said. “I’ve entered a niche where people can relate to me. I’m the guy they’ve seen fight for a long time and I’ve had the ups and downs and become almost like ‘their’ guy. It’s nice to be in that situation and be that person.”

At that point, some might have decided to take a victory lap and maybe even walk off into the sunset. Mir isn’t one of those folks, as evidenced by his quick turnaround for a Wednesday bout against Todd Duffee in San Diego. For him, the reason for continuing his career is a simple one.

“I just realized that fighting healthy, or as healthy as we can possibly be, has great bearings on your performance,” he said, making it clear that he had no doubts about whether he had anything left in the tank while walking into the Silva fight.

“No. Because I’ve fought so many times, I know what my training looks like and how that’s going to carry over into the fight, and at that point, because of what I was doing in the gym, and how I was moving around, I knew I had a very high probability of success.”

It’s the talk of a veteran, a man with the most UFC wins at heavyweight in company history (15) and someone hungry for more in a division that looks chock full with intriguing matchups for the Las Vegan. More important than that though, among the big men, a couple wins can erase a four-fight losing streak and put Mir back in the title race. 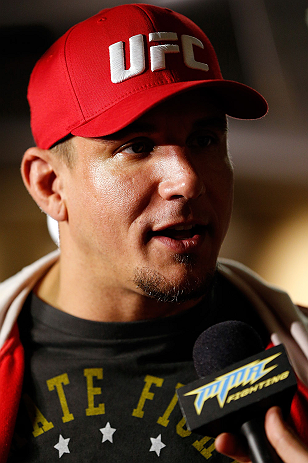 “The way heavyweight fighting has always been in the UFC is that if you string together two or three wins against notable opponents, you’re knocking on the door to fight for a belt,” he said. “So you’re never too far away from it. The only thing is that the ten guys that are in the heavyweight division of the UFC are the ten best in the world, and so it’s not easy to string together two or three wins. (Laughs) But when you do, you don’t have to pull a Donald Cerrone and be on a seven, eight, nine fight win streak before you get a title shot.”

In the meantime, Mir has Todd Duffee to deal with. Once the hottest prospect in the division, the American Top Team standout has been fairly inactive due to medical issues, but after knocking out Anthony Hamilton in 33 seconds last December after nearly two years away, he’s a player again, and he made it a point to call out Mir for Wednesday’s main event. That was something that got Mir a little more interested about throwing hands with Duffee, which might have not been the case otherwise.

“If they had just scheduled us to fight each other and it really wasn’t his choice, I might have fallen victim to that,” Mir said of overlooking Duffee. “But the way he called me out, and the antics he pulled in some of his interviews and on social media, it caught my attention and made it very easy to want to train to go out there and want to embarrass somebody. There’s one thing training to win a fight, but to train to also go out and completely clown somebody and embarrass them and show them exactly what I think – one thing’s to say it, ‘well, I’m that much better than you and in a whole different class.’ But I actually have the opportunity to go out there and show everybody. So even a close fight with Duffee would actually piss me off.”

And it never hurts to give a 36-year-old who has seen it all in the fight game a little extra motivation.

“It was a good thing,” he admits. “I’m driven to train and do well in fights; I’ve never really needed a whole lot of outside motivation, but it did get me inspired.” 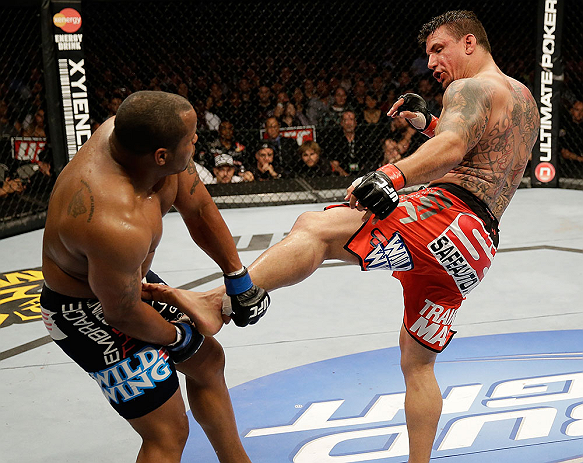 Yet even when referring to Duffee as “The Who Guy,” someone who people on the street say “who” when he tells them who he’s fighting, Mir is taking this fight and the imposing knockout artist seriously.

“He does pose a threat,” Mir said of Duffee. “I’m not completely underestimating the guy. In fact, I think of him as a glass cannon. He’s very dangerous and explosive, he’s a good athlete, and he throws hard. But like all techniques in martial arts, if I know what you’re about to do before you do it, you’re kind of at a disadvantage.”

That’s all Frank Mir needs. Find an opening and make his opponent’s disadvantage his advantage. If he does that on Wednesday, those fans will stand up and cheer for him once again.

“I’ve paid my dues,” he said. “I’ve put some beatings on people and I’ve taken my share of beatings (Laughs), and I’m still standing here and pushing forward. That’s one thing people can relate to me on, that not every day is a stellar day at work. But I’m still trying to plug away and improve and I’m constantly showing up and giving my best effort.”