"I always knew I would make it to the UFC, and I worked hard for it." - Francisco Trinaldo 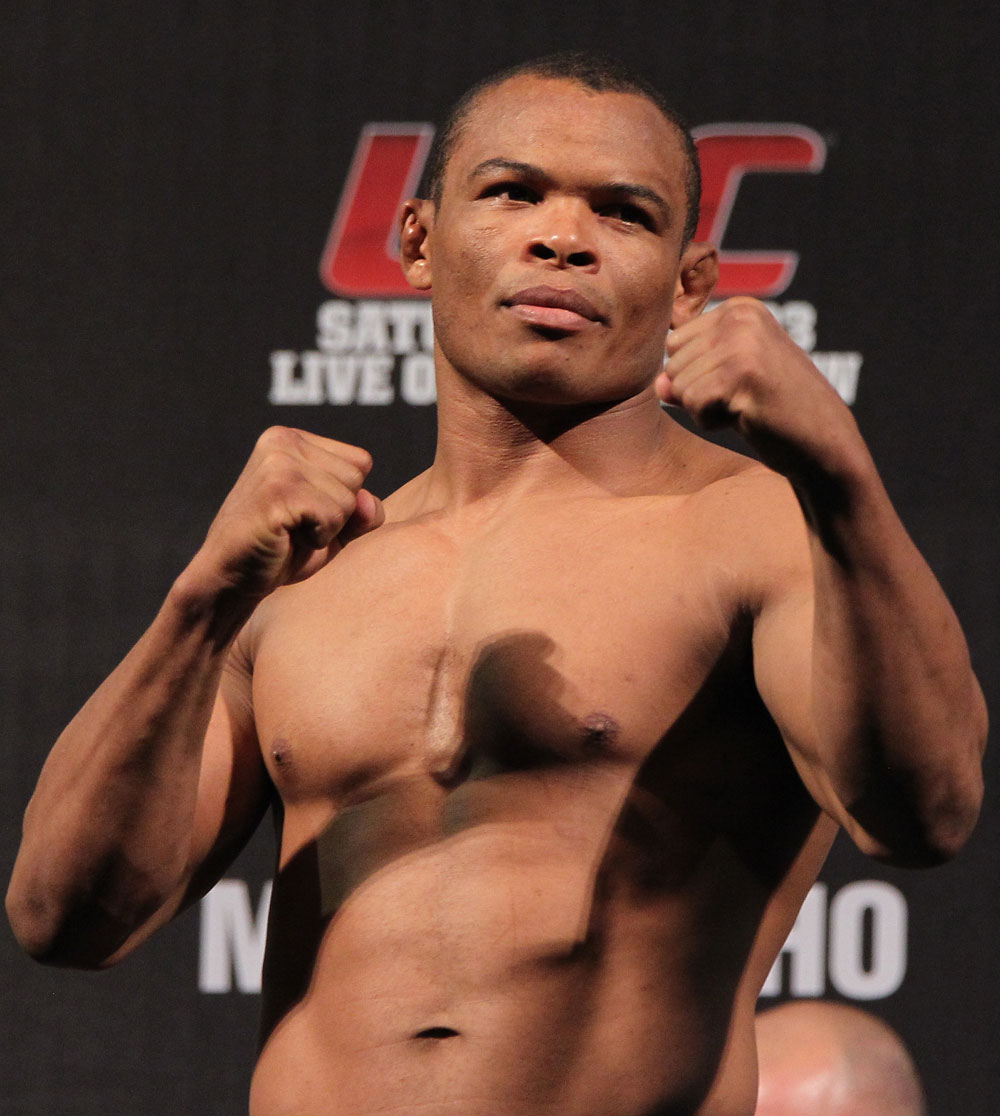 Life is good these days for Francisco Trinaldo. Note that I didn’t write ‘easier,’ because life as a professional fighter is always hard. But when you’ve come from the depths of poverty like “Massaranduba” has, made it to the pinnacle of your profession, and have enough money in your pocket to finally live comfortably, hard work is a price he will always be willing to pay.

“My life has changed a lot,” he said of life in the UFC, through manager / translator Rodrigo Aguileras. “I have better financial conditions, but this is still not an easy life, and I train a lot every day.”

These days, Trinaldo has been training to get ready for his first bout of 2014 against Jesse Ronson at UFC Fight Night in Jaragua do Sul, Brazil on February 15. It’s his sixth bout since coming off the first season of The Ultimate Fighter Brazil, and while he’s been erratic in posting a 3-2 Octagon record, that has not stopped fans in his native country from flocking to his side.

“It makes me very happy,” he said of his growing following. “It is very good to get support from the fans. I fight for them.”

It shows, and after a decision loss to countryman Gleison Tibau in October of 2012, Trinaldo hit a hot streak, picking up submission wins over C.J. Keith and Mike Rio last year. He appeared to be on the way to a third consecutive victory when Piotr Hallman snuck back into their September bout and stunned the Brazilian at home with a submission win of his own.

“I learned to listen to my coaches,” he said of the lessons picked up in that fight. “I trained hard for that fight and lost because I over trained, but I’m not taking anything away from Hallmann’s efforts either, as he is a great fighter.”

That explanation makes a lot of sense, because as the aggressive Trinaldo’s gas tank emptied, Hallmann took advantage and finished the fight. The habit of working hard in the gym and in fights isn’t one that will be easy to break though, as outworking everybody was how he got here in the first place.

“I have always been a hard worker,” said Trinaldo of his early days. “I wanted to be a soccer player, but I’d get into a lot of fights during the games (Laughs), so I decided to switch careers and become a fighter.”

He was 23, a late start to say the least for someone aspiring to one day make it to the UFC, but he persevered, kept jobs as a guard, field worker, and pizza maker to help make ends meet, and 13 years later, the 35-year-old southpaw achieved his dream, or at least the first part of it.

“I always knew I would make it to the UFC, and I worked hard for it,” he said. “We must always have faith and believe that everything will work out in the end.”

It has, even though Trinaldo has no intention of slowing down anytime soon.

“This year I want to have only victories, and I also want to fight at least three times.”

As for what happens after that, we’ll see, but when asked about one of his previous gigs, he says he might make an eventual return.

“I still have plans to open a pizzeria in Brazil,” he laughs, telling a New Yorker that the pizza he used to make was pretty good. “But only when I retire.”