"It’s difficult if you play his game, but I’m going to make him play my game and win this fight and get back to the top of the weight division." - Francis Carmont 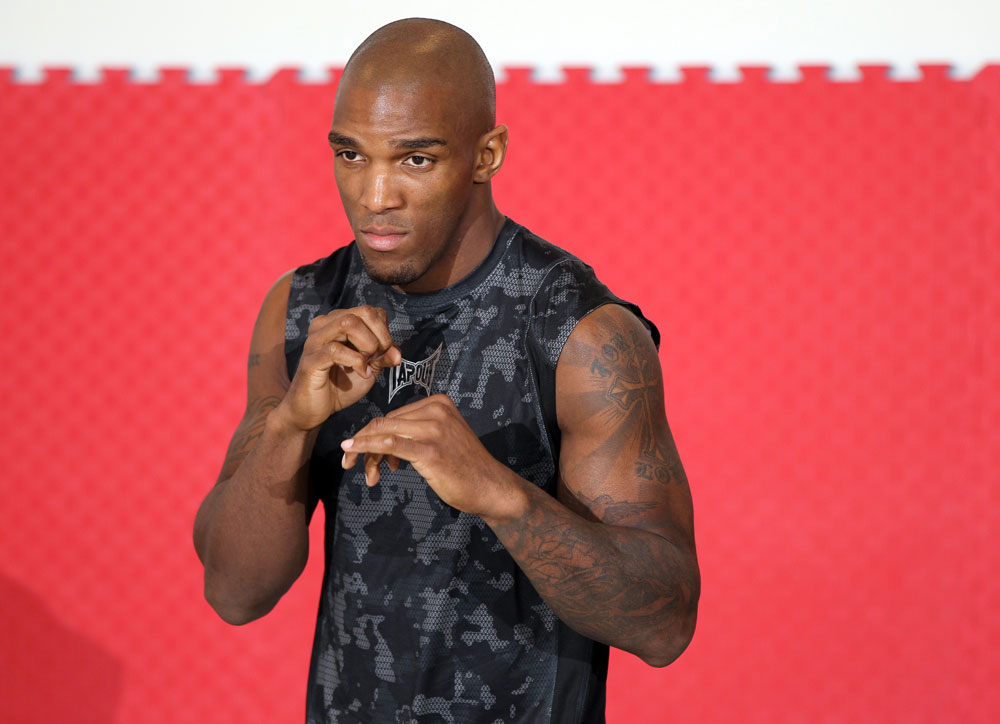 Francis Carmont isn’t a superstitious person, but if he can find a little good luck charm in the form of a trip to Tulsa, Oklahoma for a Saturday fight against Thales Leites, the Frenchman will most certainly take it.

“Maybe it’s a chance for me to come back in the United States,” Carmont, who is unbeaten in three fights Stateside, laughed.

In good spirits as he prepares for his bout with the streaking Leites, who has won six straight, the 32-year-old hasn’t been plagued by doubt after he saw his own 11-fight winning streak hit the skids with back-to-back losses to “Jacare” Souza and CB Dollaway in 2014. In fact, ask some observers, and they’ll say Carmont was more exciting in defeat than in a few of his wins.

He admits to trying to switch things up in an effort to excite the fans, yet this time around, he’s says he’s not just going to provide compelling television, but get a win as well.

“I’ll show something different this time because when I fought the last two guys, Ronaldo “Jacare” and Dollaway, I changed some things in my game. I just wanted to knock Dollaway out and I forgot my wrestling game. This is mixed martial arts and I made more of a kickboxing match. But I am sure this time I will beat my opponent and make a good fight.”

On paper, it’s an intriguing matchup, with Leites looking like a new fighter since he came back to the UFC in 2013, and Carmont turning into a must-see competitor simply because of his talent level and the idea that you don’t know which version of “Limitless” will show up.

The Tristar team member out of Montreal may not know either, but with a win over Leites, the number 12-ranked Carmont does expect a move back north in the rankings, and at this point, that’s the only thing he wants.

“To me, Thales Leites is a very tough opponent,” he said. “He’s the second Brazilian guy I fought in my career. The other one was Jacare Souza. He’s a black belt in jiu-jitsu, and he came back to the UFC very strong and he had good performances in his last three fights. It’s difficult if you play his game, but I’m going to make him play my game and win this fight and get back to the top of the weight division.”