On a four-fight win streak, Sanchez has his swagger back 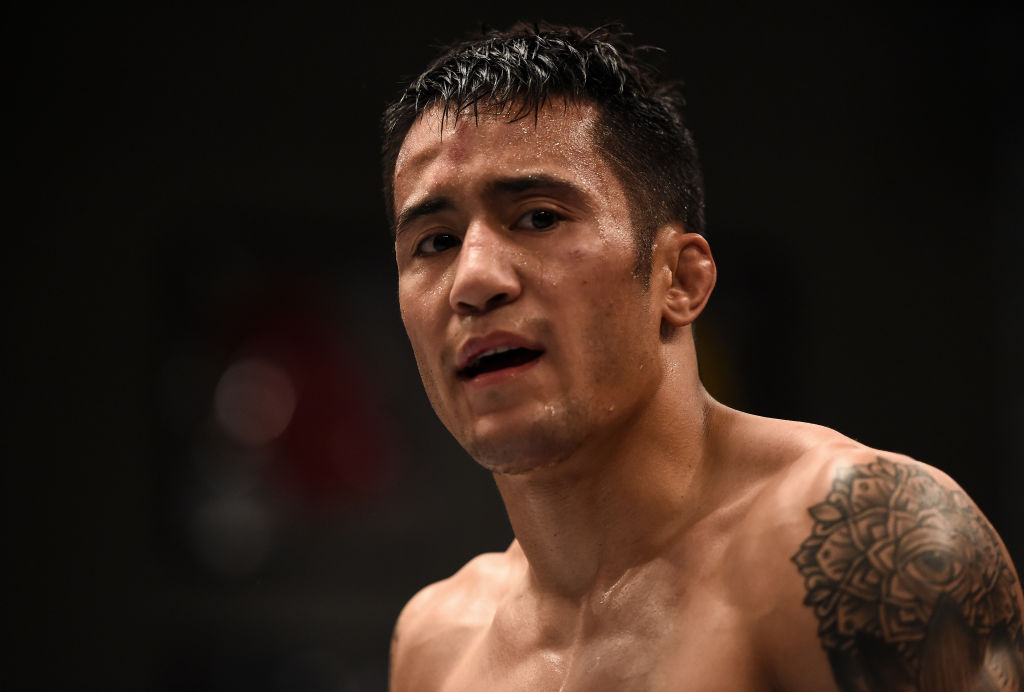 The morning comes around too fast for Joby Sanchez, but he doesn’t complain about getting up at 4am to work his shift at UPS before heading to the gym to get ready for his return to the UFC this weekend against Roberto Sanchez.

“I’m thankful for the job and it gives me the opportunity to focus the rest of my day on training,” said the Albuquerque native, who has waited more than two years to step back into the Octagon and resume a journey he believes will result in a world championship.

The first time around, it didn’t go the way he planned it. Warned by his coaches that he may be a little green to be tackling the best flyweights in the world after just six pro fights, Sanchez learned that lesson the hard way.

And he may be right. Since losing to Geane Herrera in December 2015, Sanchez is 4-0 with a pair of stoppages, the most important one coming in August of last year, as he stopped JP Buys in the second round. The win, his second on Dana White’s Tuesday Night Contender Series, earned him a UFC contract. And as a sign of his change in maturity from 2015 to now, he said that even if he didn’t get brought back after the Buys fight, he was not going to lose sight of the prize.

So what was the secret that brought him back? Was it an upgrade in his physical game or his mental approach to the sport?

“I believe it was both,” he said. “I did have to approach things a lot differently. I had to change the ways I trained, even down to eating correctly. I was always capable of being in the UFC, even then. Was I able to do as well as I wanted? No, I wasn’t ready. So I built my mental game and my skills.”

And his coaches gave the thumbs up for UFC Run #2.

“Everyone knew I was ready this time, especially after that second Contender fight,” he said.

Yet as he gets ready for his return, he isn’t putting the weight of the world on his shoulders. In his eyes, this is just another fight. But he does admit that getting to fight in an environment with the UFC staff in attendance, the cameras rolling and UFC President Dana White at Octagonside did prepare him for what he is coming back to.

“The Contender series was run very well,” Sanchez said. “It felt just like a UFC event and it was nice to be in that environment. I truly enjoyed it and it gave me a little taste of what I’m gonna feel this week.”

Will that feeling include getting his hand raised in the Octagon for the first time since he beat Tateki Matsuda over three years ago? He’s not one for predictions, but he does plan on staying busy and making a run at the 125-pound division’s best sooner rather than later.

“By no means am I in a rush to get into the top 15,” he said. “But I do want to have three fights this year and maybe by the end of my third fight, be in the top 15 or about to fight a top 15 opponent. But with that being said, the flyweight division is small, so jumping into the top 15 could be one or two wins away.”

Sounds like Sanchez has his swagger back and he’s not shy about admitting that.