BANGOR, MAINE, August 16 – With Ian McCall and John Lineker both scoring big wins in recent bouts, Saturday’s UFC Fight Night prelim bout between top ten flyweight contenders Jussier Formiga and Zach Makovsky was a pivotal one. When it was over, the number six-ranked Formiga pulled out the unanimous decision win at the Cross Insurance Center, putting his name in the title picture at 125 pounds.

“I’m very happy with my performance tonight," Formiga said. "I needed this win badly against a top ten guy like Makovsky who’s very tough. I managed to get out of this fight with no injuries so I want to stay active and fight again as quickly as possible. I’m ready for all the challenges the UFC has for me and I’m ready to get that belt.”

After some stand-up action to get the bout started, Formiga found his opening to get the fight to the mat, and with remarkable flexibility he twisted and turned and got his opponent down. Makovsky was solid defensively though, and he got himself free and into the top position, where he stayed briefly until the two stood. Makovsky had some success standing, but with 90 seconds left it was Formiga taking the former college wrestler to the mat again, and he kept it there until the bell.

The stand-up action in round two was closely contested, but after Makovsky spun out of Formiga’s Thai clinch, the Brazilian took his back and brought him to the canvas in search of a rear naked choke. Again, Makovsky’s defense was solid, but he wasn’t getting much done offensively as the fight went into the third round.

A third round takedown by Formiga was reversed on the way down, leading to Makovsky ending up in the top position. This allowed the Philadelphian to get some offense going, and though he kept Formiga grounded for the rest of the bout, he wasn’t able to get his opponent in trouble or do enough damage to turn things around in time.

McMann wasted little time getting the fight to the mat, but Murphy stayed busy from the bottom as 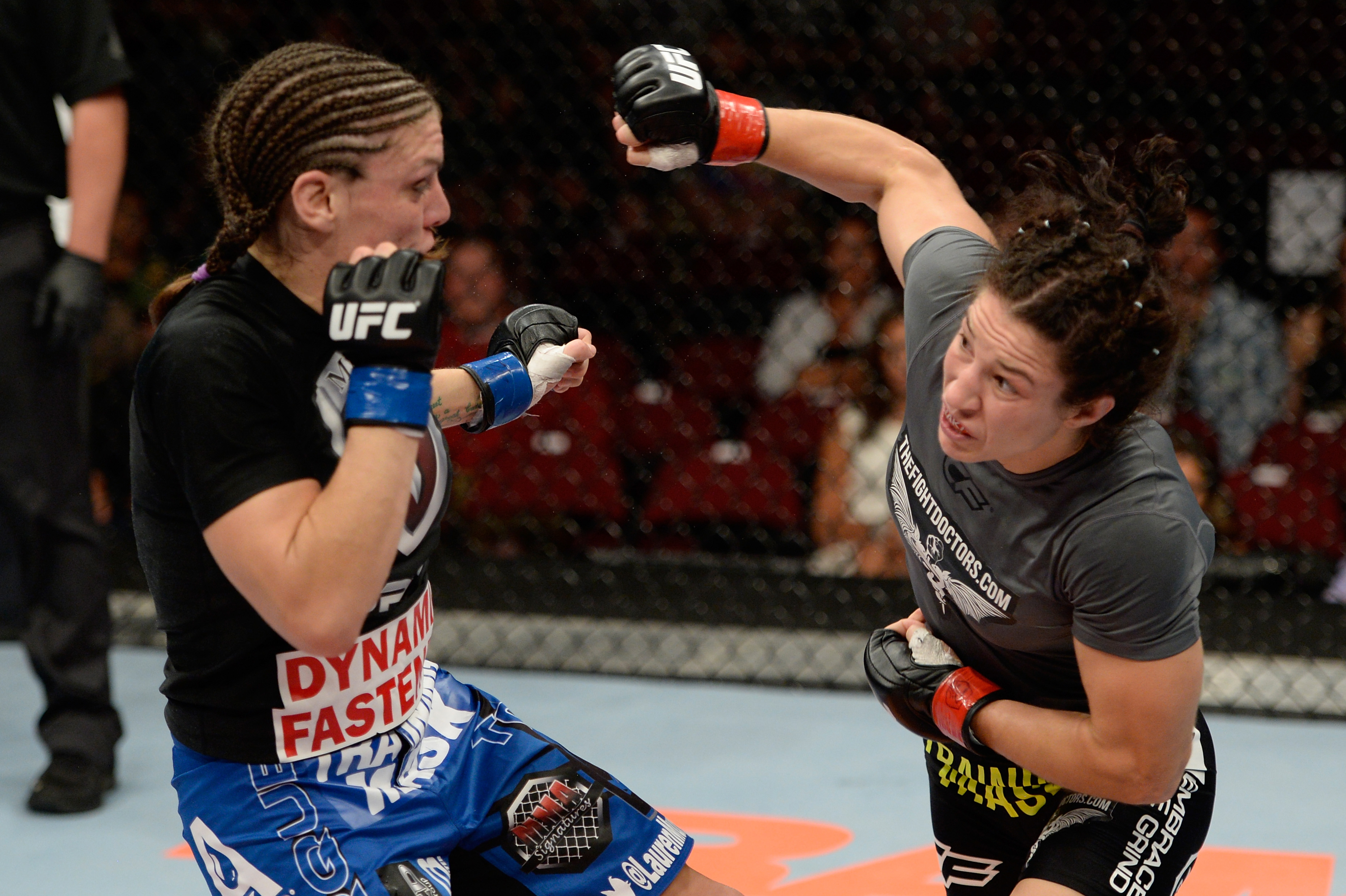 soon as she hit the deck. Eventually, McMann began to take control, and she did just enough offensively to keep the fight from getting restarted, with the fight remaining grounded for practically the entire round.

Murphy got off a couple strikes standing in the second round, but soon she was on her back again courtesy of a McMann takedown. The Alaska native tried to mount an offensive attack, but in the face of the former Olympic Silver medalist’s smothering wrestling, it was a losing battle. With a little over a minute left, referee Kevin MacDonald restarted the action, only to see it go back to the canvas for the rest of the frame.

In round three, McMann didn’t have the consistent success with her wrestling that she had in the first two frames, allowing Murphy to put some points on the board, but it was not nearly enough to turn the fight around and get the victory.

With the win, Tacoma Park, Maryland’s McMann ups her record to 8-1; Murphy falls to 8-1.

Two years after The Ultimate 16 ended, Sam Alvey finally got his shot in the Octagon, and while he finished strong against British middleweight veteran Tom Watson, it wasn’t enough for the victory, as “Kong” scored a close, but unanimous, three-round decision win.

Watson was busy with his striking as the bout commenced, switching stances to unleash kicks both upstairs and down. The southpaw Alvey would flurry back sporadically, not landing anything 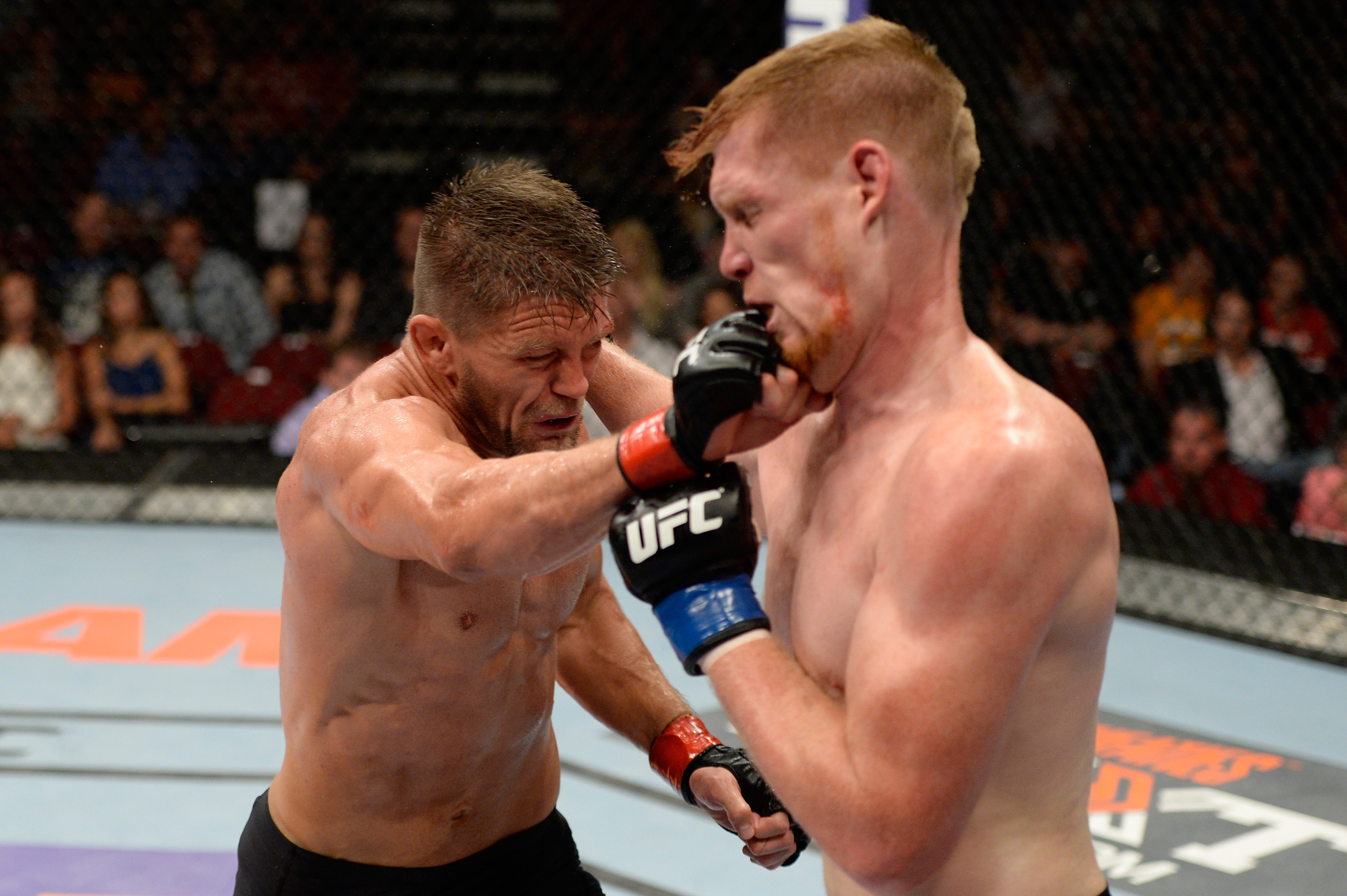 of consequence until Watson slipped to the mat in the latter half of the round. And it was “Kong” ending the round strong with a flush right to the jaw.

Alvey continued to have no answers for Watson’s attack in round two, with the Brit putting on a technical striking clinic as the TUF 16 alum simply looked for the home run haymaker that would turn things around.

In the opening minute of the third, Alvey found that home run swing, and after rocking Watson, he bloodied him and opened fire against the fence. Watson took a series of hard shots but he was able to get out of danger. The fight had now swung in Alvey’s favor though, and he was able to tag Watson with greater accuracy as the seconds ticked by. Unfortunately, he wasn’t able to put him back in trouble, and Watson’s early lead was enough to take him to the points victory.

“It was a good fight," Watson said. "I managed to get caught with a pretty hard elbow and Sam has heavy hands. He’s very sneaky with his striking and I let one get through. My game plan was to stay on the outside, away from his range, and make him charge at me. I’m a great counter puncher and I think I did a good job with that tonight.”

Ticman (4-2) appeared to be the faster and more athletic of the two fighters in the first five minutes, but Saenz’ tenacity and work rate, along with a takedown and some hard ground 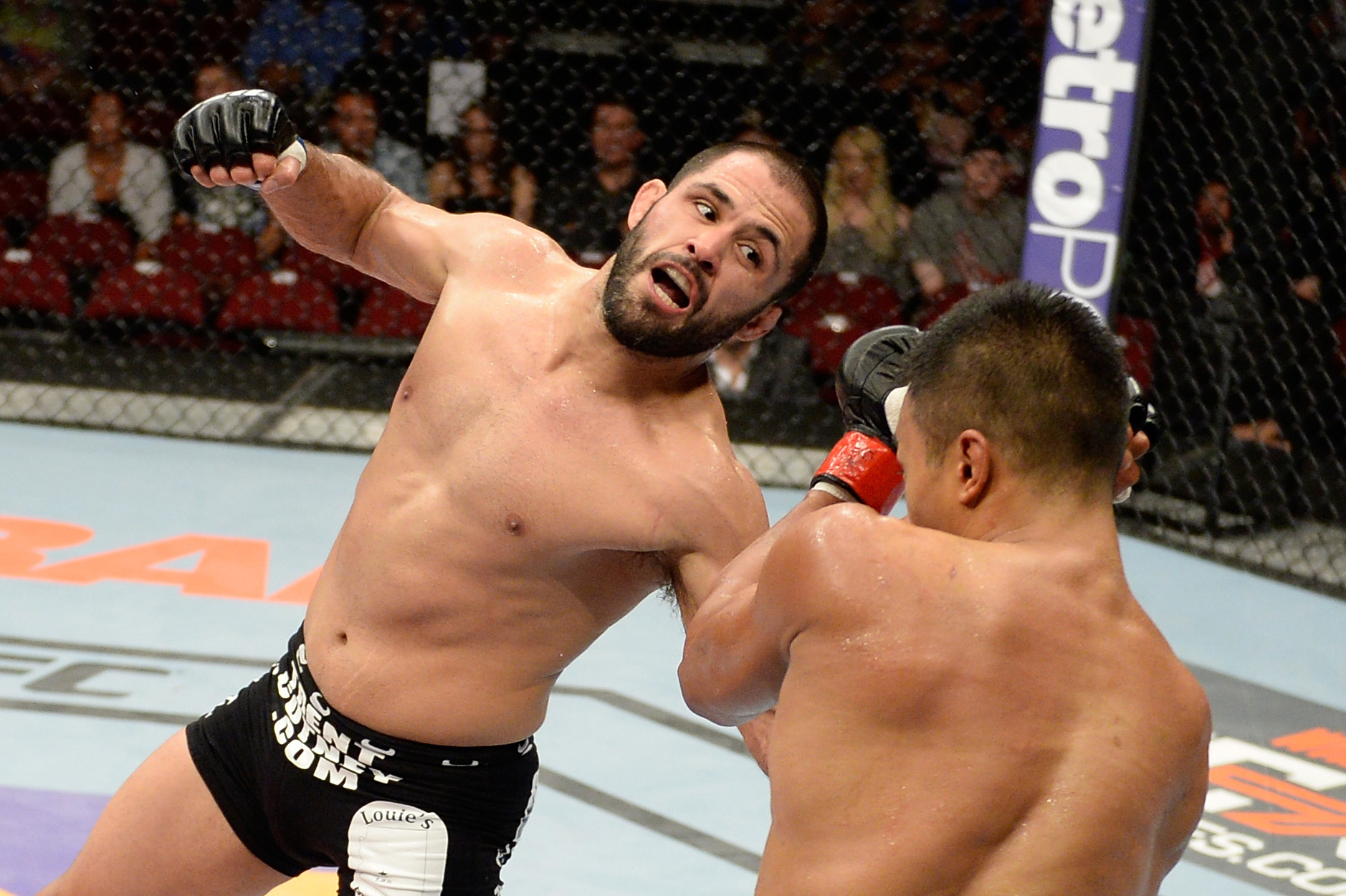 strikes, allowed him to take the opening frame, and nothing changed in the second, as Saenz pushed the pace, avoided brief flurries from Ticman, and dominated when the action shifted to the mat.

In the second minute of the final round, Saenz (9-2) got Ticman into his first serious trouble of the night when he nearly sunk in a rear naked choke, and though Ticman got loose and to his feet, Saenz remained relentless with his pressure, clearly locking up his first Octagon victory.

“He’s a very heavy hitter so I just had to be careful in the early going out there," Saenz said. "He caught me a couple of times with some very solid shots but I think I destroyed him from the inside out, especially in the clinch."