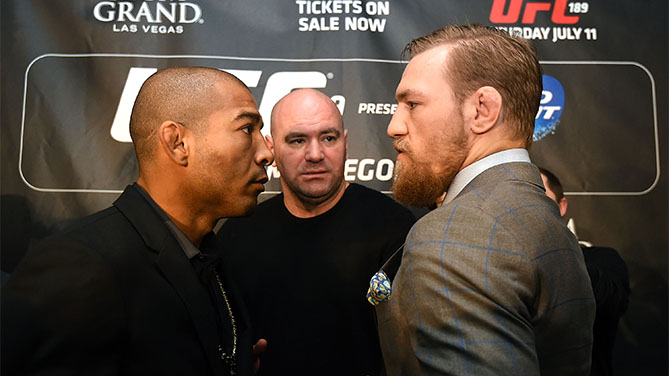 This may have been the eve of Conor McGregor’s triumphant return to Dublin, but London was not to be outdone. Fiercely poised UFC featherweight champion Jose Aldo and McGregor, his fiery challenger, embraced the seventh of their eight-city UFC 189 World Tour on Monday with renewed vigor.
> Watch UFC 189 Championship Tour Embedded: Episode 1 | 2 | 3 | 4 | 5 | 6 | 7 | 8

With UFC President Dana White at the ready to separate and officiate all of the heated face offs, there has been no real physical contact between Aldo and McGregor despite their heated rhetoric and close proximity – certainly no slapping and no pushing.

Some prodding? Well, there’s been that. 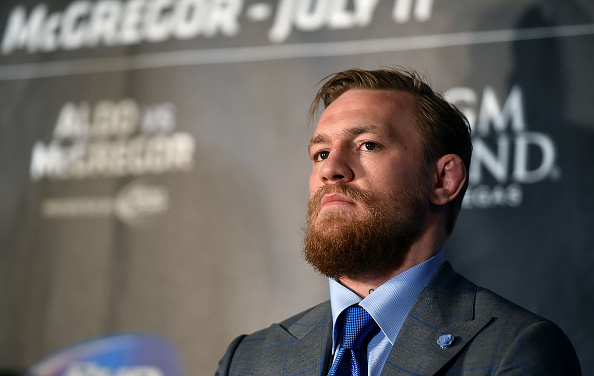 “I didn’t slap him in the back of the head,” McGregor said of the inaccurate account of a very physical encounter during a commercial break while shooting morning television during last week’s stop in Toronto. “I put my hand on his neck and I bent him over.”

With that, McGregor smiled wickedly. And Aldo simply shrugged. “He just grabbed the hoodie of my jacket. It wasn’t a slap,” the champion said of the much-discussed Toronto contact. “I don’t know if he likes me or not.”

Aldo and McGregor have been worthy promotional foils as the UFC 189 World Tour moved from Rio de Janeiro to Las Vegas, Los Angeles, Boston, New York City, Toronto and London. It ends in McGregor’s hometown of Dublin on Tuesday, and all hype catapults toward a July 11 showdown in Las Vegas.

The Dublin finale includes two fan Q&A sessions at Convention Centre Dublin with White, Aldo and McGregor, along with a cast of Ireland’s brightest UFC stars. The event will be streamed live at www.ufc.com and via satellite, starting at 10 a.m. PT/1 p.m. ET/6 p.m. IST.

After a brief hiatus caused by an airline cancellation of McGregor’s original flight for Toronto to Dublin, the tour resumed Monday in cool, drizzly London with a dual media opportunity aboard the 443-foot (135 meter) London Eye ferris wheel along the South Bank of the River Thames. Each fighter commanded a car and his own cameras.

They came together again at Café Royal on Regent Street in London’s Piccadilly, a venerable place where high tea is usually the order of the day. Instead, Aldo’s UFC championship belt – his possession since Nov. 20, 2010 – lay atop a finely pressed tablecloth in front of the guests, rather than fine china.

Here, McGregor summed up his appreciation for what this World Tour has meant to him, an experience of a lifetime that validates his position as a UFC superstar.

“It’s hard not to love it. I’m not the biggest fan of the media obligations. I get up and I get it done better than anybody,” McGregor said. “I am aware that it is a separate discipline that you must pay attention to. You just have to be yourself and understand this is part of the game, because it can drain people. It can drain them mentally. It’s a different kind of tired. So you have to adjust to it.” 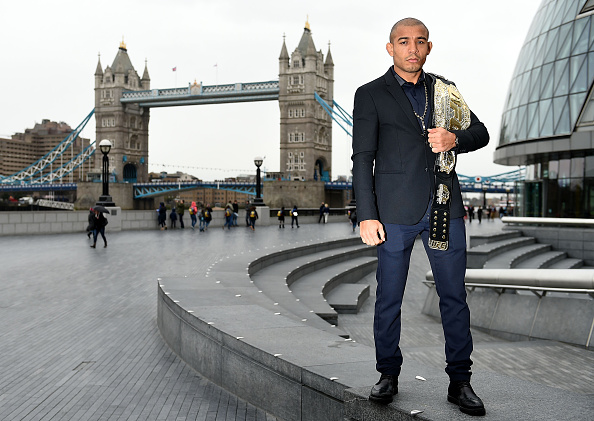 Indeed, everyone on the tour has experienced some palpable ebb of energy at some point during this emotionally and physically demanding tour. Tension has gripped their face offs and dual appearances, while comedic relief, hotel suites, private jet travel in North America, bespoke fashion suits and eclectic music tastes – Aldo’s constant playing of “Crazy” by Gnarls Barkley; McGregor’s love of loud gangster rap – have made the 13,142 nautical miles (21,201 km) flown between March 20-30 largely bearable.

“This (tour) has been 15 weeks out from the (July 11) fight,” McGregor continued. “Private jets. Suites. City to city. Fan interaction.

“You’re going into these different cities and in each city you’re getting blown away by the fans that are showing a passion. Whether they want to see me win, or they want to see him win, it just gives you energy. This is the way it should be done. So I’m happy to have done it.”

And what have the fighters gotten from each other after 10 days of verbal and mental sparring? 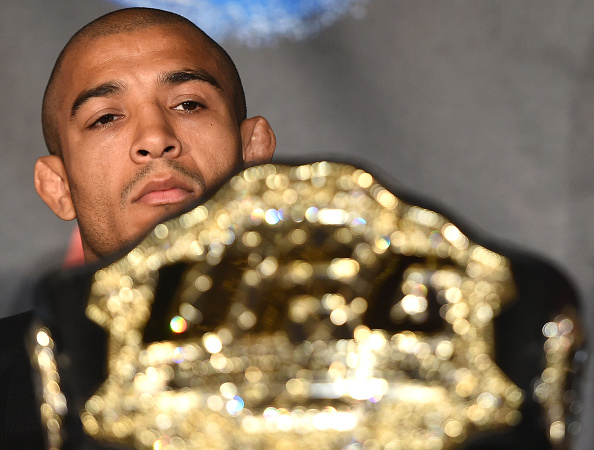 “What he says, that has no meaning to me,” said Aldo, who has been the more stoic of the two by far. “Of course I’m going to be training very hard and in my head, I don’t even think about this talk.”

Aldo hails from the favelas of Brazil; McGregor from the streets of Dublin. The hardscrabble heritage of both lends to their bitter distaste for each other, and their relentless drive to achieve success and maintain superiority.

“Unfortunately for him, there is no one to separate us on July 11.”