The Forces That Shaped Neil Magny

When the U.S. Army deployed Neil Magny to the Middle East in 2007 as part of Operation Iraqi Freedom, he found it difficult to imagine that he’d ever return—particularly as the headliner of a UFC Fight Night.

“After my deployment, I did not think I would come back to the Middle East anytime soon. It’s kind of surreal to be able to come back here ten years later and have it look completely different from what I remember in my mind when I first came here. My first memories of getting off the plane overseas was just the dry heat hitting you in the face. It felt like a blow dryer blowing on your face full blast. This time around I’m getting off the plane to palm trees and cold water and that kind of thing…it’s surreal to get off the plane and see what the Middle East is like now.”

His mission for this trip still involves combat, but the similarities end there.

“They’re both work trips, so to speak, but they’re two completely different things. When I was here in the military, I was here because I had to be here. For the UFC, it’s a privilege. I get to be here. I get to partake in what’s going on here. I get to be part of the show. I get to go out there and do what I love. I think that’s the biggest shift in my appreciation for being here this time around.”

Taking on Michael Chiesa in the main event of a special Wednesday show on UFC Fight Island, the oasis in Abu Dhabi feels worlds away from his days in fatigues. But it was a life he still keeps extraordinarily close.

“I definitely have huge pride and appreciation for my time in the military. It’s one of those things…I even miss it at times. I’m still like ‘Can I balance UFC and military life? I know Tim Kennedy did it,’ he smiles. “It’s definitely something I’ve wrestled with from time to time, wondering if I could do both.  But I definitely have a greater appreciation for my experience in the military now that I’m out of the military and doing what I love in the UFC. Being able to find comfort in uncomfortable positions is something that I sure do strive in. It’s showed time and time again in my UFC career thus far.”

Magny would spend seven years in service of his country. In addition to it building his character as a human being, the experience has continually proven to be a benefit on his UFC journey from day one, with his appearance on The Ultimate Fighter: Team Carwin vs. Team Nelson back in 2012.

“Doing the Ultimate Fighter series, for a lot of people it was difficult. They were in a house for seven weeks away from their family, and that stress built up on a lot of guys. For me, it was kind of a walk in the park. It was like ‘You want me to go to a mansion in the middle of Las Vegas to fight for a UFC contract? I’m there; this is easiest thing I’ve ever done in my life.’ I knew where I was going to be, I knew it was going to be safe, I knew I had nothing to worry about. It made fighting very easy for me when I was on the Ultimate Fighter.”

Even now, in the midst of a global pandemic and extraordinary precautions to keep athletes and staff safe, Magny once again finds himself at ease with the benefit of his experience.

“Here I am over ten years later in Abu Dhabi for this event and it’s kind of a similar thing. Because of the current environment we’re in, we’re kind of on lockdown at the hotel, that kind of thing. For a lot of fighters, it can be stressful. ‘I want to leave the hotel! I want to see different things!’ But for me, I’m thriving in an uncomfortable environment. This is a walk in the park. These is one of the easiest things I’ve had to deal with AND I get to go out there and fight on Wednesday. That’s my time to shine.” 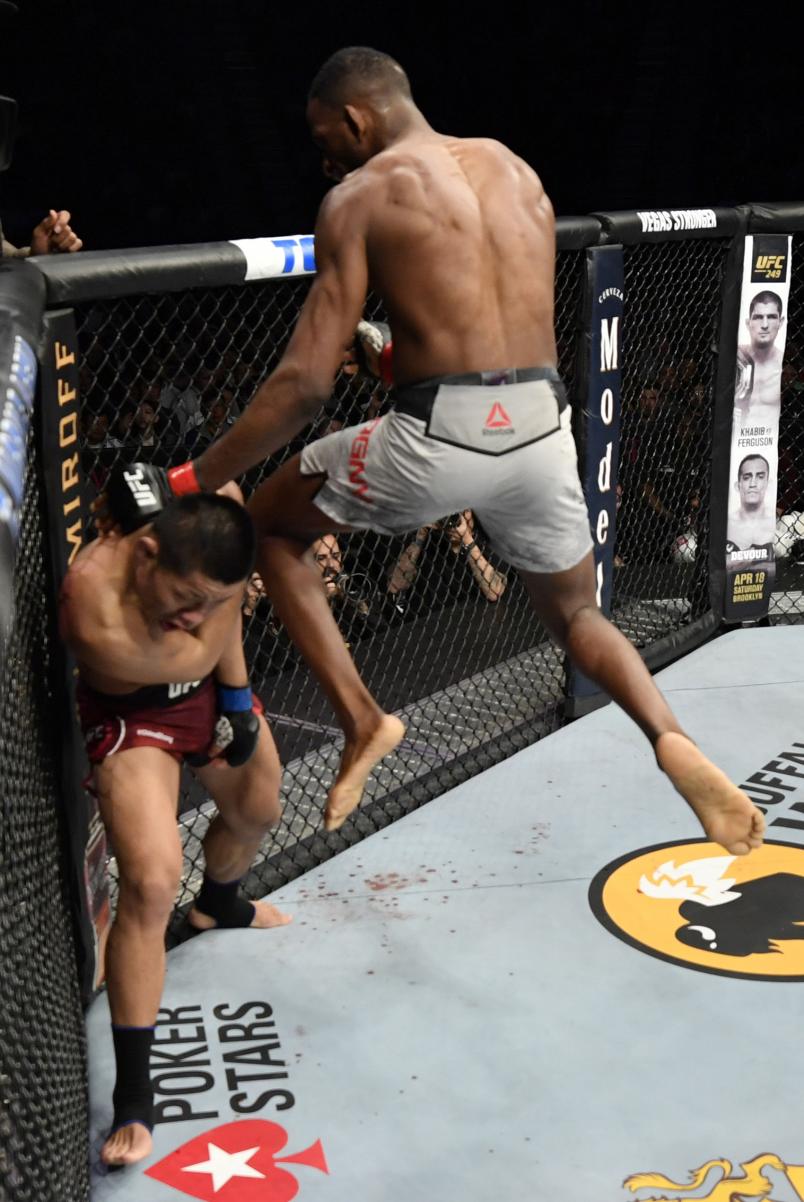 If recent history is any indicator, Magny will indeed shine. Since returning from a frustrating year-plus layoff in 2020, “The Haitian Sensation” has strung together three impressive wins over Li Jingliang, Anthony Martin and Robbie Lawler. Back in the main event slot for the first time since 2018, Magny knows his moment is now.

“On Wednesday I need a dominant performance against Mike Chiesa in order to reach the next level in my division. There’s a lot of really good guys in my division, but I need to make myself stand out from the pack, and I feel a dominant win over Chiesa will allow me to do just that.”

Magny had promised during his layoff that he would come back a new fighter, a promise he has kept and then some, as a new gear was evident in his three 2020 outings.