For William Knight, It Was Just A Matter Of Getting Here

Light Heavyweight William Knight Looks To Build On His Successful Start In The UFC Against Alonzo Menifield at UFC Fight Night: Rozenstruik vs Gane
By Thomas Gerbasi, on Twitter @tgerbasi • Feb. 23, 2021

You never know where an interview with William Knight is going to go. So, bear with us as the conversation about the price of fame veers into unexpected territory.

“A person who truly believes in you is gonna ride with you when you're on a moped,” said Knight. “And when you get a car, it's like, 'Oh, I knew you were gonna get a car, can I get a ride?' Nope. You wasn't holding my waist when I had a moped. You were never behind me. So I take it as it is - I keep my circle small and let everybody ride the wave through my eyes. Let them enjoy the virtual experience.”

Knight, a two-time victor on Dana White’s Contender Series, made the move to the big show last September, and he kept those winning vibes going as he handed Aleksa Camur his first pro defeat via unanimous decision. Not surprisingly, the bandwagon started filling up as soon as his hand got raised after his introduction to the UFC faithful, with 5,000 Instagram follows and over 998 messages flooding his phone in the first hour following the bout. 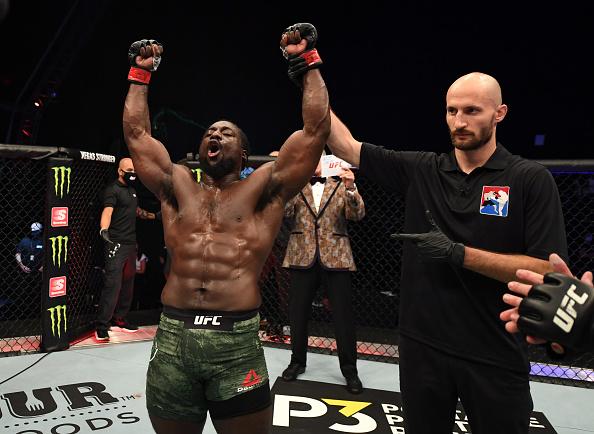 In this handout image provided by UFC, William Knight celebrates after defeating Aleksa Camur in their light heavyweight bout during UFC 253 inside Flash Forum on UFC Fight Island on September 27, 2020 in Abu Dhabi, United Arab Emirates. (Photo by Josh He

“That s**t was crazy,” said Knight, who waited a long time for a moment like this.

“I always knew I was UFC material; it was just a matter of getting there,” he said. “I was told by retired UFC fighters and coaches that trained UFC fighters that the way I train every day, I trained harder than some of the guys that have been fighting in the UFC for years. They told me my work ethic is going to get me where I need to go, and it got me there.”

It even got him a fight against the opponent he asked for in Camur, along with a trip to Abu Dhabi that he won’t forget any time soon.

“I wanted to fight him on the local scene and we never got to, so to be able to fight him in the UFC was very welcoming,” said Knight. “And we got to do it in Abu Dhabi on one of the biggest fight cards of the year. And also the PI (in Las Vegas), the nutrition people, all that, it was crazy. I never got that kind of detailed attention before. That whole experience, I felt like I was the King of Zamunda.” 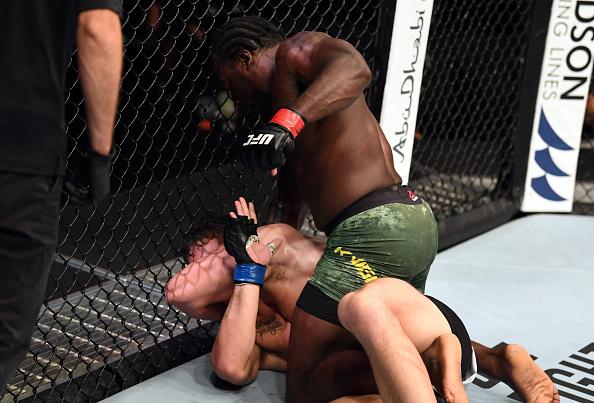 Knight laughs, also pointing out that for all the good things that he took away from his first UFC trip, he won’t miss the 16-hour flight to Fight Island. And though the “real” King of Zamunda, Eddie Murphy, returns to the spotlight in March, Knight is coming back a week earlier for a Las Vegas bout this weekend against Alonzo Menifield. It promises to be a battle of epic proportions between the two power hitters, but Knight isn’t too concerned with what the Texan brings to the Octagon.

No thoughts about it possibly being a rough night, then?

In fact, when asked if he’s ever entered a fight with the slightest sliver of doubt, he says no, before adding, “Yeah, my coach when I spar his ass. There's nothing more alarming and difficult than fighting a man who taught you your every move and that knows you down to the muscle that twitches before you throw a punch, and he moves and f**ks you up.” 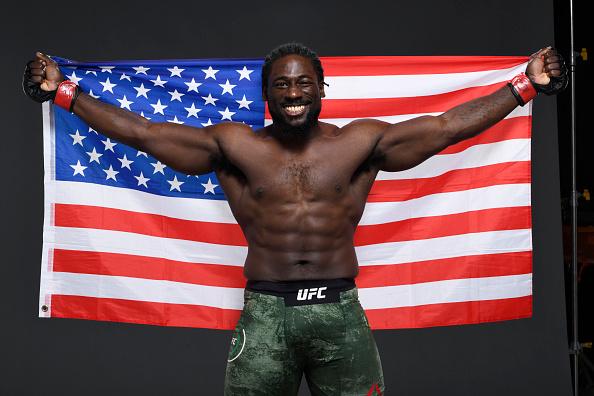 Kru Ed Thornton has gotten Knight to this point, though, and with the “Knightmare” working with the likes of UFC heavyweight Parker Porter and DWCS vet Justin Sumter, he’s ready for Menifield. Or anybody.

“This is what my coach does for me on Mondays - he calls on some of the guys like Justin Sumter, Parker Porter and all these dudes and I've got to spar them,” said Knight. “Every one or two minutes he'll cycle them out and as I'm dying, they keep their energy and they're staying strong, coming at me aggressively.”

And while the 32-year-old Connecticut native doesn’t say this type of work takes the edge off fight night, he will admit that the old gym mantra of “the more you sweat, the less you bleed” is accurate. 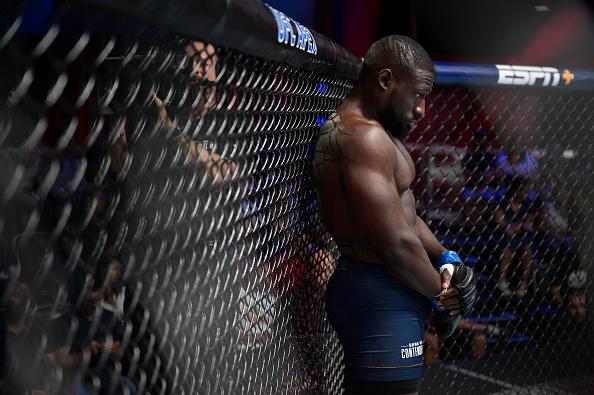 “The work in the gym is harder than the fight,” he said. “To me, it doesn't really take the edge off, but me getting to the fight is the most satisfying and exciting thing because now I get to fight somebody I don't have to see again. I can do whatever I want to this person and not have to worry about him as a sparring partner or training partner. After I'm done doing what I gotta do, I'm about my business. My opponent believes he's this tyrant, this monster, and he's gonna come in and clean me up, but that's not gonna happen.”

You know what that means, though. A four-fight winning streak, more social media followers and more people wanting to be a part of the William Knight Virtual Experience. That’s cool with him because he knows just how to get away. Yeah, we’re back to mopeds, which may have gotten a bad rap in recent years. But Knight expects to change that.

“Give me some time, I'll make it cool again,” he said. “I don't know why they got a bad rap over the years; they shouldn't have. It's like the best social distancing device you can use right now. Stay away from me, I'm outside in the open, I'm not closed in a car with somebody coughing on me and I can ride for miles.”