It’s about that time in the career of Rob Font. With five UFC wins (all by KO or submission), a top ten ranking, and a main card spot on Saturday’s fight night event in Milwaukee, the New Englander needs to get used to his time not being his own anymore as he deals with life in the spotlight. 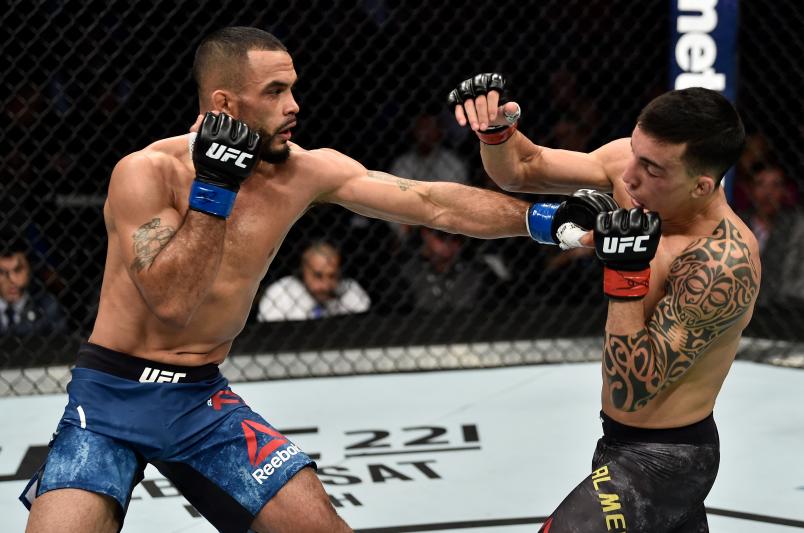 “I think it's a privilege,” he said. “They're coming to do interviews and the countdown shows and it's not an inconvenience. One day someone's not gonna be wanting to interview you and do all that, so I enjoy it, I have fun with it and I take advantage of it.”

Font laughs, smart enough to know that in sports, nothing lasts forever. But sitting back and reflecting on the past is a long time away for the Boston power hitter, who welcomes Sergio Pettis back to the bantamweight division this weekend. And while a lot of attention is focused on Pettis fighting at home in Milwaukee, Font has no problem spoiling the night for the former flyweight contender, especially after a decision loss to Raphael Assuncao in July that has him even hungrier to make a statement.

“I'm dangerous coming off the L and I'm going out there to put on a show,” Font said. “It's in his hometown, so I want to go in there and steal all that from him and give fight fans what they want. They want to see knockouts and I feel like I deliver that. I'm not too worried about going to a decision and him having the home crowd advantage. And he has a lot of pressure on him. I fought in my hometown and a lot goes into that, and not only that, but he's got to live up to that Pettis name. So he's got a lot of pressure on him, and I'm ready.”

A win puts him one step closer to the top five and the title picture, and if you’re a fight fan in Puerto Rico, it’s an opportunity to see two fighters who represent the island do battle, not as common a thing in MMA as it is in boxing.

“In Puerto Rico, it's baseball first, boxing second,” said Font. “We're gaining momentum with MMA, but it's just not as big in the culture. But eventually we'll get there. We've got Pettis brothers (who are half-Puerto Rican and half-Mexican), myself and a couple other Puerto Rican fighters, but it's not as big as it is with the Brazilians or the Mexicans.”

It would be big if Font brought a championship belt to PR, though.

“Hell yeah, it would be something I could brag about,” he said. “And I would get a lot of media and buzz off of it because there are no Puerto Rican fighters that have done it big in MMA other than (Anthony) Pettis, who won the belt.”

Being a pioneering force for MMA in Puerto Rico wasn’t always on the mind of Font, but he has the potential to be just that in the coming years, which is a trip for the Boston product, who has had a memorable 2018 thus far.

As for his year in the Octagon, he admits, “It's been up and down. Obviously it started off with a big win, then in the summer I lost to Assuncao in a big fight, but I learned from it, and I'm finishing with another big name on another big card, so it's been a great year. I would have loved to win that last fight, but it's been a huge year, I think I did well.” 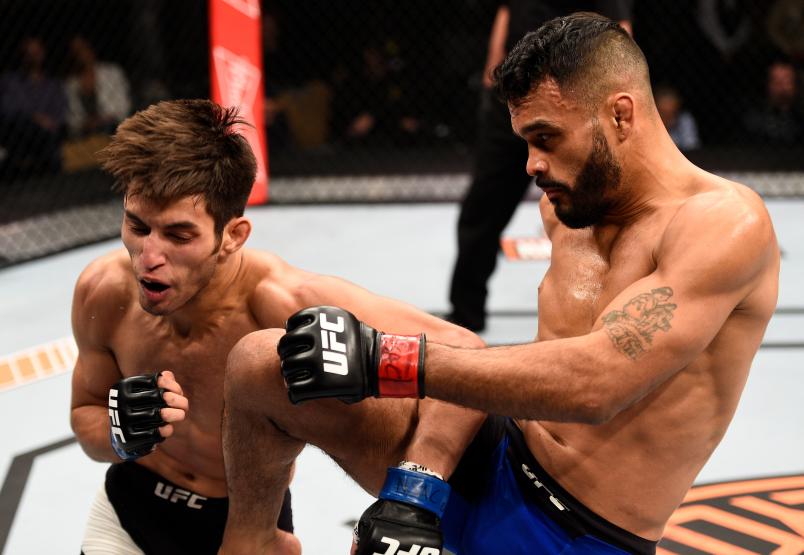 He has, and Font will likely be the first to say that the highlight (besides the Christmas tree, of course) would be learning from the Assuncao fight and taking those lessons into Milwaukee this weekend. It’s not the first time he’s been down the road, as he admits that he lost his first two fights in kickboxing and amateur MMA before settling in, and while many claim to live by the “Win or Learn” philosophy, he means it.

“I really do learn from the losses and try to get better,” he said. “You hear from that everybody, but I really do sit down and break down what happened. I take what I did good, keep doing that, and learn from the mistakes. I even lost my second pro fight and then I went on a tear. I was fighting a lot of tough guys, and I really do believe in getting better off the Ls. If I went in there and knocked Assuncao out with one punch, I would have never learned anything. Of course you want to get it done as quick as possible, but then you don't learn anything.”

I may be going out on a limb here, but I’m guessing that Font will postpone some learning if he can get Pettis out of there in a minute on Saturday. He agrees, but points out that when it comes to his striking, his past lessons are definitely starting to pay off.

“I feel like I'm getting sharper with the placement of my shots,” he said. “Earlier, I could accidentally hit you and knock you down. (Laughs) Now, I can place my shots just right and it would barely be a big shot and it would still put you away. And he (Pettis) definitely hasn't fought anybody like me. He's fought at '35 before, but I'm a pretty big bantamweight and I've got power, so once he feels it, he's gonna be like, 'Wow, okay, this is what it really feels like.'”