Font sees a clear path to the title 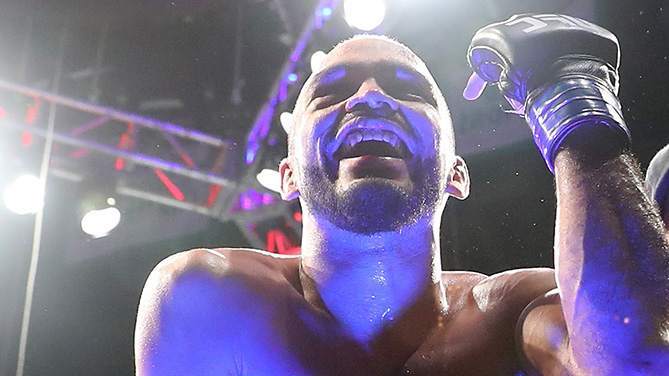 Rob Font celebrates after his knock out of Thomas Almeida in their Bantamweight fight during UFC 220 at TD Garden on January 20, 2018 in Boston, MA. (Photo by Mike Lawrie/Getty Images)" align="center" /> I don’t want to say Rob Font lied to me before his last couple fights, but he may have thrown a bit of misdirection at me and his opponents when he gushed about his love for jiu-jitsu. And while that’s all well and good, in January that was no jiu-jitsu player delivering another memorable knockout win, this one against Thomas Almeida.

What happened to the jiu-jitsu?

“If I was able to get the submission, I would have took it,” Font laughs. “But he left his neck out there, so I had to kick it off. But I really do like jiu-jitsu and I train a lot on the ground. I would never want to force that, especially with my next opponent. If I get any opportunities, I want to jump on a submission, but it’s tough because I’m always looking for the knockout for sure.”

That next opponent, Raphael Assuncao, is not just one of the top bantamweights on the planet, but a Brazilian Jiu-Jitsu black belt as well. The last time Font was in with a BJJ black belt, Pedro Munhoz, he got submitted in a little over four minutes. So is there something in the back of the Boston product’s mind that says, “Well, if I get Assuncao, it’s redemption for Munhoz?” 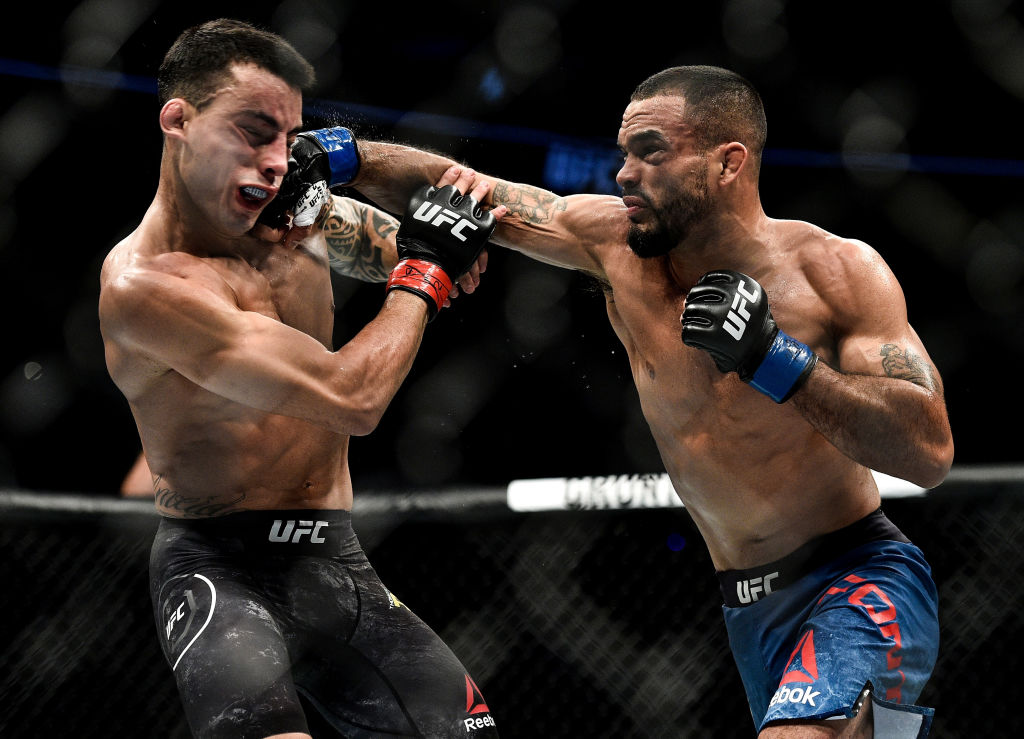 “I definitely think about it, but I can’t go out there and let my ego take over and try to submit Assuncao,” Font said. “He’s been around a while and he’s a black belt for a reason. I can’t force a submission or even force a takedown with him. I’m just gonna let everything flow and put my hands on him.”

That’s not as easy as it sounds, especially for the ultra-competitive Font, who isn’t above trying to beat his opponents at their own game, even if he could win easier with the hammers he’s packing in his four-ounce gloves.

“It’s funny, my coaches had a first round intervention with me,” he laughs. “I get a little carried away in the first round and that’s something I can’t do with this guy. It’s definitely difficult to not get carried away, but if you listen and watch the fights, you always hear (coach) Tyson (Chartier) calming me down, and once he calms me down, I lock in and it’s my time and I do my thing out there.”

He pauses before throwing in, “But I’m pretty good at jiu-jitsu, I promise you,” just for good measure.

If Font sounds at ease before the biggest fight of his career, that’s because he is and because he is on the verge of getting everything he’s sacrificed for if he keeps winning. Sure, there were setbacks against Munhoz and John Lineker, but wins in his five other UFC fights have shown him to be a dangerous foe for anyone at 135 pounds, including Assuncao, who has been in with the best on his way to a 10-1 bantamweight slate that has him knocking on the door of a title shot. So if Font knocks Assuncao off, he believes he should take his opponent’s place at the top of the line.

“He’s a guy that everybody believes should be fighting for a title, so if I beat that guy, I want that title shot,” he said. “We’re not looking past him, and it’s gonna be a great fight, but I believe I should at least be in the conversation.”

And whether it’s by knockout, submission or a three-round decision, Font doesn’t care. He just wants to win.

“I feel like I’ve got my team right, a select few that I really trust, and the matchups are working out perfect,” he said. “We got the hiccup with the Munhoz fight, then got right back in there with Almeida and now we got Assuncao. I’ve just gotta stay calm and relaxed and go out there and win this fight and we’ll get that title shot.”