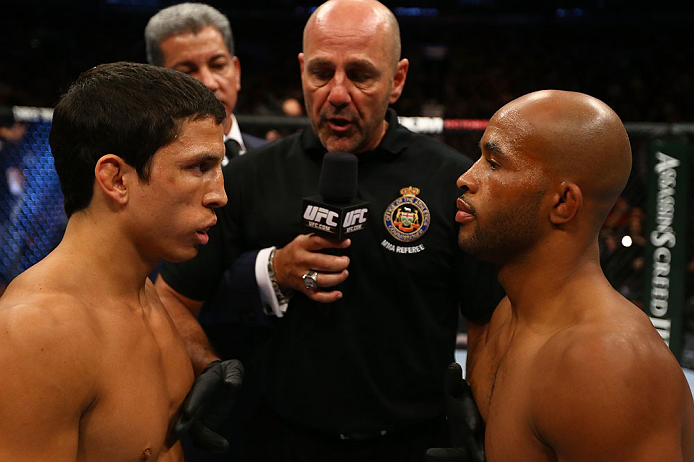 In September of 2012, Demetrious Johnson and Joseph Benavidez made history as the first two athletes to fight for the UFC flyweight title. On November 30, a little more than a year after the epic five round battle won by Johnson, the best two 125-pound fighters in the world will meet again in the main event of the Ultimate Fighter 18 Finale card in Las Vegas.

Since their first bout, Johnson has successfully defended his title with wins over John Dodson and John Moraga, while Benavidez fought his way back to the number one contender's spot with victories against Ian McCall, Darren Uyenoyama, and Jussier Formiga.

Also on the card, former TUF season five competitors Gray Maynard and Nate Diaz meet again in a pivotal lightweight battle, and the male and female winners of TUF 18 will be crowned.