Flyweight Contender Ian McCall Wants to Be A Role Model

"I’m ready to show the world. It’s my time, and I’m super-stoked about it." - Ian McCall 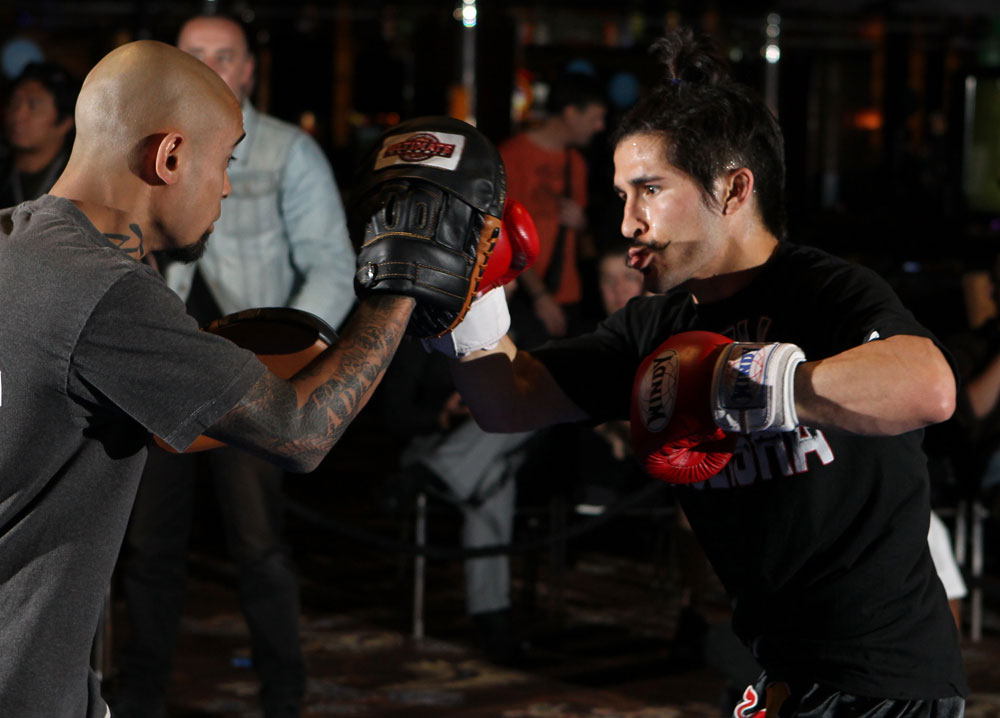 That’s the first name that popped into my head as I sat on the phone with Ian McCall, the top-ranked flyweight in the sport, discussing the improbable journey that has brought him to the UFC, and his desire to be a role model.

Nearly 20 years ago, Barkley famously argued against athletes being role models. His thoughts on the matter were turned into a Nike commercial, and became one of the top anecdotes from his illustrious NBA career.

Unlike Barkley, McCall wants to be someone people look up to, someone who inspires them to chase their passion in life, and someone whose mistakes they can learn from and avoid.

The 27-year-old known as “Uncle Creepy” is candid about his previous struggles with addiction, including the fact that he was clinically dead at one point not all that long ago as a result of an accidental overdose.

“I’m prone to screw ups, just like everybody else,” he says with a laugh. “I’m sure I’ll screw up more in my future, but it’s not going to be like things I’ve done in my past. I have to — just like any other person — you have to live day-by-day. You constantly remind yourself not to do the things that you used to, especially me; I had a passion for doing naughty, naughty things.

“I don’t mind having people see my life and know my life and be able to connect with me on a different level because that’s what it is — you have to show people, `I’m not perfect. This is my life; this is who I am.’ If you want a part of it — party on. Let’s have some fun, have a good time, come hang out. I want to be a fighter that the majority of the world loves. I would like to be a role model.”

While he’ll always battle the demons, McCall’s focus has shifted from the self-destructive behaviors of his past to establishing a better life for his wife and daughter, and making the most of his abilities as a fighter.

“As far as training, I just took it serious,” he says, explaining the changes he’s made in the gym that have helped transform him from a solid-but-unspectacular bantamweight in the WEC to one of the top flyweights in the world.

“I just take it a lot more serious because this is what I want to do with my life. I see my friends who have great things out of other jobs — whatever jobs they may do — and I want to provide a good life for my family and everyone else.”

The results of his newfound focus and determination in the gym started to show just over a year ago.

On February 18, 2010, McCall made his debut with Tachi Palace Fights, the Lemoore, California-based outfit that had become the home of the best 125-pound talent in North America. That night, he squared off with Jussier da Silva, the Shooto South American champion in the 123-pound weight division, universally regarded as the top flyweight competitor on the planet. “Formiga” was undefeated at the time, and McCall was viewed as another opponent the talented Brazilian would beat up inside the cage.

That’s not how things played out. McCall pulled off the upset, earning a unanimous decision victory over the previously unbeaten Brazilian.

He collected another unanimous victory when he handed Dustin Ortiz the first loss of his career three months later. In August, McCall submitted Darrell Montague via rear naked choke in the third round to become Tachi Palace Fights flyweight champion, cementing his standing as the top 125-pound talent in the sport.

Now McCall is set to make his UFC debut, squaring off with former bantamweight title challenger Demetrious Johnson in one of the two bouts that will determine who will fight to become the UFC’s inaugural flyweight champion. It’s a moment the charismatic and talkative McCall has trouble putting into words.

“After everything that I’ve been through — that I put myself through — and as long as this career has lasted, now it’s serious, and it’s become a lot more serious with the UFC. It’s a dream come true, and something that I’m really looking forward to.”

Joining McCall and Johnson in the four-man tournament to crown the inaugural 125-pound champion are Japanese standout Yasuhiro Urushitani and Joseph Benavidez, another former bantamweight title challenger making the drop down to flyweight for the first time.

Like Johnson and Benavidez, McCall also has a loss to current UFC bantamweight champion Dominick Cruz on his record. He dropped a unanimous decision to “The Dominator” at WEC 38, seven months before he would beat Benavidez for the first time, and 13 months before Cruz defeated Brian Bowles for the title at WEC 47; he hasn’t lost since.

Despite having collected four consecutive victories and establishing himself as the top flyweight in the sport, McCall enters his meeting with Johnson as a significant underdog. It’s a role he accepts without hesitation, happy to have the opportunity to step into the Octagon, and ready to prove the pundits wrong.

“They have more buzz than me,” says McCall of Johnson and Benavidez, the latter of the two standing as the favorite to be crowned the first flyweight champion. “But I have that recognition of being #1 where I was. It’s an honor to be able to face someone like (Demetrious); he’s a great fighter.

Someone else might take offense to being the underdog, but not McCall; not after everything he’s been through. This is just another challenge, another obstacle standing in his way, and while it may take some time, McCall is intent on showing that he is the top flyweight in the sport and becoming the first UFC flyweight champion.

“I’m ready to show the world. It’s my time, and I’m super-stoked about it. It’s something that I have to prove, and it’s going to take time for people to know who I am, but I’m not going anywhere.”