With a 7-0 record that includes submission wins in his UFC debut and Dana White’s Tuesday Night Contender Series, Roosevelt Roberts is a very promising prospect about to make his second appearance inside the Octagon.

It’s a huge opportunity for Roberts to shine, not only because he’s originally from nearby Hollywood, Fla., but also because the spotlight is that much brighter considering he’s part of the first bout on the main card.

Plus, Roberts has quickly been pegged as a prospect worth watching thanks in large part to his undefeated record and seven finishes in seven professional fights. That kind of attention can also bring a lot pressure, especially on a young fighter only making his second appearance in the UFC. 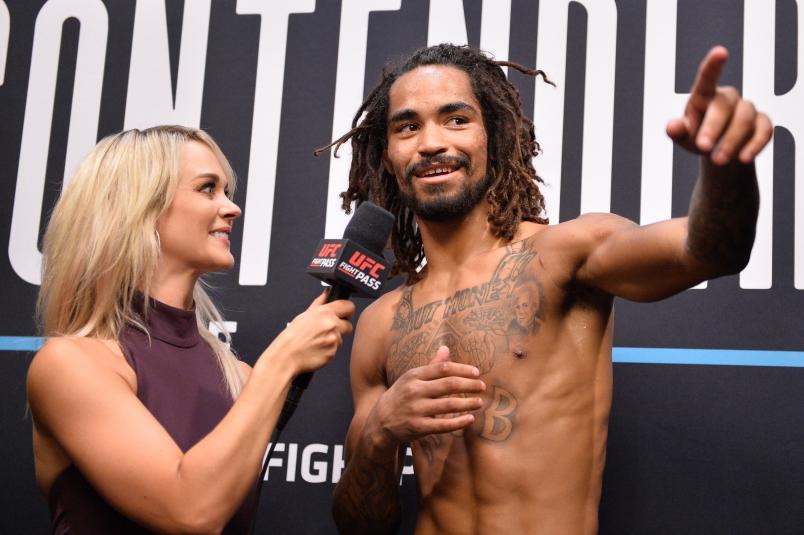 Roosevelt Roberts is interviewed by Laura Sanko after being awarded a UFC contract during Dana White's Tuesday Night Contender Series at the TUF Gym on July 31, 2018 in Las Vegas, NV. (Photo by Chris Unger/DWTNCS LLC)

Rather than allowing the moment to overwhelm him, Roberts says he tends to ignore all the noise that goes on around his fights and he keeps his mind focused on a very specific set of goals each time he competes.

“Honestly I just don’t think about it,” Roberts said ahead of his fight on Saturday. “I just look at it like it’s just another fight. I don’t put any pressure on myself. I know I’m training hard, I’m putting in all the work. Everything else that comes with it — the attention, being on the main card, all that stuff — I don’t think about it.

“I just think about going in there and fighting, getting double checks so I can provide for my kids so they can eat every morning. I don’t try to put a lot of pressure on myself. I just push everything else aside and focus on the main goal, which is fighting.”

Part of the focus that Roberts maintains comes from drilling down his purpose in every fight to a few very basic needs, like providing for his family.

The other part comes from Roberts never forgetting where he came from before he found mixed martial arts and eventually earned his way to the UFC.

“I just think about where I came from, how far I’ve come,” Roberts explained. “Everything like that helps me block out all the attention, all the hype. I look at it like I’m just a regular guy. I put on my socks, I put on my clothes just like everybody else. Things happen. I don’t really put too much pressure on myself.

“I think about where I came from and I just make sure that on the night that I fight, I give it everything I’ve got and don’t let anything block me from doing what I need to do.”

Wins Some Extra Cash AND Help A Great Cause This Week At UFC Ft Lauderdale!

Going home to Florida for this fight serves as a real reminder of what Roberts endured prior to his fight career.

Roberts admits he was a troubled kid, who often found himself getting into street fights and bottling up a lot of internal anger that usually led to lashing out at his family.

Now in his new home in California with children of his own, Roberts knows he is fighting for something more than himself, which is why he’ll never allow his ego to get the better of him. 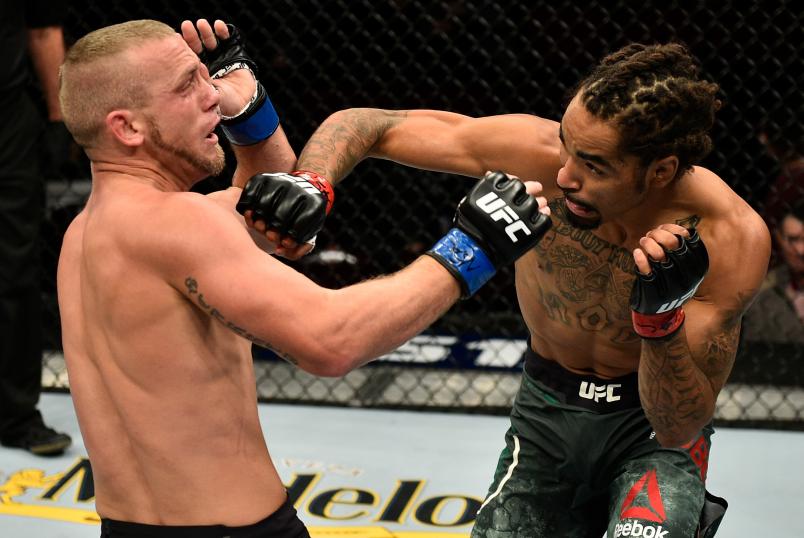 “Now that I have something and I have the right people around me, I just want to cherish it. Just stay humble and be me and remember where I came from.”

Now make no mistake, Roberts definitely appreciates the adoration he’s received since making his first appearance on the Contender Series and then making a similar impact in his UFC debut.

Roberts knows it’s never a bad thing to create a buzz before ever stepping into the Octagon, but he just never wants to lose sight of what’s most important and that’s winning.

“I definitely take it as a compliment,” Roberts said. “I put in a lot of work. Before I was in the UFC, I’ve been doing this for five and a half years so I definitely look at it as a compliment. People are seeing the work I put in and they see the effort that I put into this. So I appreciate all the love and support.

“Me, I can’t get caught up in that. I’ve got to stay focused on the fact that I’ve got to go in there and do what I’ve got to do against another guy who wants to prove something to other people, too.”

Coming into his fight this weekend, Roberts anticipates another showcase when he clashes with Gifford in what he hopes will be his second straight UFC win and eighth consecutive victory overall.

“I think it’s a good matchup,” Roberts said. “When you look at it on paper, we’re both the same type of fighter. He likes to stand, he likes to put pressure on people and force them to shoot. He likes the guillotine. I’m a pressure fighter. I like to use hands and go to the ground and get my submission.

“I think it’s a really good fight for me and I think this has Fight of the Night potential for both of us. I’m really looking forward to this fight.”

If all goes well with this fight, Roberts definitely has big plans for the future but he’s always keeping a level head and remembering that his UFC career isn’t a sprint — it’s a marathon.