“I’d like to thank Jose Aldo for giving me the opportunity to compete for the featherweight title last Saturday. I gave the fight my all, but Jose won that night." - Kenny Florian 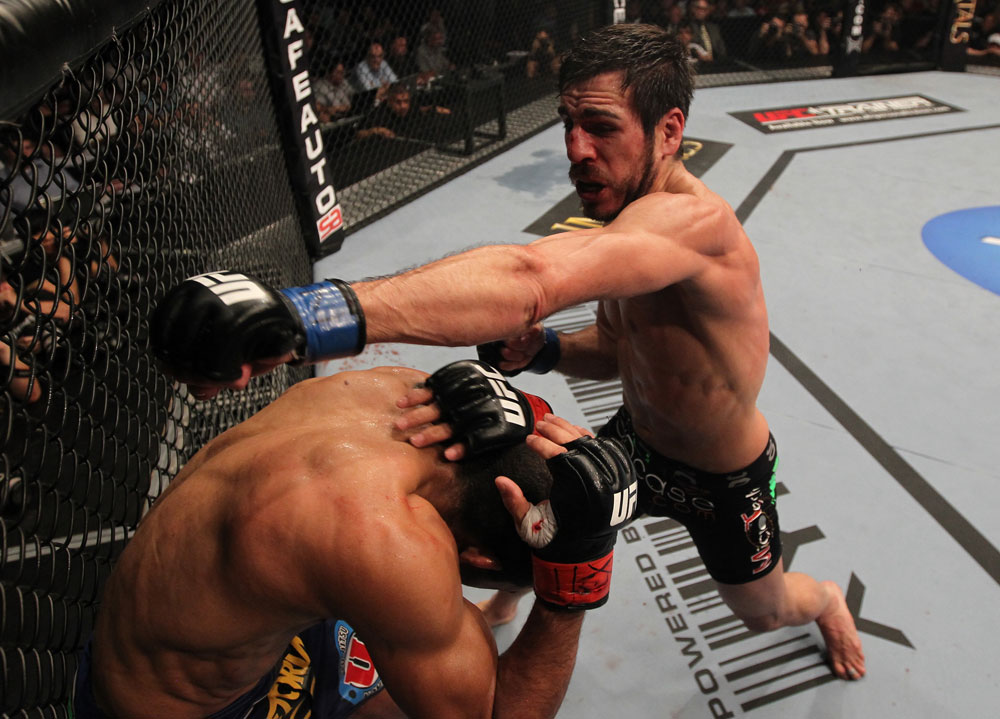 After a closely-contested five round battle with UFC featherweight champion Jose Aldo in the UFC 136 co-main event on Saturday, veteran contender Kenny Florian is going to rest up a bit before making any decisions on his fighting future.

“Everyone is asking what is next for me,” said Florian in a statement issued Monday afternoon. “The only response I can give right now is that I’m going to take some time. I want to rest, spend some time with my family and friends, and then evaluate all of my options. I’ll speak with (UFC President) Dana (White), and my manager, Glenn Robinson, and we will figure out my next move. When I make that decision, my fans will be the first to know. One way or another, you haven’t seen the last of Ken-Flo!”

The 35-year old Florian, who has competed in four weight classes in the Octagon (everywhere from 185 pounds to 145) has fought for UFC titles three times, coming up short against Sean Sherk, BJ Penn, and Aldo. On Saturday, Aldo pulled out the unanimous decision win, but many of the rounds were won by razor-thin margins, proving that Florian still has what it takes to fight it out with the best in the game.

“I’d like to thank Jose Aldo for giving me the opportunity to compete for the featherweight title last Saturday,” said Florian. “I gave the fight my all, but Jose won that night. I would also like to thank the UFC, Dana White and Lorenzo Fertitta for their continued support.”

Considering his two shots at the lightweight belt and his recent featherweight title fight, Florian’s road back to the top may be a long one, something that has never deterred him after the losses to Sherk and Penn. And judging by Monday’s statement, he hasn’t lost that love for the sport.

“I am passionate about mixed martial arts, and I love being involved in this sport,” said Florian, a true ambassador of MMA, who owns his own school in Massachusetts and is also a commentator on ESPN’s MMA Live. “It is incredible to see how much MMA has grown and that, today, there are millions of people who enjoy the UFC as much as I do.”