Flashy Style A Product of Practice For Must-See Magomedsharipov 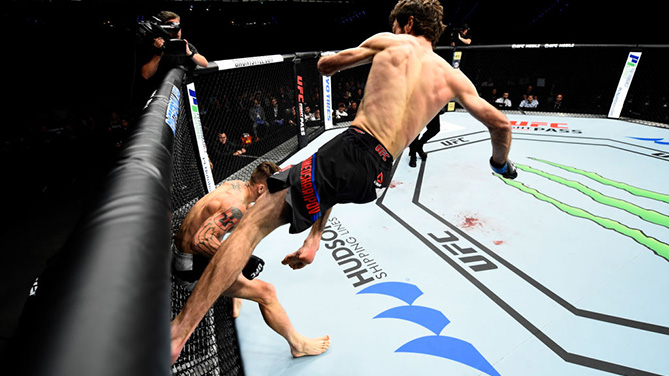 With 39 UFC events scheduled before 2018 rolls in, a debuting fighter has to be pretty special to make an impression that lasts beyond fight night.

Featherweight Zabit Magomedsharipov pulled off that feat in September with a second-round submission of Mike Santiago that earned him Performance of the Night honors. It wasn’t his 15-letter last name that kept him on everyone’s radar, but an exciting effort that saw him doing anything and everything that came to mind in order to vanquish his foe. But the humble 26-year-old kind of looks at it as just another day in the office.

“I'm glad that I was able to make that flashy debut,” he said through translator Rizvan Magomedov. “I prepared myself for all three rounds, but during the fight I saw an opportunity to finish the fight and show some of my skills.”

Did he ever. Whether striking or grappling, the Makhachkala native did what Octagon newcomers don’t often do as they look to play it safe and get the win their first time out. Instead, Magomedsharipov took risks from start to finish, thrilling fans in Rotterdam while he did it. The 145-pound prospect disagrees, though, saying that he wasn’t taking risks, just executing what he worked on in the gym.

“I don't think that I was doing something risky during that last fight,” he said. “We worked a lot with my coaches on those techniques and they became smooth and sharp. Of course, it also depends on a particular opponent and fight, but if there is an opportunity to put on a good performance without damage to myself, I will never hesitate to do that. That's exactly what fans are looking for and it's better way to attract attention than any trash talk.”

He’s right, and his win did attract attention, something he discovers almost as soon as he left the Octagon that September night.

“Yes, there was a lot of hype after my last fight; it's hard to not see it,” Magomedsharipov said. “Many people message me their excitement and this adds more of an obligation for me now to not disappoint my fans and prove that this bright debut in the UFC wasn't just coincidence.”

That shouldn’t be an issue, because fighters like Magomedsharipov are either born with that attitude or they’re not. There’s no middle ground. And with that desire to win and entertain already in his blood, the rest comes down to training.

“There is no particular person who influenced my style, and there is no other athlete who I'm trying to be like,” he said. “It's all the result of my hard training with my coaches, and the background of Wushu Sanda that I was doing all my amateur career.”

In Wushu Sanda, Magomedsharipov was a multi-time champion in Russia, as well as a European and World Cup winner, establishing his credentials as one of the best of the best in that art. In 2012, MMA came calling, and he’s since compiled a 13-1 record as a pro. This Saturday, he welcomes Sheymon Moraes to the Octagon.

“Sheymon Moraes is a good opponent with a good record,” he said. “He's a strong athlete with heavy hands and kicks and I don't think it's gonna be easy fight for either of us.” 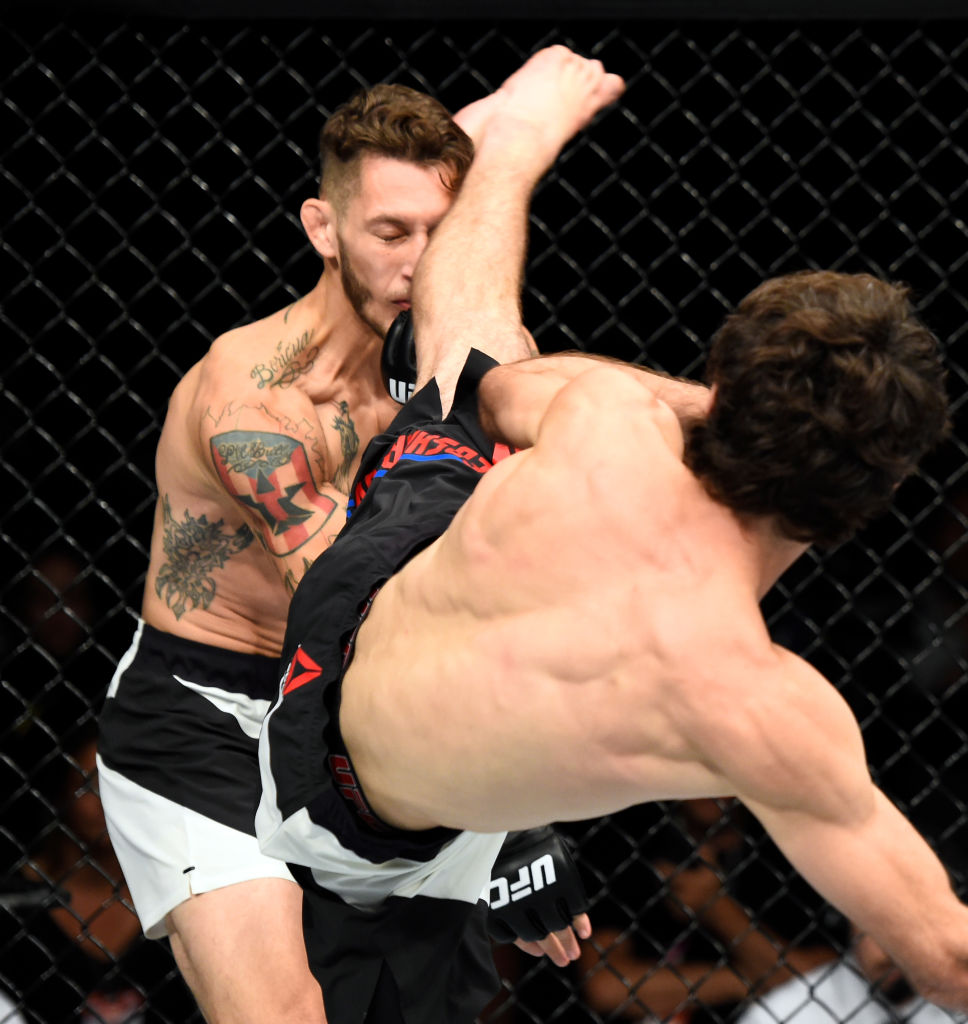 Again, that humility shines through, but that’s not surprising given the team he’s been working with in New Jersey for the last year, one that’s home to not just a gang of killers, but the most humble gang of killers you’ll find.

“I was lucky to go to New Jersey and train with Mark Henry and Ricardo Almeida,” Magomedsharipov said. “And besides the good training conditions, there is an opportunity to spar with the best in the game - Frankie Edgar, Marlon Moraes, Edson Barboza, Eddie Alvarez and many, many others.”

If it appears that all the puzzle pieces for a successful run at UFC gold are there for Magomedsharipov, that’s accurate. And while he’s not one for bold proclamations, he believes that his time will be coming soon enough.

“The featherweight division is packed with great fighters,” he said. “I don't see any easy fights for me there, but I feel my potential is to be in the top five in the near future. As for this weekend, I'll do my best to not disappoint my fans. A long road is behind me and I'm in great shape and I'm confident that I have a good chance to win with God’s help. 2018 is the year where I expect to fight top 15 ranked opponents and get closer to the UFC belt.”

Then out of nowhere, he laughs.

“I also promise to start speaking English next year.”