Flashback to the beginning of a historic career, when Rashad Evans won The Ultimate Fighter 2 Finale.
By Thomas Gerbasi, on Twitter: @TGerbasi • Apr. 27, 2020

I’ve spent a lot of time in conversation with Rashad Evans over the last 15 years. It sounds crazy just to type that, but it’s true. It’s been a long time. And if anyone followed the career of the UFC Hall of Famer, it’s easy to see why, as he’s one of the most interesting folks to ever strap on the gloves and compete in the Octagon. So as the #UFCEra series continues, let’s go back to 2005, as Evans prepared for his first UFC fight, his TUF 2 final matchup with Brad Imes…

No matter what happens in Saturday night’s Ultimate Fighter heavyweight final between Rashad Evans and Brad Imes, one thing’s for certain.

Evans is an Ultimate Fighter.

From battling injuries and being considered one of the reality show’s biggest underdogs, to winning three bouts (two of which he was heavily favored to lose) to earn his way into the finals, Evans epitomizes what the sport is all about when it comes to dedication and pushing yourself past your limits.  But for the native New Yorker, it all goes back to one thing – the love of the battle.

“I just really love to fight,” said Evans, who now makes his home in Lansing, Michigan.  “I’ve always been a fighter, but I fell in love with the sport after I graduated from college. I met some guys who were doing it, and ever since then I’ve been in love with it.”

A former Division I wrestler at Michigan State University, Evans knows plenty about competing against the odds and performing when the spotlight is shining on him.  And even though he’s small for a heavyweight at 5-11, 225 pounds, there’s something to be said for going into the ring with a confidence that you will not only perform, but succeed.

“I don’t psyche myself out or get too excited about a certain match because I’m used to competing all the time as a wrestler,” said Evans.  “So I just go out there and look at it as competing, and not so much as a do or die situation.  It’s helped me become a better competitor.  It’s more methodical for me to just go out there and compete – it feels more natural for me.” 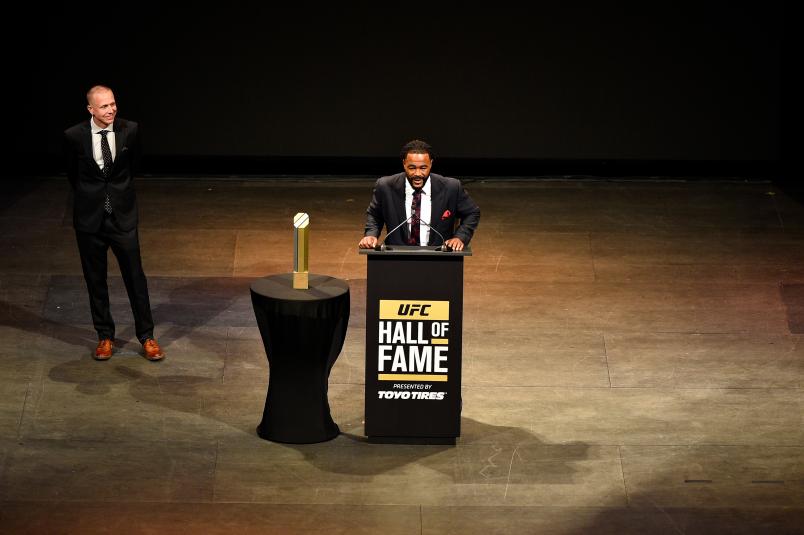 What wasn’t natural was seeing the 5-11 Evans in the same Ultimate Fighter house as skyscrapers like the 6-7 Imes, 6-4 Dan Christison, and 6-3 Kerry Schall and Rob MacDonald.  Needless to say, Evans was seen as the underdog; something he felt immediately.  So why does he feel that he was picked for the show?

“Personality maybe,” he surmises.  “I really don’t know.  I guess it’s not for my fighting ability because they didn’t think I could fight anyways. (Chuckles) Maybe it was to have a little bit more of a diverse group.  But a lot of those guys were huge, and maybe they were looking to see me get smashed because I was so small.”

The first few days weren’t easy either, and a conflict (later resolved) with one of the coaches, Matt Hughes, added to the turmoil.

“When I first got there, I didn’t have a good first couple of days as far as evaluations and everything, so I didn’t know how everything was going to turn out,” said Evans.  “They had the heavy favorite and you could just feel the favoritism among the fighters.  Some of the people thought such and such was gonna win and everybody kinda catered to that, so it was surprising.”

What was more surprising was that with each week’s episode, the heavyweight favorites started to fall by the wayside, and left standing was Evans, as he scored unanimous decision victories over Tom Murphy, Mike Whitehead, and in the semifinals, Keith Jardine.

“I surprised a lot of people,” said Evans.  “A lot of people thought that I didn’t have any talent at all.  See, I always had confidence in myself, but the better I did, people would say ‘Wow’ and they just couldn’t believe it.  I knew my own potential, but they didn’t know, so it was a big surprise to them.”

And once Evans had the win over Jardine in the bank, the only thing left to worry about was keeping his mouth shut about the results of the show.

“That’s been tough because the last couple of episodes have had people on edge, wanting to know what happened, and they call me with their own method of trying to get what happened out of me,” he laughs.  “They’ll say, ‘Oh, so you fight such and such next week,’ and they’re totally guessing, but then they hope I slip up and give them some kind of idea of what’s happening.”

But Evans stayed strong, and now the entire country knows that he is just one victory away from earning a UFC contract as the heavyweight Ultimate Fighter.  He just has to climb one more mountain – a 6-7 one named Imes. 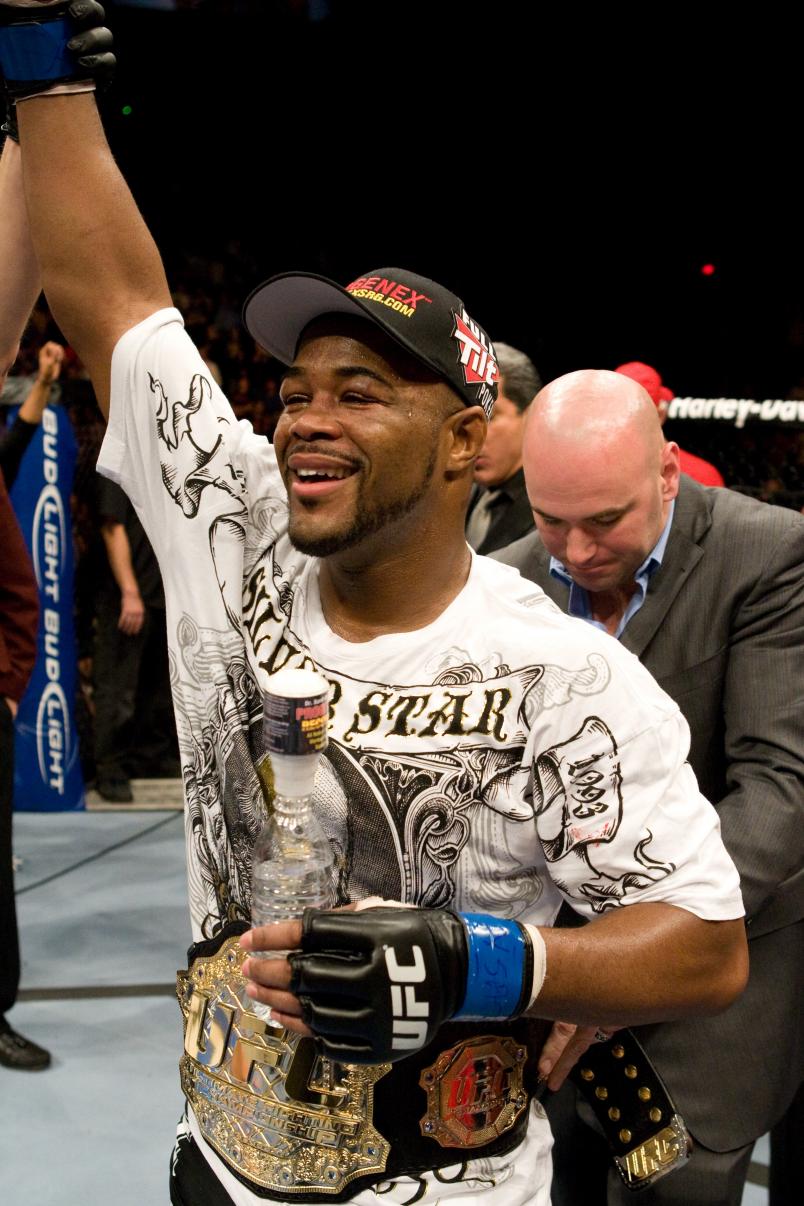 “Brad’s a big guy so I think he’s gonna try to use his size and try to keep me against the cage,” said Evans.  “And at times he’s going to try and use his distance on me so I can’t get inside on him.  So I think he’s gonna be aggressive against the cage, and in the center he’s gonna throw two-punch combinations. I don’t think he plans on going to the ground.  Brad is pretty new to this whole sport, but he’s learned a lot and is probably so much better than the last time I’ve seen him, but I still don’t expect him to go to the ground.  I think he wants to keep it standing.”

On paper, the size difference is astounding, and one would have to wonder how Evans will deal with such a disparity.  But that’s precisely what he’s hoping for – to be underestimated.

“As surprising as it may be, they always underestimate you,” said Evans when asked how his size can be an advantage on fight night.  “It’s amazing.  The bigger guys will overlook your size and say, ‘well, he’s too small’ and they’ll try to use so much of their strength, and the next thing you know, they’re sucking a lot of wind and they’re like ‘man, this guy hasn’t worn down yet.’  So the first thing a big guy will always do is impose his size on you.  And when they figure out that that doesn’t work, then they try to go to Plan B, but by that time, it may be too late.  They may not have the energy to execute Plan B.”

Some fighters don’t even have a Plan B.  But Evans has plenty of backup plans – both in the ring and out of it, and armed with a Psychology degree from MSU, he’s well aware of how being on the big stage can mentally wreck such ‘in the ring’ plans.  He’s ready for all possibilities.

“I’ll probably just stay away from my family and friends and stuff like that because they’re caught up in it,” said Evans.  “So if they’re caught up in it I’m gonna be around them and they’re gonna be giving me their energy and I don’t want that.  I just want to go through and have it just be like any other one of my fights.  I’m more or less going to isolate myself.”

On Saturday night, Rashad Evans will walk into the Octagon and look to change his life forever.  That’s a lot of pressure, but with such risks come great rewards.

“It (winning The Ultimate Fighter) would mean a lot – just coming from being the underdog and having nobody give me a chance,” he said.  “I’m by far the smallest guy there and just to go out there, it would show what hard work and determination can do.  If I put my mind to it, there’s nothing that I can’t accomplish.  So winning the fight would be the icing on the cake and would just set my mindset for anything I want to do in life.  I can achieve anything.”