Dubbed SuperNatural, the focus of the UFC 46 card in Las Vegas in January 2004 was obviously “The Natural” himself, light heavyweight champion Randy Couture and his highly anticipated title defense against Vitor Belfort.

But on a card that featured the UFC debut of Georges St-Pierre and appearances from other future and former champions like Frank Mir, Matt Serra and Carlos Newton, the young man who stole the show was former lightweight title challenger BJ Penn, who moved up to the 170-pound weight class and defeated long-reigning champion Matt Hughes in what was one of the biggest upsets in UFC history at the time.

Today, we look back at UFC 46: SuperNatural…

Fresh off dominating wins over Chuck Liddell and Tito Ortiz, UFC light heavyweight champion Randy Couture had proved that, at 40, “Age ain’t nothin’ but a number.”  But against Brazil’s Vitor Belfort, Couture was once again going to be facing a younger, more explosive opponent (albeit one he already held a 1997 victory over) making the UFC 46 main event a compelling one.  Adding to the drama was the fact that Belfort’s sister, Priscila, had disappeared weeks before the fight, leaving “The Phenom” in a mental state of either complete focus or complete disarray.

Yet once the bout commenced, it was over almost as soon as it began.

After the two briefly sparred with each other, Belfort grazed Couture with a straight left.  The two clinched against the fence, with Couture in obvious discomfort.  Referee John McCarthy intervened, bringing in ringside physician Margaret Goodman to examine Couture’s left eye, and she recommended that McCarthy call a halt to the bout at the 49-second mark, a stoppage that crowned Belfort the new champion.

The culprit that ended the contest was a gashed lower left eyelid of Couture, a cut caused by a seam on Belfort’s glove, and that exposed the eyeball and required immediate surgery.
WATCH ON UFC FIGHT PASS 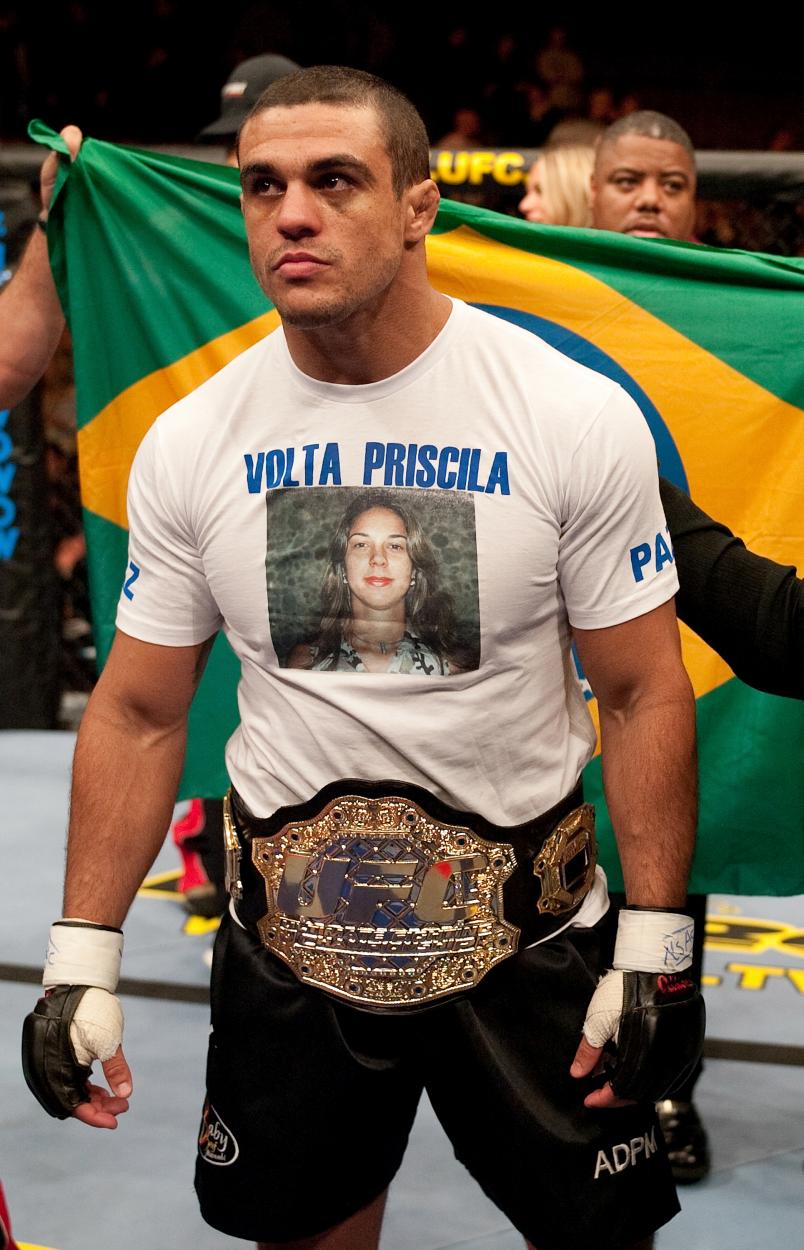 After a UFC career that saw him repeatedly touted as the sport’s “Next Big Thing”, Hawaii’s BJ Penn was in an unusual position as he entered his welterweight championship match with Matt Hughes.  Rising in weight from 155 pounds (where he failed in two title tries) to 170 to challenge a man considered to be one of the top pound-for-pound fighters in the world, Penn was seen by most to be committing athletic suicide against Hughes, who was making the sixth defense of his title.

Someone forgot to tell Penn though, who, in one of the sport’s most memorable moments, fulfilled all of his exceptional promise in a mere four minutes and 39 seconds.

From the opening bell, Penn dictated the action and even appeared to be bigger physically than the champion.  Soon, Hughes found himself on the mat, and as the final minute of the first round got underway, it was a strike by Penn that turned the tide of the fight.  Stunned by a blow that bloodied his nose, Hughes instinctively turned to the side, giving Penn his back.  With breakneck speed, Penn took the most dominant position in the sport and immediately sunk in a rear naked choke.  The tap by Hughes seconds later was a mere formality, and a new champion had been crowned.
WATCH ON UFC FIGHT PASS 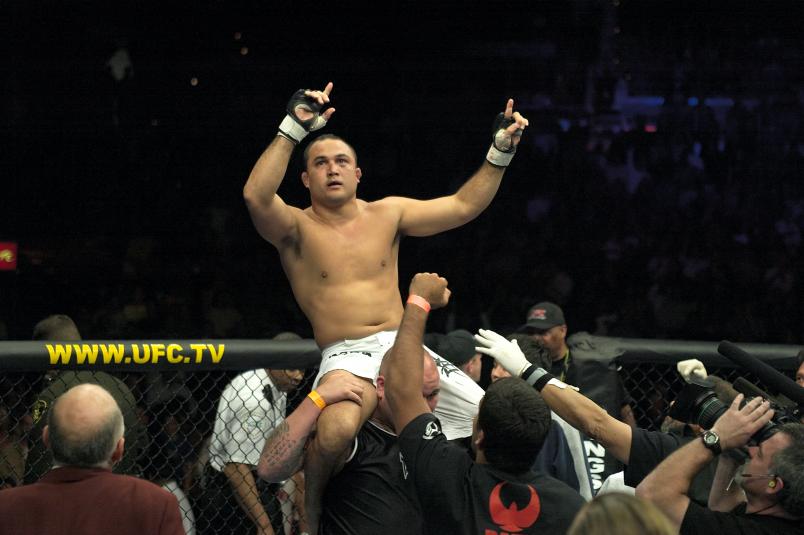 Another highly touted young contender, Frank Mir, has been seemingly groomed for the heavyweight title since his UFC debut in 2001.  On January 31, Mir fought a man who was last seen illegally stomping him in the head –Wes Sims.  But in a disciplined performance, Mir erased any doubts surrounding his DQ win over Sims last June with a stunning second round TKO of “The Project.”
WATCH ON UFC FIGHT PASS

Noted more for his post-UFC 38 street brawl with Tito Ortiz than for his work inside the ring (where he previously knocked out Pele Landi-Johns), Great Britain’s Lee Murray finally got to show his wares to US fans with an impressive submission win over Jorge Rivera in a middleweight bout.
WATCH ON UFC FIGHT PASS

Hoping to place himself back in line to regain his welterweight title, Carlos Newton was surprisingly outclassed by UFC newcomer Renato Verissimo, who scored a lopsided unanimous decision over “The Ronin” in a three rounder.
WATCH ON UFC FIGHT PASS

In an undercard lightweight bout that had main card written all over it, Josh “The Punk” Thomson eked out a unanimous decision over Hermes Franca.  All three judges scored it 29-28 for Thomson.
WATCH ON UFC FIGHT PASS

In the UFC 46 opener, lightweight dervish Matt Serra evened his UFC slate at 3-3 with a shutout three round decision over late replacement Jeff Curran.
WATCH ON UFC FIGHT PASS