Flashback: Hughes beats Newton in rematch, but ‘The Machine’ steals the show

Flashback to 2002, when a couple hometown heroes steal the show at UFC 38 in London. (Photo by John Gichigi/Getty Images)
By Thomas Gerbasi, on Twitter: @TGerbasi • Apr. 24, 2020

England has always been a paradise for diehard fight fans, and no followers of boxing or MMA are more loyal to their fighters, as they will travel around the world to support their own. On July 13, 2002, the Octagon landed in England for the first time, and while UFC 38 was headlined by visitors to the UK, hometown heroes Ian Freeman and Mark Weir made the most emphatic statements at Royal Albert Hall in London.

Here’s how it looked that night…

The first welterweight title bout between Matt Hughes and Carlos Newton ended in controversy. The new champion made sure there was none the second time around in the main event of UFC 38 as he defended his crown for the second time with a dominant fourth round TKO of “The Ronin” in the UFC’s first visit to England.

Hughes had knocked out Newton with a slam to win the 170-pound title at UFC 34 in 2001, but some speculated that Newton had first put Hughes to sleep with a triangle choke seconds before the end. There would be no doubts in the rematch.

After a slow beginning, it was Newton surprisingly shooting for the takedown, but Hughes was able to reverse the attempt and get on top. Newton almost locked up the champion’s arm from the bottom, yet Hughes powered out and began working his strikes. Newton stayed busy, and so did Hughes, who was continually moving and using his shoulders, elbows and forearms to avoid a referee standup. 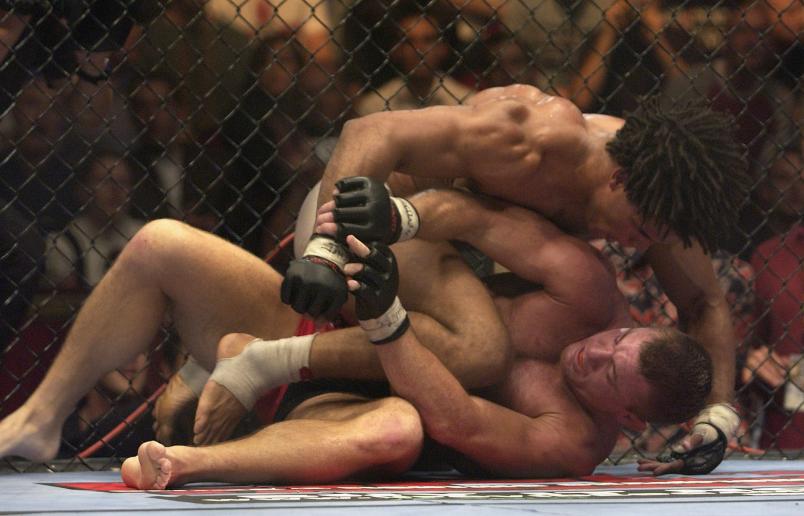 Hughes closed the distance quickly in round two, and the bout returned to the mat. Newton scrambled his way free and got back to his feet, Hughes stayed close though and put the challenger on his back again. From here, it was just a case of Hughes dominating on the mat and Newton trying in vain to escape. At the end of the round, Hughes began unleashing a ferocious series of elbows, cutting his foe in the process.

Newton had a brief window of opportunity when the third opened as Hughes missed a high kick, but seconds later, he was taken down. Newton gamely looked to turn things around with a submission, but the champion’s offense and defense were on point. With under two minutes left, Hughes got the mount position and fired away with strikes, but there was no stoppage. Hughes even showed off some more aspects of his game as he went for an armbar, but Newton escaped and took Hughes’ back. Time ran out on “The Ronin,” though, killing his best comeback attempt.

Keeping it simple, Hughes took Newton down to start the fourth, and he patiently punished the challenger. With less than two minutes remaining, Newton got trapped, and after a series of unanswered blows, referee John McCarthy halted the bout at the 3:37 mark.
https://ufcfightpass.com/video/28943

In the co-feature, unbeaten young gun Frank Mir got a rude welcome to England by local hero Ian Freeman, who scored an emotional first round TKO win in a stunning upset.

The 23-year-old Mir, a submission specialist, traded with Freeman early, but then wisely went to the mat to look for the tap out. Freeman weathered the grappling attacks though and began teeing off on his foe at close range when they stood. After the assault of knees, Mir got another takedown, this time looking to lock up the Brit’s ankle. But the 35-year-old veteran pounded his way loose. With the crowd roaring, Freeman continued to score, and with under a minute left, Mir lost his mouthpiece. McCarthy halted the bout to put the mouthpiece back in, but Mir could barely stand, forcing the stoppage with 25 seconds left in the round.
https://ufcfightpass.com/video/31526 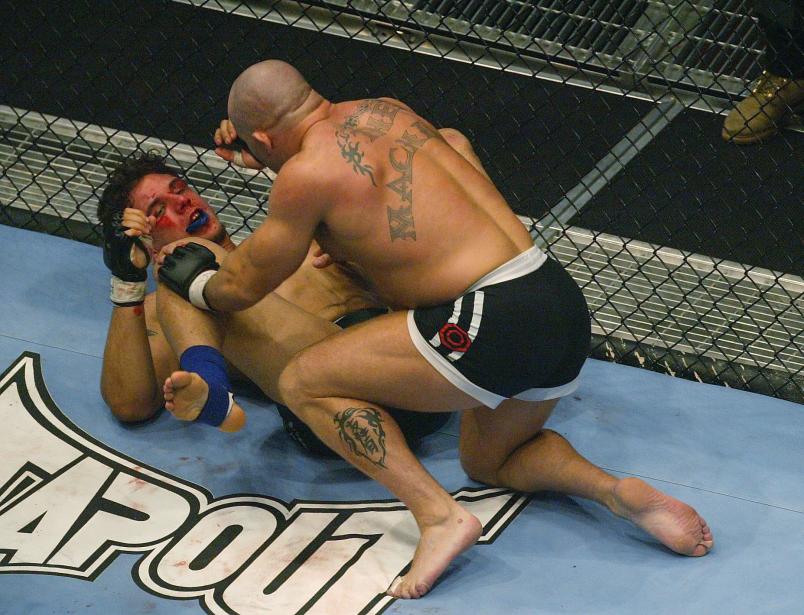