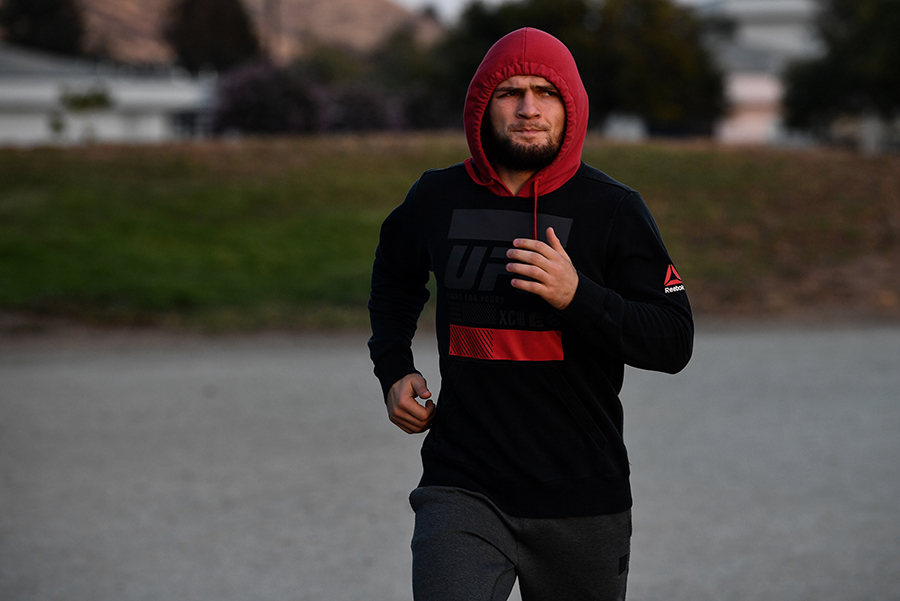 Khabib Nurmagomedov runs on the track on August 30, 2018 in San Jose, California (Photo by Brandon Magnus)" align="center" /> When we first sat down with Khabib Nurmagomedov, the 24-year-old was already 20-0 as a pro and four wins into his UFC career. Yet even at this early stage, it was clear that a championship was in the future of “The Eagle,” who will defend his lightweight crown against Conor McGregor in the main event of UFC 229 on October 6. Also evident back then was his response to any perceptions of disrespect, something key to look at after he was on the receiving end of several verbal barbs from McGregor during last week’s press conference in New York City. And when he called out future Hall of Famer BJ Penn, it showed that Nurmagomedov had no problem setting his sights on former two-division champions. Five years later, let’s flash back to the making of Khabib.

“It was not because of the wedding,” said Nurmagomedov through translator Sam Kardan. “Our whole family participates in wedding preparation so the only thing the groom has to do is just to show up.”

Nice. And if Nurmagomedov was distracted by the impending nuptials, he didn’t show it on fight night, as he dominated Trujillo en route to a shutout three-round decision win, lifting his perfect pro MMA record to 20-0. The fight wasn’t without its share of drama though, as Nurmagomedov missed weight by two and a half pounds, leading to an altercation with his opponent at the weigh-in.

“Before the weigh-ins he did not shake my hand,” said Nurmagomedov. “It’s a gesture of disrespect where I am from. But I was composed and controlled my emotions during the fight.”

“I have been fighting in the street and various tournaments since childhood and this experience and confidence helps me quite a bit,” he said. “Perhaps it's in my genes because my father is an accomplished athlete as well.”
VIDEO: Khabib's Wrestling Coach: It's Almost Impossible To Prepare For Khabib
Yet early on, his father Abdulmanap – a judo black belt, Ukrainian National Sambo champ, and National master of sports in freestyle wrestling – didn’t want a similar path for Khabib. 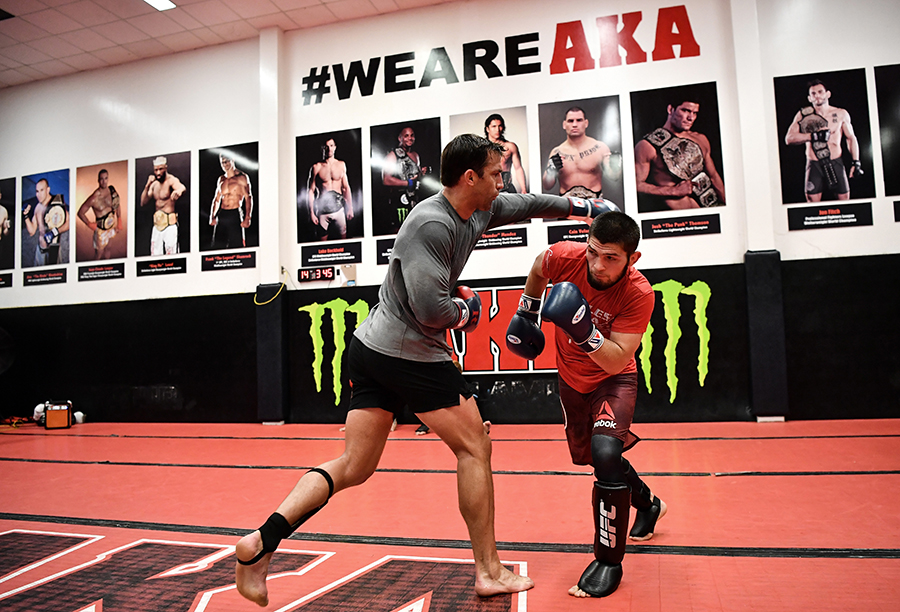 “It was hard living in the US at first,” he said. “However, my life consists of training, religion, sleep and meals. Following this principle it’s easy to get used to anything.”