Flashback to 2008, when Junior Dos Santos impresses in his UFC debut and Anderson Silva defends his belt.
By Thomas Gerbasi, on Twitter: @TGerbasi • May. 2, 2020

Brazil was out in force in Rosemont, Illinois for the UFC 90 event on October 25, 2008, but despite wins by Anderson Silva, Thiago Alves, Thales Leites and Hermes Franca, it was a newcomer to the UFC, Junior Dos Santos, who stole the show with an upset win over longtime contender Fabricio Werdum. Here’s how it looked that night at Allstate Arena.

As expected, Anderson Silva successfully defended his UFC middleweight title against heavy underdog Patrick Cote in the UFC 90 main event at Allstate Arena. What no one saw coming was the ending, as a competitive fight ended prematurely when Cote blew out his knee in the third round, awarding the bout to Silva via TKO.

The win was Silva’s eighth in the UFC against no losses, and his fourth successful title defense. And contrary to what oddsmakers believed prior to the match, Cote was no easy mark for the pound for pound king.

Cote calmly stalked in the early going, moving his head side to side to avoid getting hit with a quick KO punch or kick. With under two minutes left, the crowd and Cote started getting restless, and the Canadian attacked wildly. Silva avoided serious trouble and fired back with a knee to the chin that Cote took well.

Silva struck early in round two, first with a jarring left to the head. Moments later the two briefly locked up against the fence, but after breaking, Silva kept the pressure on, eventually forcing Cote to the canvas. While there, Cote stayed busy with strikes from the bottom, and the two stood up seconds later. Silva was seemingly toying with the challenger, but Cote was all business as he shot for two takedowns, both of which were rebuffed.

Both fighters closed the distance quickly to start round three, but just as suddenly, as Cote planted his foot to move in on the champion, he buckled his right knee and fell to the canvas in pain. After making an attempt to rise, he fell again, and referee Herb Dean had no choice but to stop the fight at the 39 second mark.
WATCH ON UFC FIGHT PASS 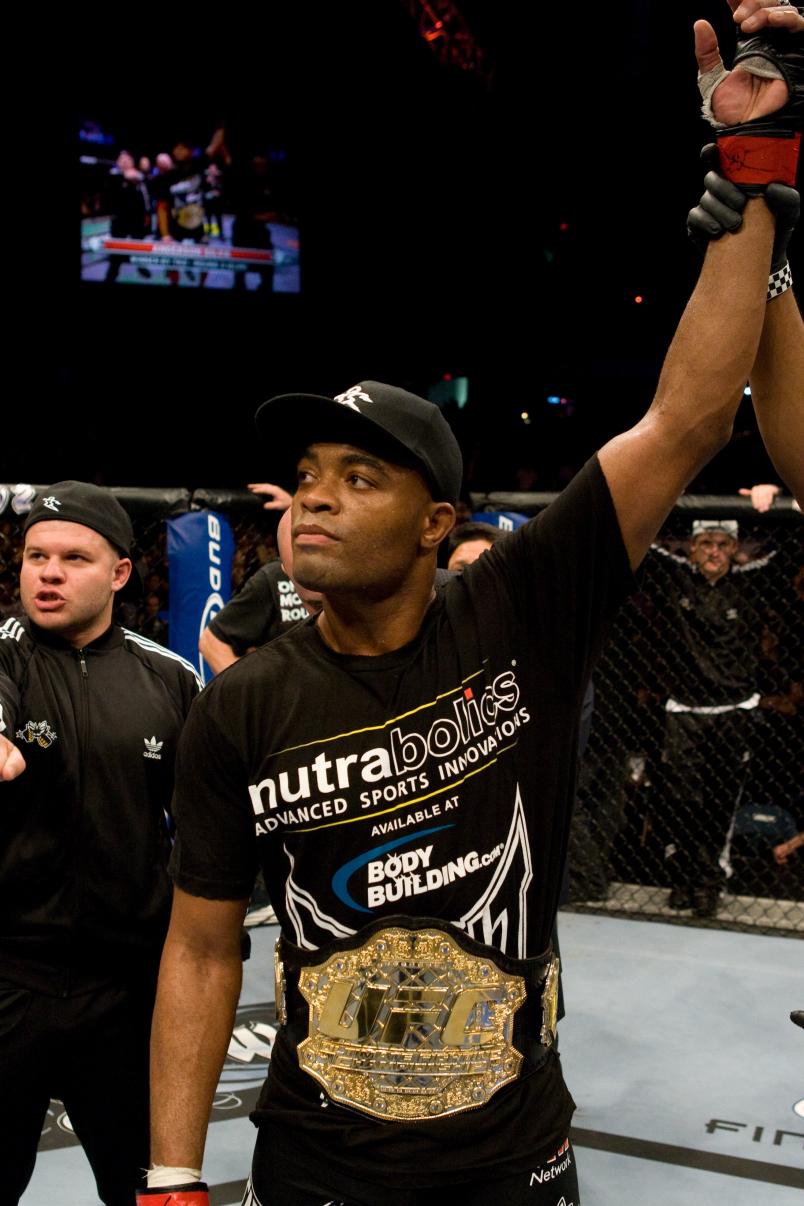 Thiago ‘Pitbull’ Alves made a strong case for being next in line for a shot at the welterweight crown with a methodical, yet exciting, three round unanimous decision win over gutsy fellow contender Josh Koscheck in the UFC 90 co-feature.
WATCH ON UFC FIGHT PASS

In the flash of a single right uppercut from UFC debutant Junior Dos Santos, heavyweight contender Fabricio Werdum saw a title shot in the near future disappear, as he was knocked out just 80 seconds into the first round.
WATCH ON UFC FIGHT PASS 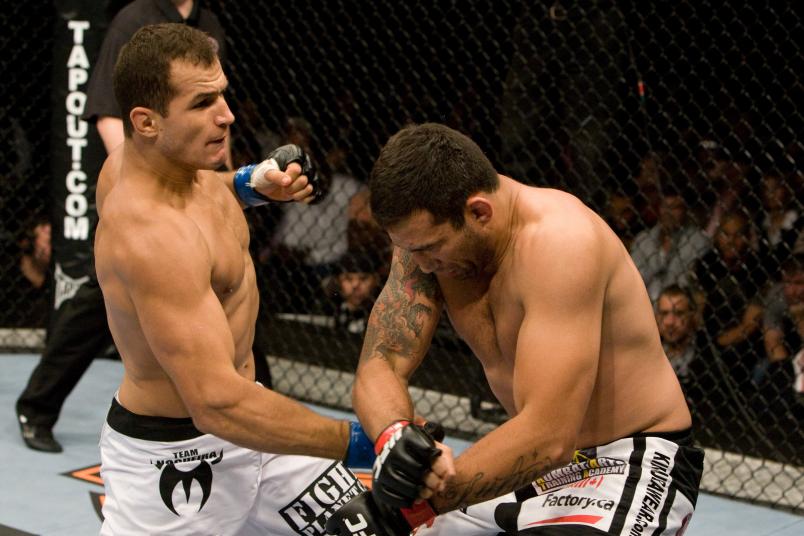 Lightweight contenders Sean Sherk and Tyson Griffin fought at a torrid pace in the UFC main card opener, and after 15 minutes of war, it was Sherk, the former lightweight champion, emerging victorious via a close but unanimous decision.
WATCH ON UFC FIGHT PASS

The UFC 90 prelim bout between middleweights Thales Leites and Drew McFedries was destined to end in one of two ways – Leites by submission or McFedries by knockout. Well, it was Leites who survived an early bombing run by McFedries to submit the Iowan in 78 seconds.
WATCH ON UFC FIGHT PASS

Going into the lightweight clash between Spencer Fisher and Shannon Gugerty, conventional wisdom would be that if someone scored a submission win, it would be the Dean Lister-trained Gugerty. But in an exciting turn of events, it was Fisher pulling off a triangle choke submission win late in the third round.
WATCH ON UFC FIGHT PASS

New Jersey middleweight Dan Miller showed heart and stellar submission defense in his three round decision win over Matt Horwich, surviving a series of dicey situations in the second frame to grab his second UFC victory in as many months.
WATCH ON UFC FIGHT PASS

Hermes Franca entered the Octagon for his grudge match with Marcus Aurelio by bumping his former teacher, but for the next three rounds it was Franca who put on a Muay Thai clinic as he fired off continuous volleys of leg kicks en route to a three round unanimous decision win.
WATCH ON UFC FIGHT PASS

In a must-win bout for both welterweights, Pete Sell recovered from a slow start to win a close three round unanimous decision over Josh Burkman in the UFC 90 opener.
WATCH ON UFC FIGHT PASS