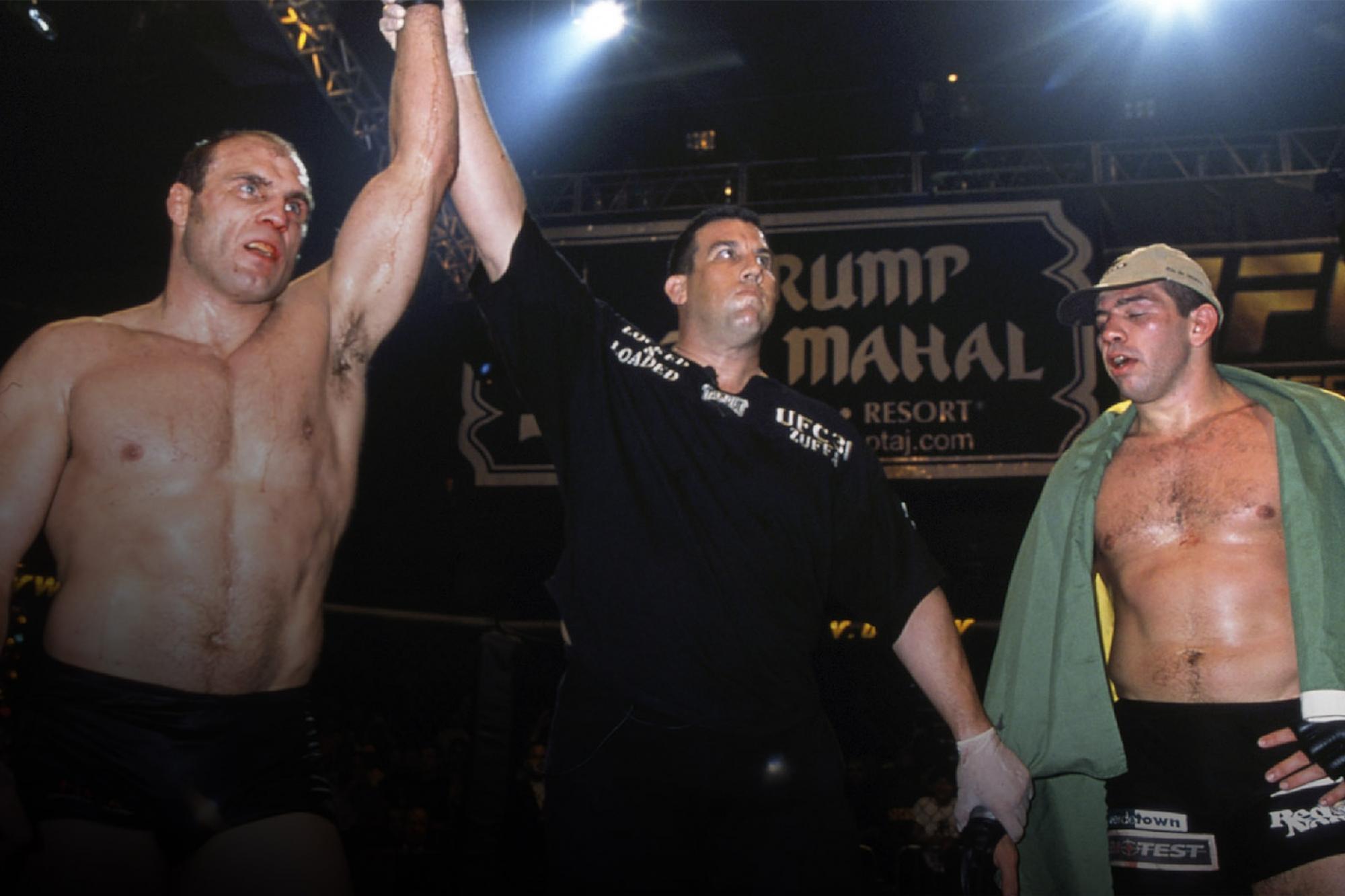 Flashback: Atlantic City gets a show for the ages

Flashback to UFC 31 in Atlantic City, where Randy Couture defeated Pedro Rizzo for the heavyweight title.
By Thomas Gerbasi, on Twitter: @TGerbasi • Apr. 23, 2020

There are so many memories surrounding the UFC 31 event on May 4, 2001 in Atlantic City. It was my third live show (I think I might have even gotten an Octagonside seat that night), and there were so many storylines running through that event.

Couture-Rizzo for the heavyweight title in an epic five-rounder, Newton upsetting Miletich for the welterweight belt, Liddell knocking out Randleman, Shonie’s spinning backfist on Serra, and the debut of BJ Penn. Even with the benefit of hindsight, I still consider it one of the great UFC events of all-time.

But if I had to pick one thing about that show that is still embedded in my brain, it’s the sight of Couture barely able to walk to the dais for the post-fight press conference after taking 25 minutes of leg kicks from Rizzo. You wanna be a fighter? Not many would have after seeing that.

At UFC 31, Randy Couture and Pedro Rizzo waged a five round war worthy of the heavyweight championship. In the end, Couture retained his title by a close, but unanimous decision, but there were no losers in Zuffa’s second UFC show at the Trump Taj Mahal.

Couture took home a victory the old fashioned way - he earned it. The 37-year-old champ, the man who is never supposed to win but who keeps doing it, almost scored a spectacular first round stoppage, as he executed his ground and pound strategy to perfection early on. Rizzo, bloodied and caught under a barrage of punches, looked like he was done, and referee John McCarthy was inspecting the Brazilian very closely as he absorbed heaps of punishment.

The second round was a carbon copy of the first, but this time it was Rizzo doing the damage, pounding a winded Couture with lefts, rights, and stiff leg kicks. Couture, now bleeding heavily from the nose, staggered with practically every blow, but Rizzo’s reluctance to pounce on the champ proved to be his downfall. Couture barely survived the second round, and at that moment, a distance fight seemed highly unlikely.

In the third and fourth rounds, Couture stood up with Rizzo, and the challenger refused to press his advantage. A stoppage by McCarthy to allow the ring doctor to check Couture’s nose gave the champion the second wind he needed, and as the pace slowed, he took the final two rounds and the fight.
WATCH ON UFC FIGHT PASS

In the co-main event, Carlos Newton and Pat Miletich waged the expected tactical battle, with Newton winning the war and the UFC welterweight title by choking out “The Croatian Sensation” at 2:50 of the third round.
WATCH ON UFC FIGHT PASS 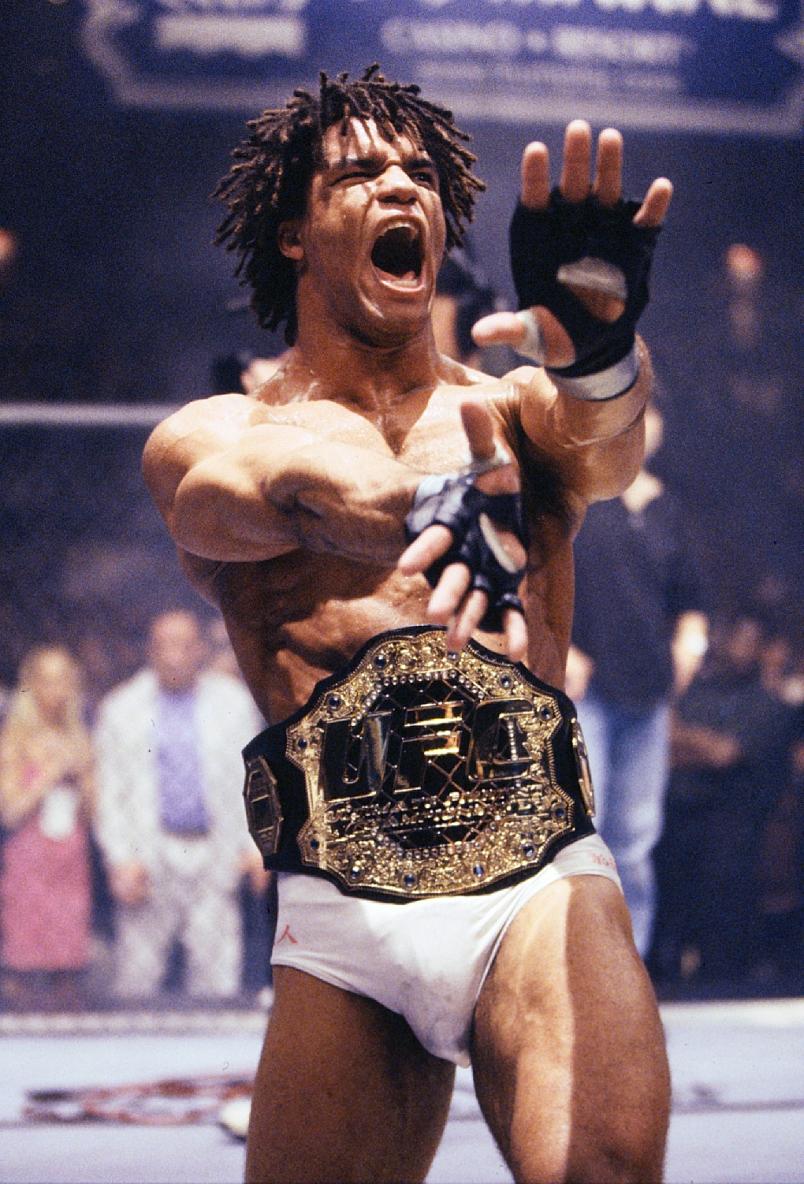 The pride of Zuidlaren, Holland, Semmy Schilt, survived a rough first round to impressively stop the Lions Den’s Pete Williams at 1:28 of the second frame.
WATCH ON UFC FIGHT PASS

Rising star BJ “The Prodigy” Penn was impressive in his first UFC match, rolling over Joey Gilbert via first round stoppage. Penn controlled the bout from the outset, and once he had Gilbert’s back the fight was over. Penn rained unanswered blows on Gilbert until referee Mason White stopped the contest at the 4:57 mark.
WATCH ON UFC FIGHT PASS