Five Things To Know About UFC 201 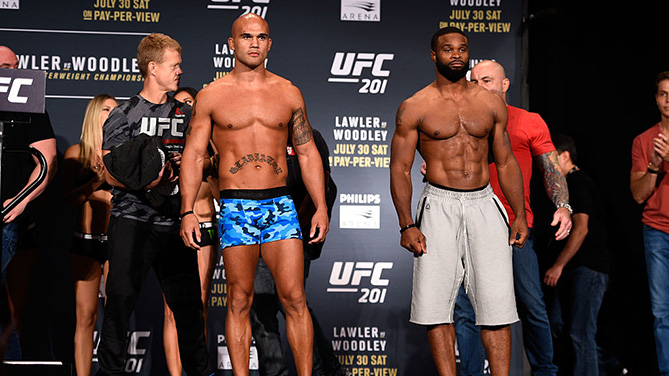 Main Numbers for Main Event: While defending welterweight champion Robbie Lawler is favored to beat Tyron Woodley at UFC 201, there are a few significant numbers that point to Woodley getting the upset. His background as a two-time D-1 All-American wrestler will help against Lawler, who has the highest takedown accuracy rate in UFC history at 80 percent.

Lawler can take most fights to the ground, but he’ll have trouble against Wooley. The title challenger has a 95 percent takedown defense rate and is also a skilled striker. He’s won four of his five UFC fights by knockout, which stands out because the nearly 700 significant strikes absorbed by Lawler since Jan. 1, 2013 are the most taken by any fighter.

With the amount of punches Lawler has taken and Woodley’s power and wrestling ability, don’t be surprised if “The Chosen One” becomes the first welterweight champion since 2014.

Polish State of Mind: Less than two years ago, Joanna Jedrzejczyk became the first Polish champion in UFC history. Karolina Kowalkiewicz plans to be the next. The undefeated 30-year-old from Lodz, Poland can prove she deserves a title shot when she faces No. 3 strawweight contender Rose Namajunas.

Kowalkiewicz still has to convincingly upset Namajunas before she can fight the champ, but the appeal of having two European fighters compete for the title possibly in New York at UFC 205 is hard to deny. 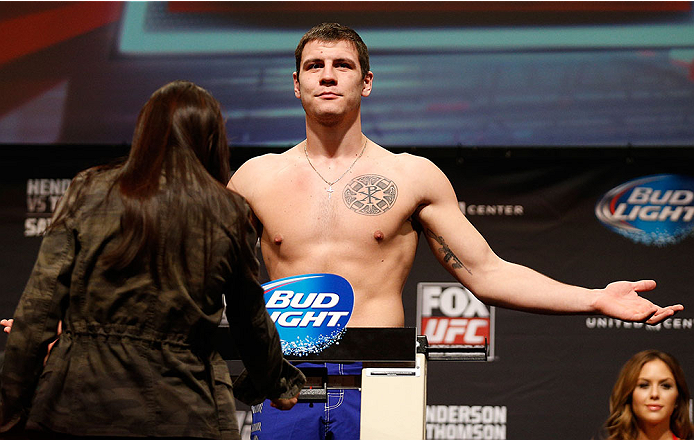 Keep an Eye on Krylov: Don’t be fooled by Nikita Krylov’s age. At 24 years old, the No. 11 light heavyweight contender has earned all 20 of his career victories by stoppage with only one win going past the first round.

Krylov is one of the most versatile fighters in the division with seven wins by knockout and 13 by submission. A fifth straight win and chance to break into the Top 10 will be the Ukrainian native’s goal Saturday, and he’ll look to do it the only way he knows how ― first-round stoppage.

The two welterweights will finally cross paths Saturday when No. 9 Brown faces Ellenberger with both fighters determined to end their recent losing streaks.

Can’t Stop, Won’t Stop: Ross Pearson will do whatever it takes to get inside the Octagon. Three weeks ago, he lost by unanimous decision to Will Brooks at The Ultimate Fighter Finale. That didn’t stop him from deciding less than a week later to fill in at UFC 201 and move up to the welterweight division to fight Jorge Masvidal.

Pearson isn’t one to turn down a fight even if it means skipping a family vacation for a bout in an unfamiliar weight class after being in a grueling 15-minute battle 22 days ago.