Calderwood is confident and hopeful her fight in Brooklyn will end up being "a good scrap."
By Zac Pacleb - UFC.com • Jan. 14, 2019

After a successful return to flyweight, Joanne Calderwood is looking to build off her first career submission victory. Between a move to Las Vegas and adjustments to her preparation, the Scotland-native is eyeing a second win in a row when she takes on Ariane Lipski in Brooklyn. We caught up with Calderwood before she made her way to Brooklyn to talk about the changes she has made, how much her experience has helped her and what it’s like being on the first UFC card to be shown on ESPN.

UFC: How are you feeling heading into this fight?

Joanne Calderwood: Feeling good, just getting my final preparation finalized. Ready to go. Feel good this week, even better than the last one. I’m in a good mood and have lots of energy.

UFC: Looking back on your fight at Fight Night Lincoln, you were calling yourself Jojo 2.0, but now with how you’ve improved, how have you taken things to the next level? 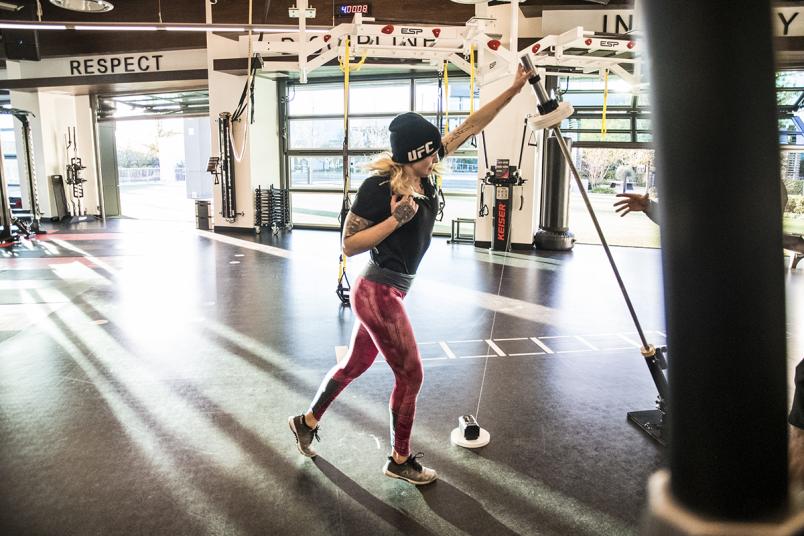 JC: Looking back on my last fight, I achieved so much. The biggest changes I wanted to make, I made them, and I’ve done them successfully. Although I felt like my body was still not in athlete, tip-top shape, and as I said earlier, that takes time, so I felt that I achieved a lot, but I know there was a lot more to gain.

UFC: Talking about your opponent, she has a reputation of a powerful fighter, but this is her debut. What’s something you learned in the UFC Octagon that you couldn’t have learned until you made that walk?

JC: I feel like every fight, you get the nerves. She’ll have had those nerves when she was at KSW, but yeah, obviously, UFC, the biggest thing for me is you know you’re fighting the best people in MMA. UFC is the top organization, and that’s where the good girls are, so I just feel like she’s been in other organizations, and she’s been fighting girls that are looking to come into the UFC or not at that level yet, and I’ve had seven fights in the UFC and been here five years including The Ultimate Fighter, and I just feel like I have been here and I’ve been fighting the best girls in MMA.

Because she’s a fighter who has built a reputation for early finishes, are there any thoughts to be more aware of how she’s going to come out in the first round and alter your approach accordingly? 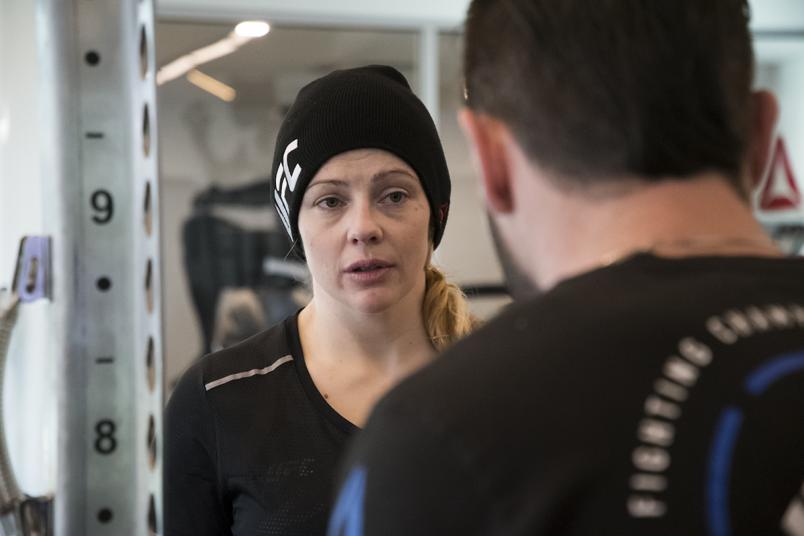 JC: I definitely need to come into this fight as every other fight, disciplined, and I feel like I’m a scrapper, same as this girl, so you know if you’re going in and there’s two scrappers there, then both of you guys are going to get hit, so I just have to remember and stay disciplined and work my gameplan, but at the same time just go in there and react and put on a good scrap.

UFC: Being on the first UFC card on ESPN, what is that like for you?

JC: When it was announced that ESPN was joining with the UFC, I was like, ‘Oh, that would be an amazing fight show to get on,’ but I was already booked, and then s*** happens, and then now I’m here. I’m just really grateful that I’ve got this opportunity to be on ESPN, and it’s going to be a big platform for everyone to watch my fight and get more supporters and more fight fans to follow me.