We sat down with Carla Esparza ahead of the strawweight's tilt at UFC Fort Lauderdale on Saturday
By Zac Pacleb • Apr. 24, 2019

Heading into UFC Fort Lauderdale, Carla Esparza expected to face up-and-comer Lívia Renata Souza, and everything was going as planned.

Until, that is, Souza pulled out. Enter UFC debutant Virna Jandiroba. The late change in opponent meant Esparza had to start her studying from scratch just weeks out from the fight. That said, regardless of who her opponent is, Esparza feels rejuvenated.

“I’ve been wanting a fight for a long time, so I’ve been training super hard,” Esparza said. “I’ve been changing a lot of things in my nutrition, in my supplementation, so I feel like I’m excited to show a kind of newer, bigger, stronger, better version of me.”

UFC.com talked to “Cookie Monster” as she prepared to face Jandiroba about how a late change of opponent impacts her preparation, how she goes about studying and the changes she made in her nutritional approach.

UFC: How does a last-minute change of opponent impact how you prepare for a fight?

CE: It definitely throws a little wrench in it. There’s a lot of studying and preparation for each opponent, so I definitely had to start that whole process over and start studying and checking different things out. In the end, you never going to know what’s going to happen in the fight anyway and what they’re going to throw at you, so you kind of always have to be ready for anything no matter what.

UFC: How do you go about prepping for an opponent? Do you study a lot or leave it to your coaches?

CE: I’ve always been kind of independent in that regard. I always do my own studying. I will send my coaches a breakdown of my own opinion, and of course, they have their opinions and things they watch as well, so it’s kind of like a brainstorming kind of situation. We all talk. They throw things at me. Nobody knows my body and what I can do better than me, so I kind of like knowing, ‘OK, we’re comfortable doing this or that or whatever.’ 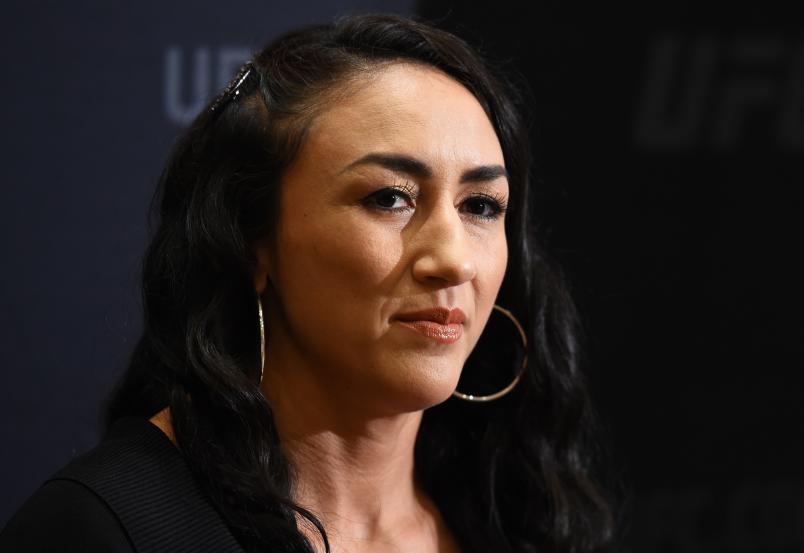 UFC: What do you think of your opponent and where you’ll have advantages?

CE: I definitely think I have an advantage on the feet. I think I have a speed advantage. This new opponent has not been know to strike very much in any of her fights. Maybe the most in first round, she’s gone like two minutes striking before she’s shooting in for a takedown because I know she’s been a black belt for like 7 or 10 years, so this girl has a lot of experience on the ground and is going to try to implement that, I think.

UFC: You said you’ve made changes to your nutrition, what are some of those things you’ve changed?

CE: It’s crazy because my opponents always kind of have a size advantage on me. I don’t cut a lot of weight. As of (Tuesday) morning, not even training, just being six pounds over, and for me that’s pretty normal. Leading up to this fight, I had a lot of time. I didn’t know I actually had a fight, I was just preparing myself using the UFC Performance Institute, using Clint (STAT) for nutrition just adding a lot of protein into my diet, adding supplements, and just doing all these things to kind of ensure that I was going to be as strong as I could possibly be. I was working my strength & conditioning way early out as opposed to starting right before camp, so I’m hoping it’s going to be a huge difference. As far as my training partners go, they’re like, ‘Oh my god, you’re so much stronger. What are you doing?’ I’m like, ‘No, I’m not on steroids.’ I’m just – not that they suggest it – it’s just that I’m taking a more scientific approach to my diet as opposed to just kind of winging it and doing what I want.

UFC: What does a perfect fight night look like to you?

CE: I think anyone’s perfect scenario is like, boom, you walk out, one punch, knockout. For me, I’d definitely like a chance to display all the work that I’ve been doing. I’ve been doing a lot of work in jiu jitsu, I’ve been sharpening up my striking, so I’m hoping that I can really display that, and of course, a first-round finish would be great, but just hand up. That’s the goal.