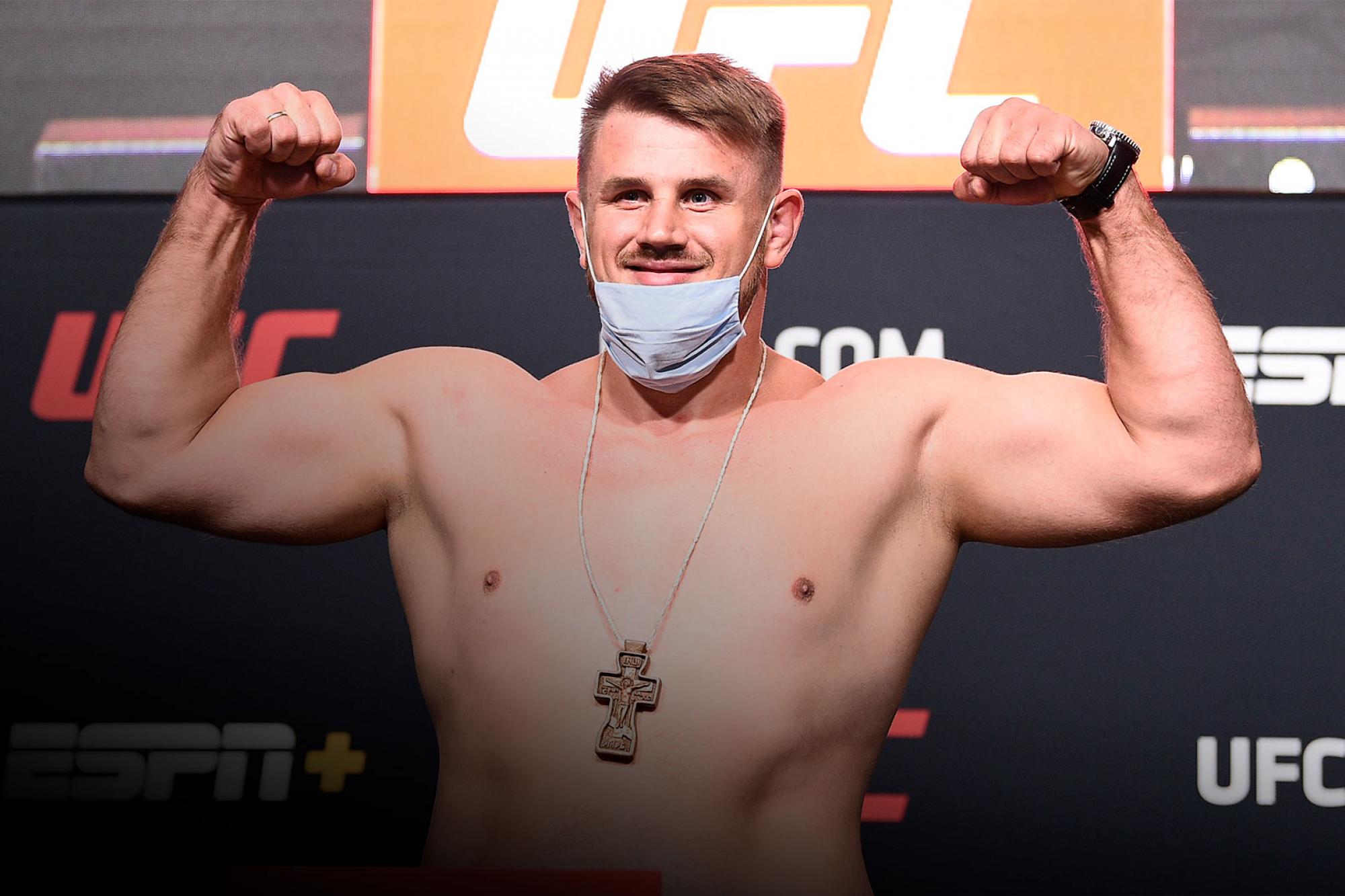 Before he takes on de Lima in the second fight of the ESPN+ Prelims at UFC Vegas 9, UFC.com talked with Romanov about his upcoming debut.
By Jon Gagnon • Sep. 4, 2020

One look at Alexandr Romanov and you’ll instantly realize his nickname, “King Kong”, makes all the sense in the world. The UFC’s heavyweight division prizes the biggest and best MMA fighters in the world and Romanov, at the very least, has one of those two attributes already locked in.

On Saturday, in his UFC debut against Marcos Rogerio de Lima, Romanov will start his trek towards becoming the best. “King Kong” has delivered finishes in all 11 of his professional fights and only twice has he allowed his opponent to get past the opening round.

Romanov’s highly anticipated debut comes against am experienced UFC heavyweight in de Lima, who has 10 UFC fights under his belt in the last six years. Despite the disadvantage in experience, Romanov remains a slight favorite in the betting markets.

Before he takes on de Lima in the second fight of the ESPN+ Prelims at UFC Vegas 9, UFC.com talked with Romanov about his upcoming debut.

UFC: How excited are you to finally be making your UFC debut?

AR: I feel only positive emotions before the upcoming debut, as we have been waiting for this for a very long time. I feel great.

UFC: What’s something you’d like the UFC fans of the world to know about you?

AR: I am Alexander Romanov, from the city of Comrat, ATU Gagauzia, which is located in the south of Moldova. I love sports and believe in God.

AR: In quarantine we continued to train as usual. Two times a day and we approach this battle in good shape.

UFC: What do you know about your opponent? What advantages do you think you may have?

AR: My opponent is from Brazil and that’s enough for me. I am very hungry, and this is the main advantage in the cage.

UFC: What do you hope to achieve in the UFC?

AR: I need as many fights as possible and in the final result to win the belt.