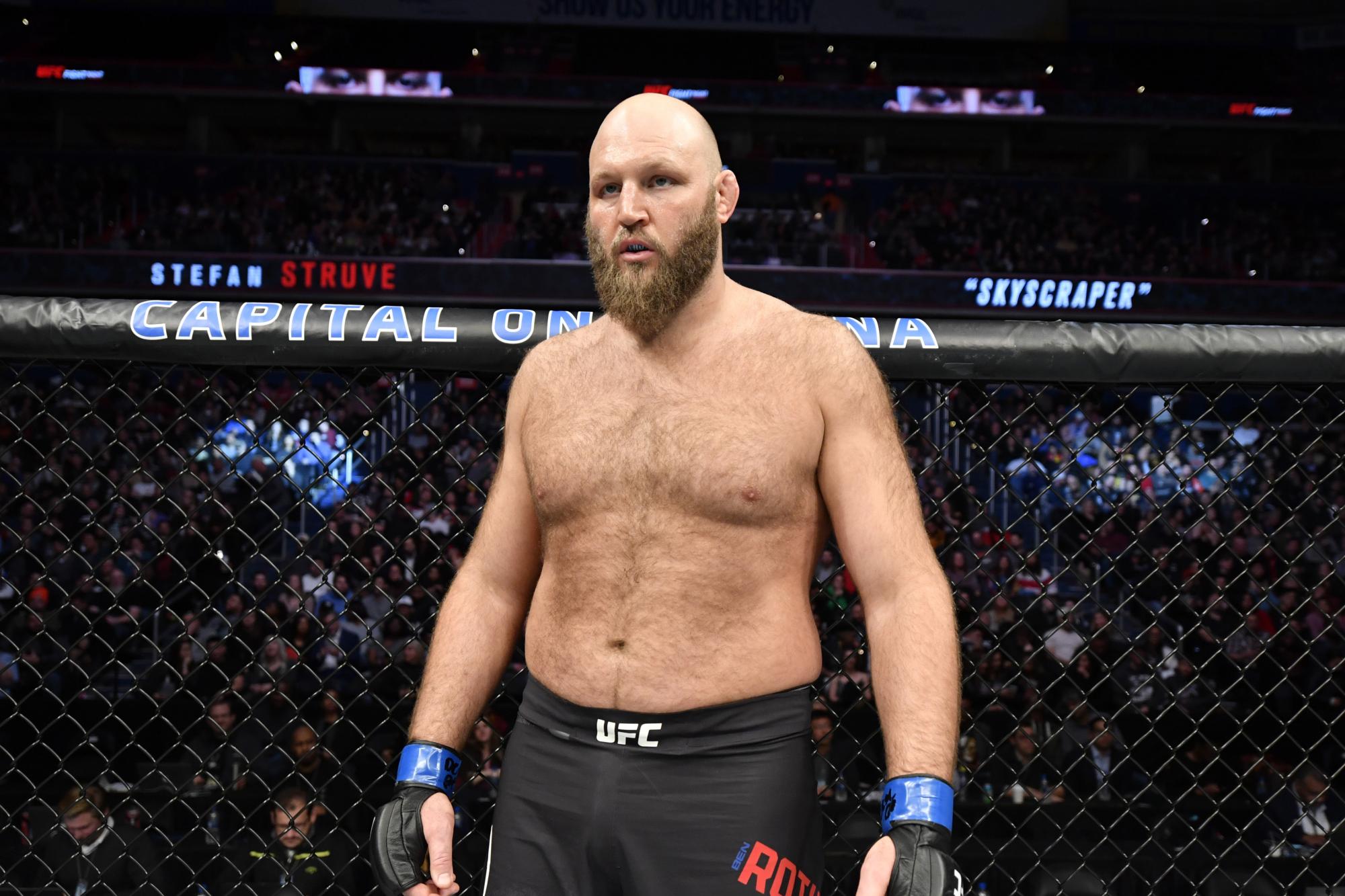 Ben Rothwell will be the first to admit that his return to the Octagon in 2019 didn’t go as well as he’d hoped. Rothwell accomplished the best run of his UFC career a few years earlier when he ran off a four-fight win streak that included victories over a host of heavyweight stars. But after the run finally came to a halt with a loss to Junior Dos Santos in 2016, he hit the sidelines.

The Octagon didn’t see Rothwell for nearly three years before he returned in March 2019. And after a couple hiccups in his first two fights back, the Rothwell of old seems to be back.

The heavyweight stalwart has scored wins in each of his last two fights and looks to keep the momentum going when he takes on Marcin Tybura at Fight Island on Saturday.

“This entire Fight Island experience is unique,” Rothwell said. “Everything has been top-notch and world class. The UFC has taken a really tough situation that’s affecting the whole world and taken it into getting the whole world talking (about fighting). It’s an impressive setup and I’m glad to be fighting.”

UFC.com sat down with Rothwell to discuss his upcoming fight Tybura and much more.

UFC: What do you know about Marcin Tybura and how would you describe the matchup?

It’s a clash. He likes to pressure his opponents; how that will work with me I’m not quite so sure. At the same time (Stefan Struve) is a lot bigger than me and he used that game plan against him, as well. He’s going to pressure me, and he likes to try and push forward and look for takedowns.

UFC: Is this the best version of Ben Rothwell we’ve seen right now?

UFC: How would you compare yourself now to when you were performing well and on a big win streak several years ago?

It always comes down to mentality. Physically, I’m performing well. I’m probably having harder training camps than before. It’s just getting my mind right and being able to pull the trigger, and then great things can happen.

UFC: Are you hoping to make a statement in this fight and re-enter the heavyweight rankings?

It’s always about getting a finish. Most of my wins have come by a finish. That’s what everyone wants to see and if I’m going to make a statement you have to finish an opponent decisively and that normally gets everyone’s attention.

UFC: What are you anticipating the feeling to be like when you walk out to the Octagon on Saturday?

Ultimately the Octagon is always the same to me. you love to hear the roar after a finish. But strategically, the no-crowd works to my favor. You get more feeling of a sparring match and if you can get that comfortable, that’s usually when you’re going to do your best.