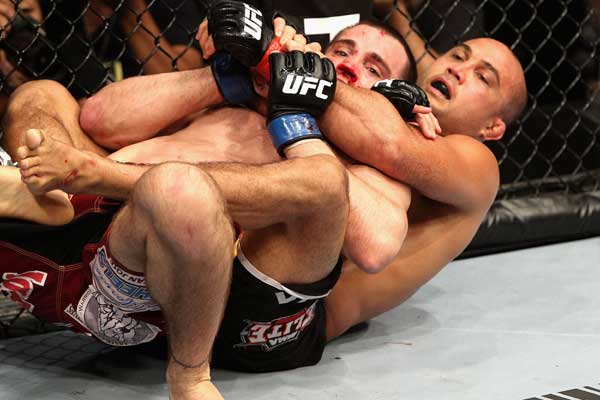 Perennial welterweight contender Jon Fitch finished up his UFC 127 main event against former two division champion BJ Penn with as dominant a round as you can have without a knockout or submission, but it was not enough to take the nod at the Acer Arena in Sydney, Australia, as the three judges rendered a draw verdict.

“I gave up some positioning in the first and second round, but I came back and finished out on top and did some damage of my own,” said Fitch. “I think I did enough to win at least a split decision.” Fitch post-fight interview

When asked by color commentator Joe Rogan is he believed he had done enough in the opening two rounds to pull out the win, Penn was honest in his own assessment. Penn post-fight interview

“No. I got some dominant positions in the first and second, but he kicked my butt in the third.” 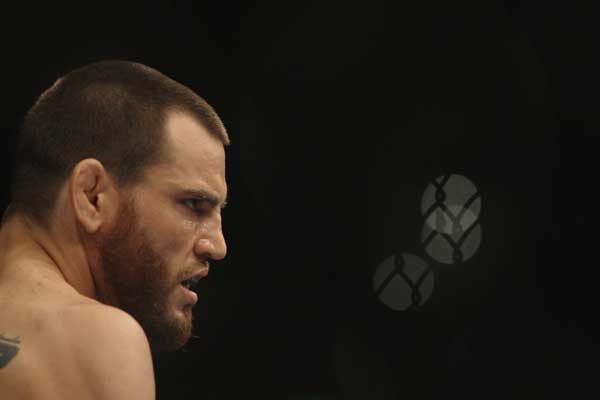 Penn shot for a takedown immediately, and when it came up short, he bulled Fitch into the fence. The two fighters traded knees at close range, and Fitch reversed position as he looked for his own takedown. Penn remained upright and landed some shots, forcing Fitch to drop levels. Penn held off Fitch’s attempt and got the match to the mat, quickly taking his foe’s back. After some tense moments, Fitch was able to turn and get off some ground strikes, and moments later, the two rose and locked back up against the fence, where they stayed until the bell.

Fitch and Penn traded wild strikes to begin the second, with Fitch using the opportunity to take his foe to the mat. Penn battled back to his feet, but Fitch stayed attached to him against the fence. Brief standup flurries punctuated the lock-ups at close range, with Penn bloodying Fitch’s nose. With two minutes left, the fighters broke, with Penn shooting in quickly and getting a takedown. Again he took Fitch’s back, but the Indiana native was able to turn and get in Penn’s guard, allowing him the opportunity to land his strikes and finish the round strong. 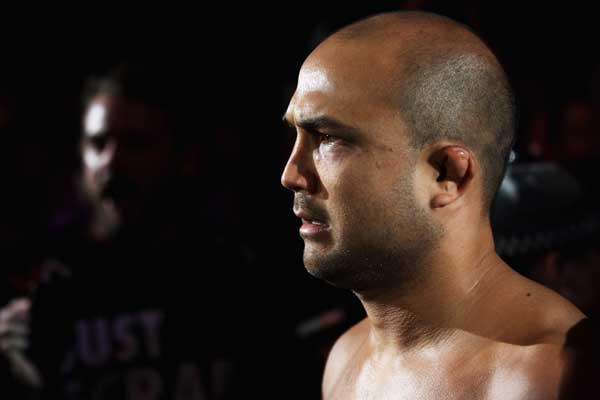 Opening with an overhand right and a takedown, Fitch started the third on the offensive. A series of ground strikes followed, but Penn was able to kick Fitch back and get back to his feet. Fitch didn’t stay away from his foe for long, as he took ‘The Prodigy’ back down.  Fitch fired away with both hands as he bulled Penn to the fence, with the former two division champion having no escape route. This scenario finished up the bout, with Fitch dominating the final five minutes.