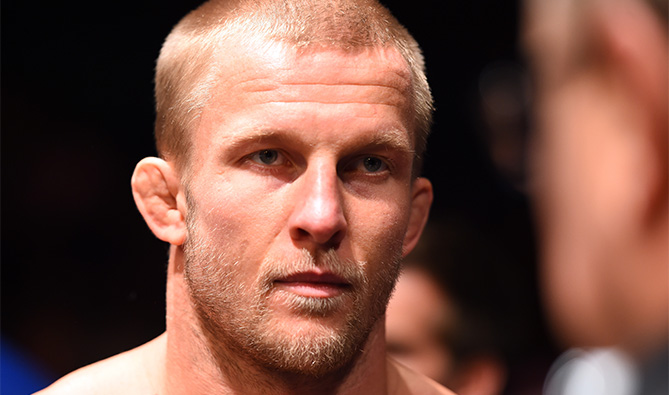 Misha Cirkunov’s first UFC fight last August could have been his 20th based on how cool the Latvian light heavyweight looked in dispatching Daniel Jolly in the first round in his adopted home country of Canada.

Cirkunov agrees that it felt like a normal fight in Saskatchewan that night, but he also admits that it wasn’t always that way for him.

“I look at it like this,” he said. “You need to learn Brazilian Jiu-Jitsu to be good in Brazilian Jiu-Jitsu. You master it. The same thing with boxing, weights, nutrition and everything you want to learn if you’re open-minded. And some of my first fights, I was extremely nervous. I was more nervous than the most nervous guy on the card, but it’s something that can be trained, something that can be developed, and something you can control. I try to study everything and what needs to be done, and I try to be the best me for every fight. I just know how to control my nerves and play the game now. I’m able to enjoy it now. Before, I was thinking too much. Now instead of thinking, I just do things.”

Like win. A pro since 2010, the Toronto product has emerged victorious in nine of his last 10 fights, and his current five-fight winning streak has seen him finish each bout by knockout or submission in the first-round. Some would say that the way he’s getting rid of opponents, Cirkunov doesn’t have time to get nervous, but more accurately, he’s reaching the point in his career where everything is coming together at the perfect time. And he’s enjoying all of it.

“I’m 29 now and I’m slowly getting rewarded for something I’ve been doing my whole life,” Cirkunov said. “It felt like such a long journey, and finally, it’s getting more appreciated. I used to fight for 500 bucks, so now there’s more drive, I’m more happy, and I love the UFC. It’s the best organization in the world and I’m so happy to be part of it.”

This Saturday, Cirkunov gets to cross another entry off his MMA bucket list when he fights in Las Vegas for the first time against Octagon newcomer Alex Nicholson.

“It is a big deal because some of the greatest fights that happened in the world happened in Las Vegas, and a lot of them happened at MGM Grand,” he said. “I really, really wanted to fight in Las Vegas.”

It’s always refreshing to hear an athlete enjoying the process and not just the paycheck. Athletic careers aren’t long, and if you don’t stop to take everything in every once in a while, when it’s over, there will be regrets. That won’t be the case with Cirkunov, who has been taking in the world and learning every step of the way since he and his family moved to Canada.

“My parents brought me to Canada when I was 12 years old,” he recalls. “My dad left and it was just me and my mom, and I tried to learn things on my own. I liked to read a lot, I liked to talk to people who are educated and I just love learning new things. I had some pretty good role models, and they put me in the right direction.” 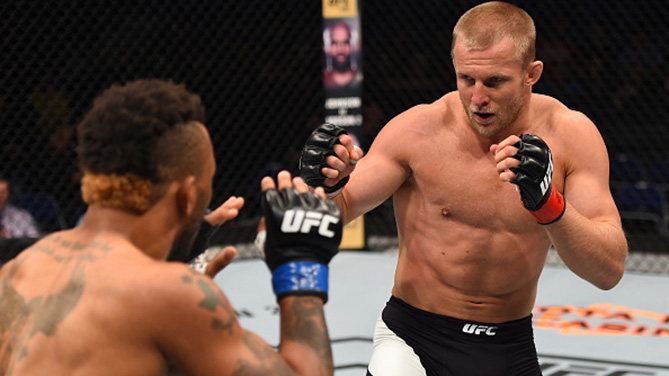 Now he’s fighting in Las Vegas in the biggest promotion in his sport, and despite his spectacular debut, he’s in no rush.

“I’m humble,” Cirkunov said. “I don’t want to say things that other people say. I enjoy the journey, I enjoy everything. I enjoyed getting into the UFC, getting the fighter kit, every single part of it. So I just want to experience it more and enjoy it more. Whatever they want to give me, I’ve never said no to any fight from any promoter, and I’m just excited that they’re giving me fights.

“You just have to be ready to fight, and opportunities will be there,” he continues. “That’s why I’m in no rush. I will enjoy every fight up until I get to where I want to be, and I want to show the fans that I’m not trying to jump the rankings. I’ll fight one fight at a time, keep the crowd entertained, and I want more people to know who I am. And the only way they will know who I am is by fighting and I’m excited to do it.”

The only thing that could excite Cirkunov more is a UFC event in Latvia, where he has been gaining more and more support since his Octagon debut.

“That would be crazy,” he said. “We have really loyal fans in the country, and I’m sure if the UFC ever decides to do it in Latvia, it will be a sold out show, and I would love to be on that main card.”

But first, it’s Las Vegas, and the beginning of what he hopes is another year to remember.