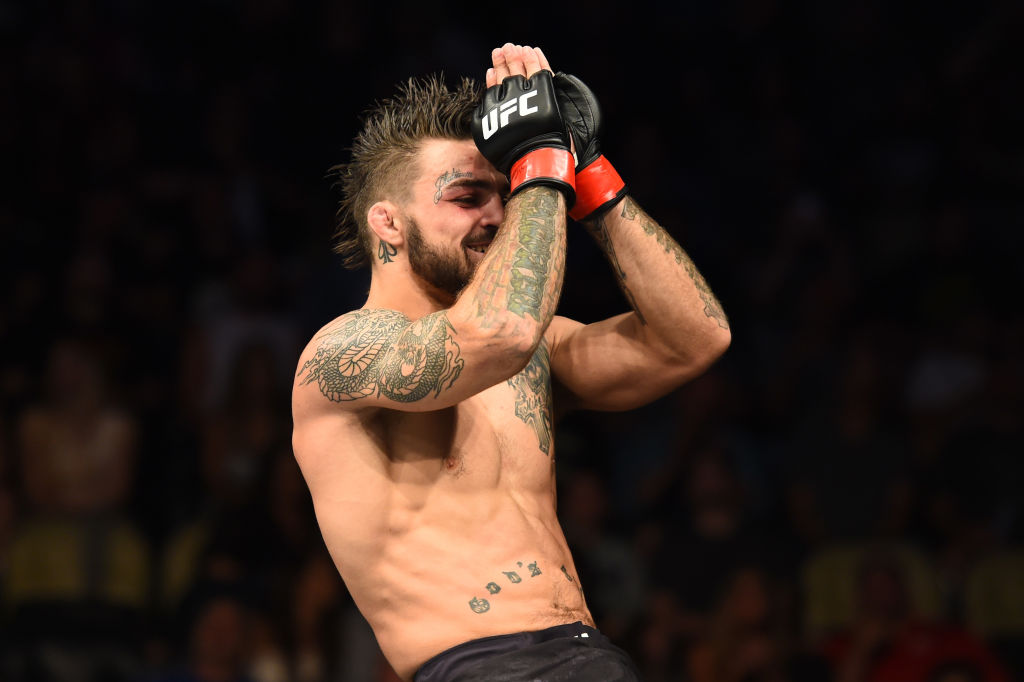 Welterweight “Platinum” Mike Perry wasn’t thrown off by a fight week opponent switch from Thiago Alves to Alex Reyes, as he knocked Reyes out in the first round of their UFC Fight Night co-main event at PPG Paints Arena in Pittsburgh on Saturday. He even has an opponent in mind for his next bout.

“I worked my butt off for this,” Perry said. “It was supposed to be Thiago in here. He ran from me, and now I think I deserve a top ten (opponent). Everybody wants to see me beat up Robbie Lawler.”

Perry was clearly on the search for a knockout from the start, and while Reyes gave him some issues early with his movement, eventually the Floridian closed the distance and began unloading power punches, elbows and knees. It was a right knee that hit its mark on Reyes and dropped him, a final hammerfist prompted referee Keith Peterson to intervene and end the bout. The official time of the knockout was 1:19 of round one.

Orlando’s Perry improves to 11-1 with the win; Victorville’s Reyes falls to 13-3. 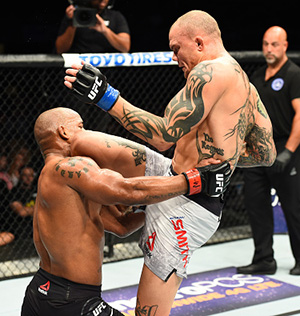 Anthony “Lionheart” Smith made it three straight knockout wins Saturday night, and none of those victories were bigger than this one, as he defeated longtime middleweight standout Hector Lombard in the third round.

The 5-9 Lombard had little issue closing the distance on the 6-4 Smith in the opening round, as he chopped at his opponent’s lead leg with kicks and then fired off power punches to the head, staying busy throughout the first five minutes.

The fight got a lot closer in the second, with Smith finally finding his range late in the frame, when he staggered Lombard with a right hand and then asked, “Do you know my name yet?”

Just before the midway point of round three, the right hand of Smith struck again, and this time, Lombard hit the deck and he wouldn’t recover, as two more unanswered shots brought in referee Dan Miragliotta to stop the fight at 2:33 of the final frame. 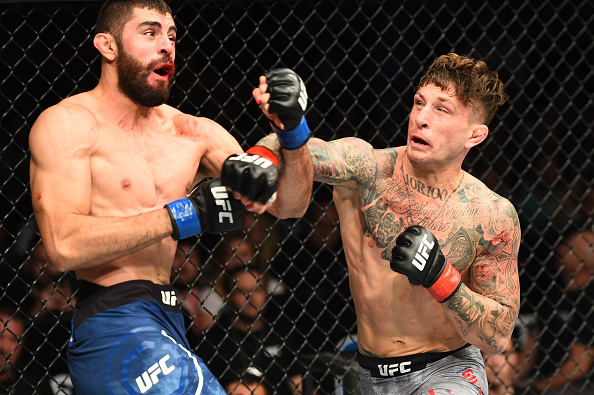 Long Island up and comer Gregor Gillespie continued to impress, as he moved to 3-0 in the Octagon with a second-round submission win over Jason Gonzalez in an exciting lightweight tilt.

Gonzalez raced out of his corner at the start and landed a pair of head kicks that prompted Gillespie to look for a takedown, but when that came up short, an elbow put Gonzalez on the deck. Gonzalez shook off the effects of the blow and got back to his feet. The two went on to go blow for blow in the center of the Octagon until Gillespie took his foe down. Gonzalez scrambled to his feet, only to get taken down again. When they rose, a left uppercut from Gonzalez jarred the New Yorker, who was able to land another takedown in the final minute.

The furious standup exchanges didn’t let up as round two began, but after getting his shots in, Gillespie scored another takedown and was able to get into the mount. Soon after, Gillespie locked in an arm triangle choke, and while Gonzalez fought hard to escape, eventually he had to tap out at the 2:11 mark.

Rising welterweight star Kamaru Usman delivered the most impressive victory of his UFC run, as he knocked out Sergio Moraes in the first round to increase his overall winning streak to 10.

Usman was determined to make a statement against the Brazilian and he marched after him from the start, refusing to look for one of his trademark takedowns. In the first minute, he followed up a hard leg kick with a right hand that dropped Moraes, and it was the beginning of the end for “The Panther,” who rose to his feet, only to be finished with another right hand that put him down face first at 2:48 of the opening frame. 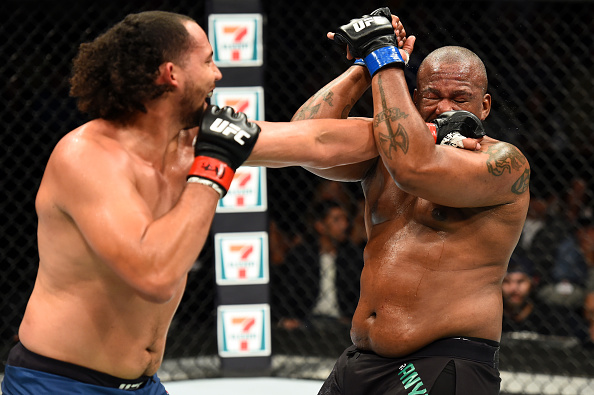 Unbeaten heavyweight prospect Justin Ledet kept his “0” in place in the main card opener, as he scored a three-round split decision over late replacement Zu Anyanwu.

The first round was fought at a measured pace, and while Anyanwu’s work rate wasn’t high, he did land a couple right hands that got Ledet’s attention.

Ledet remained patient in the second, allowing his jab and movement to keep Anyanwu at bay, but in the third, Pennsylvania’s Anyanwu made his move, rushing his foe in spurts even as he battled a rapidly closing right eye. Ledet stayed cool under pressure, content to work behind the jab, and it was enough for him to secure the victory.