Fine at 39 - Silva Returns with Win over Diaz 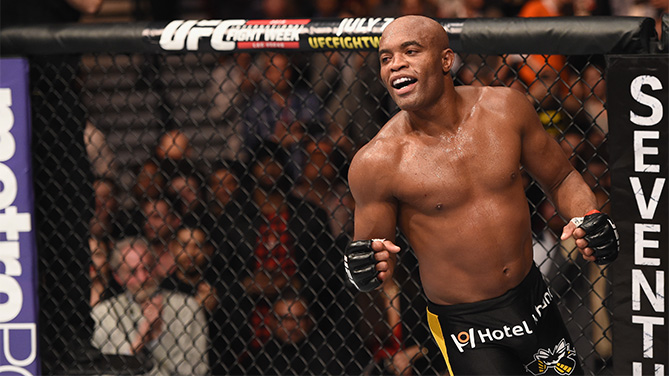 It may not have been the Anderson Silva of old Saturday night in the UFC 183 main event at the MGM Grand Garden Arena in Las Vegas, but with Silva returning after more than a year removed from the sport due to a broken leg, the fans of the Brazilian icon will be satisfied that it wasn’t an old Anderson Silva who scored a near-shutout unanimous decision win over Nick Diaz in an emotional victory for the 39-year-old. 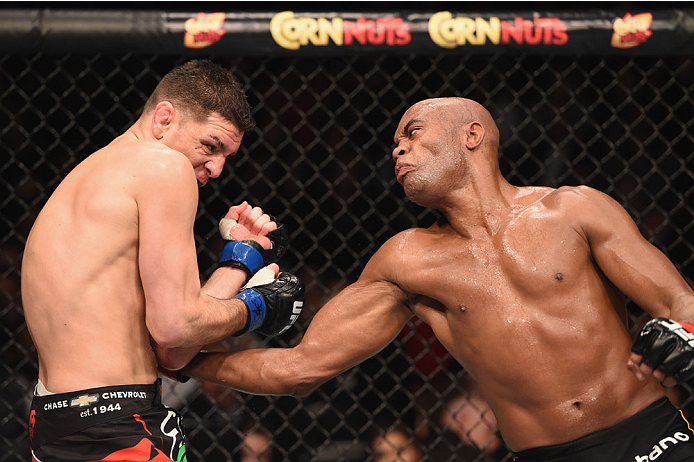 Scores were 50-45 twice and 49-46 for Silva, who dropped to the canvas in tears after the decision was announced. As for his future, the Curitiba native talked of his children wanting him to quit, saying “Maybe I’m back, I don’t know.”

Diaz, who was competing for the first time since a March 2013 loss to Georges St-Pierre, came out fast and taunted Silva, calling him to fight. Silva landed with a right-left, but Diaz shook it off and dropped his hands, then even fell to the floor, trying to goad Silva into a brawl. The crowd erupted, but Silva wouldn’t bite. Two minutes in, Diaz began throwing punches, landing several shots to the face. Silva fired back with a kick from his previously broken leg, and the fight then settled into a groove befitting a fight between two of the best in the game.  With a little over a minute left, Silva rallied with some sharp jabs and Diaz began showboating again, leading into some hard rights from “The Spider.”

The pace slowed in the first two minutes of the second stanza, Diaz then picking things up with four unanswered kicks to the back of the leg. The Stockton native then sought a takedown, but Silva defended easily, With 90 seconds left, Silva and Diaz flurried, the Brazilian scoring with the harder shots, and in the final minute, Silva landed a thumping kick to the body of Diaz, who tried to make up for lost time with some punches of his own that had little effect.

Silva’s leg kicks appeared to be having an effect on Diaz, who kept switching stances in response. Diaz continued to 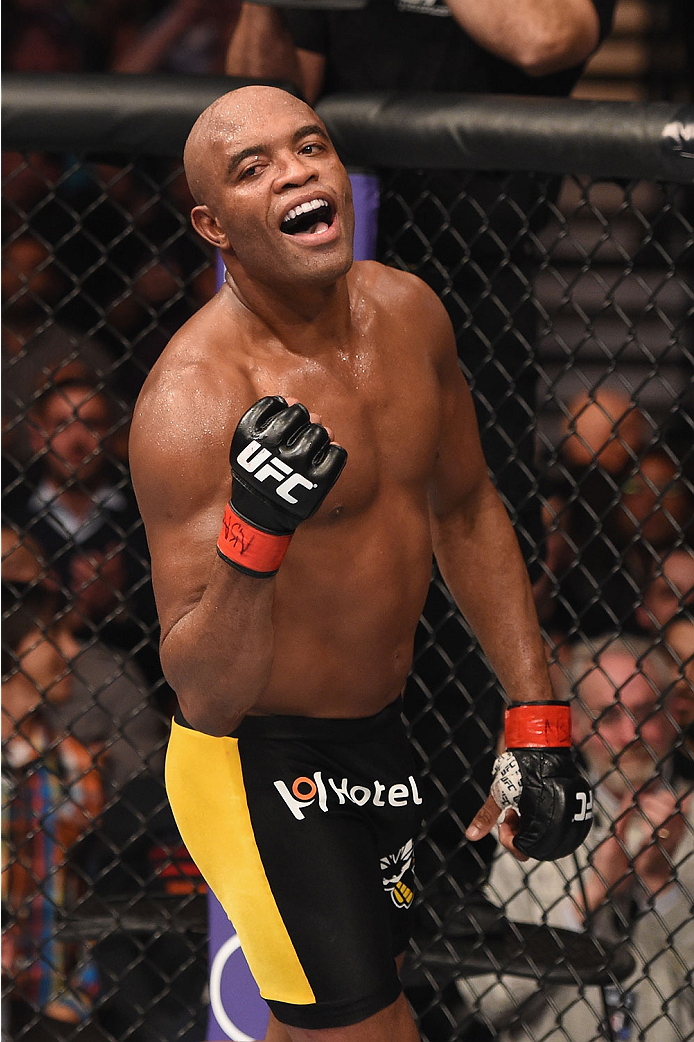 taunt Silva, who refused to play along. Instead, Silva upped his work rate, bloodying Diaz in the process, a tactic mimicked by Diaz in the final minute, but without the blood or the same results.

Diaz stayed busy with leg kicks in the fourth round, Silva taking them all with little complaint, but slowing his pace down considerably until the second half of the round, when he put together his offense, but only in spurts.

With five minutes to go, Diaz was still trying to entice Silva to brawl, offering his chin to the former middleweight champion. But Silva was only going to do that at his pace, and in the second minute, Silva began to pick things up after getting caught with a left to the face. There was little sense of urgency from Diaz, who was fighting the same way as he did in the early rounds, but Silva was trying to finish strong, even though he wasn’t hurting Diaz like he had so many previous foes. And though both fighters raised their arms in the air at the final horn, there was no question that it was “The Spider” who earned this one. Diaz, as is his custom, didn’t agree.

“I felt like I won every round,” Diaz said. “I love Anderson Silva, great guy. These judges don’t like my attitude sometimes, but I’ve got to push my guy to throw, so I can get my fight going.”