Finally, McCall will enter the Octagon at UFC 208 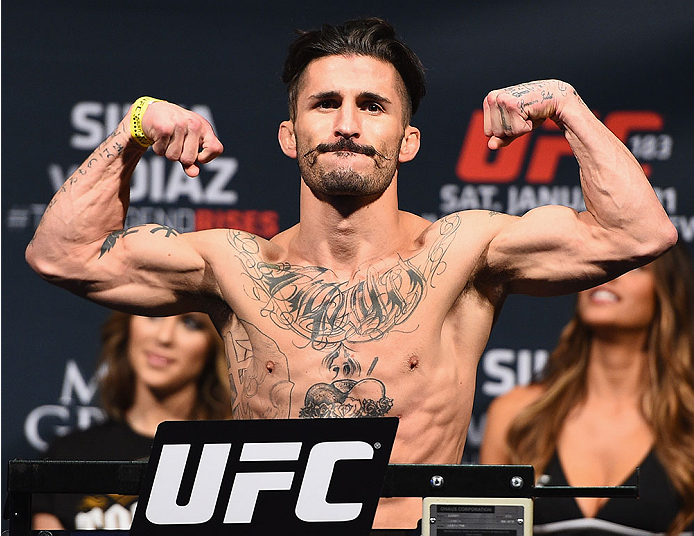 Ian McCall weighs in before his fight with John Lineker at UFC 183" align="center" />
Get ready, New York City. Ian McCall is coming. And this time, he might actually get to fight.

“It’s so ridiculous, I just laugh at this point,” McCall said, more than two years removed from his last bout against John Lineker in January 2015.

Since that night in Las Vegas, McCall has seen bouts with Dustin Ortiz, Justin Scoggins, Ray Borg and Neil Seery (twice) go by the wayside. And whether by injury, illness or fight week mishaps, the end result was the same – no “Uncle Creepy” in the Octagon.
RELATED: Matchup w/ Jared Brooks | Fighter bio
The most recent non-fight for McCall was his second scheduled meeting with Ireland’s Seery, who unfortunately had to withdraw from the bout due to the passing of his mother-in-law.

“I felt real bad for Neil,” McCall said. “I get it, and it’s hard to go through that. He (Seery) messaged me and told me he might have to pull out. I said, ‘No worries. I’m sorry and I’m happy that you’re thinking of family first because that’s important.’”

It was as mature and empathetic a response as anyone could offer. I ask McCall how he would have reacted ten years ago.

“I probably would have gone out on a bender to be honest, knowing me, especially ten years ago,” he said. “If I wasn’t fighting, I wouldn’t be in the gym this morning, that’s for sure. I’d probably still be drunk and high.” 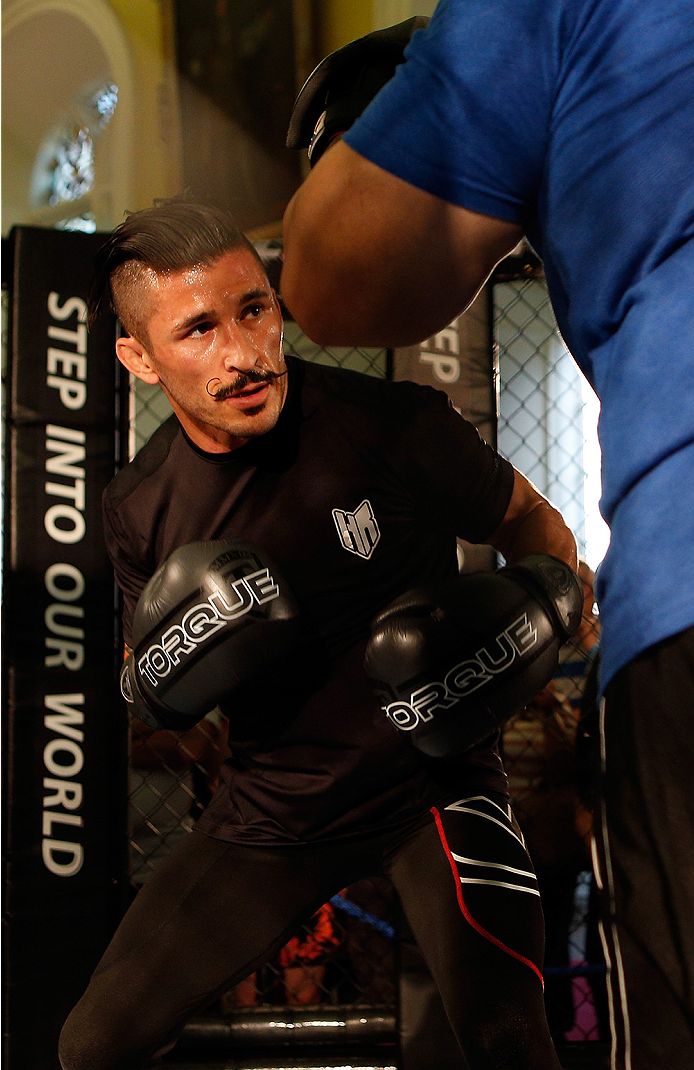 stride on the mainstream scene. By the tail end of 2007, he was in the WEC, which was now under Zuffa ownership and about to become the premier home for lighter weight fighters. But McCall wasn’t ready for prime time, and after a 2009 loss to Dominic Cruz, he was off into the wilderness again.

It wasn’t until 2011, when he made his flyweight debut with a win over Jussier Formiga, that he found his niche and began to make a new life for himself personally and professionally. It was after the Formiga fight that New York City got its dose of “Uncle Creepy,” who was in town for The Ultimate Fighter 14 tryouts. During the grappling portion, he picked a cool hundred bucks for a submission, and he wanted to get rid of it, so he asked a bunch of his fellow TUF hopefuls to hit the town with him.

“Listen, let’s go into town, tryouts are over, I made a hundred bucks for landing a submission, I’ll pay for dinner, I’ll buy us beers, let’s go have fun,” he said.

“Half of the group was like, ‘We’re tired, let’s relax,’” McCall recalled. “So I said, ‘Meet me in the lobby in 20 minutes or I’m gonna go slap you. We get to go hang out with Chuck Liddell.’”

They agreed to show up.

“I had to name drop for them to do it,” McCall said. What followed was a memorable night kicked off with some pizza from Lombardi’s and a visit to actor Mickey Rourke’s apartment. All on a hundred dollars?

“I know how to stretch a buck,” he laughs. “I’m sure I ended but spending five hundred bucks that night, but I didn’t really pay attention.”

This time around, the 32-year-old flyweight contender is all business. He’s a father, in a committed relationship, and he’s got his sights set on a third fight with UFC flyweight champion Demetrious Johnson. But first, it’s late replacement Jarred Brooks on his dance card this Saturday night in Brooklyn, and “The Monkey God” has wasted no time trying to get under McCall’s skin on social media. To no avail.

“He’s just building the fight and having fun,” McCall said of his opponent. “This kid is gonna try and make a name off me because he’s never fought in the UFC. He’s pretty decent, but he’s gonna get taught a lesson. Let him have his fun. Whatever he can say to me, I’ve been called way worse by way more important people in my life.”

This is the mature Ian McCall, but when it’s all said and done for his fighting career, he admits he wouldn’t mind creating an interesting job with the UFC.

“I would honestly love a desk job with the UFC,” he said. “That would be great if I could get an analyst job, or I can be the Commissioner of Fun.”

Anyone who can stretch a hundred dollars through a night in New York City is certainly qualified to be Commissioner of Fun.