Fights To Watch Before UFC 245

Look back at eight stand out fights from some of the card's biggest stars
By Gavin Porter, On Twitter @PorterUFCNews • Dec. 13, 2019

Is there anything more fun than a bad blood title fight?

This match-up has been a long time coming, with plenty of trash talk and antics building the tension for this highly anticipated bout. Usman's 14 fight win-streak has been impressive to say the least. He's dispatched Leon Edwards, Rafael dos Anjos, Demian Maia and Tyron Woodley on his way to becoming champ. And he's done it in dominant fashion.

Covington has put together a seven fight win-streak, with wins over many of the same fighters as Usman. In his last fight he absolutely outclassed former champion Robbie Lawler and continued to make the case that he will be the guy to take out Usman. It is a fight that needs to happen and it is the fight the world will have their eyes on this Saturday.

Featherweight king Max Holloway will look to keep the "Blessed Express" chugging along against surging challenger Alexander "The Great" Volkanovski. Women's MMA "G.O.A.T." Amanda Nunes will look to defend her bantamweight belt once again in a rematch with Germaine de Randamie.

Three title fights has only happened four other times in the history of the promotion and UFC 245 is shaping up to be one of the best cards of the year. Make sure you check out the entire collection of fights to watch on UFC Fight Pass to get ready for the big event: https://ufcfightpass.com/video/65701?playlistId=2604 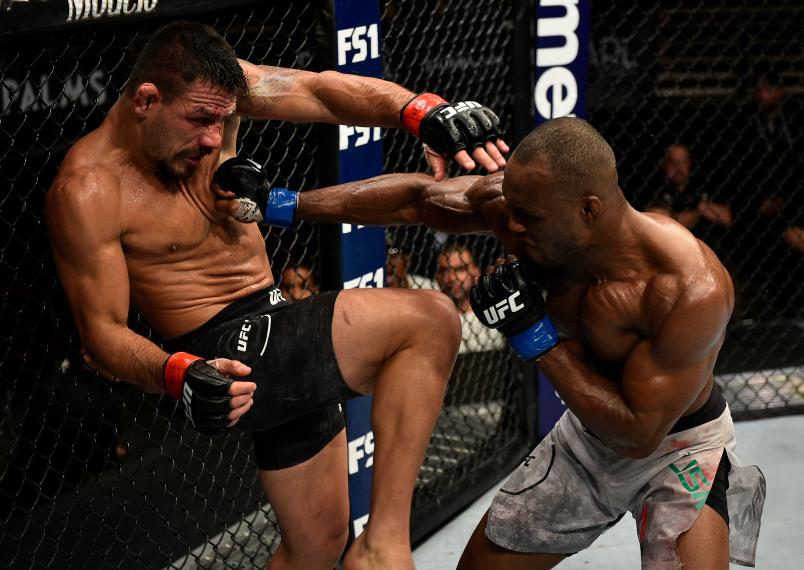 If there were any questions about Kamaru Usman's dominance those questions were quickly answered when he fought Rafael dos Anjos at TUF 28 Finale last November. For five rounds Usman smothered RDA, completely nullifying the former lightweight champion's game. The performance was equal parts stunning and eye opening. 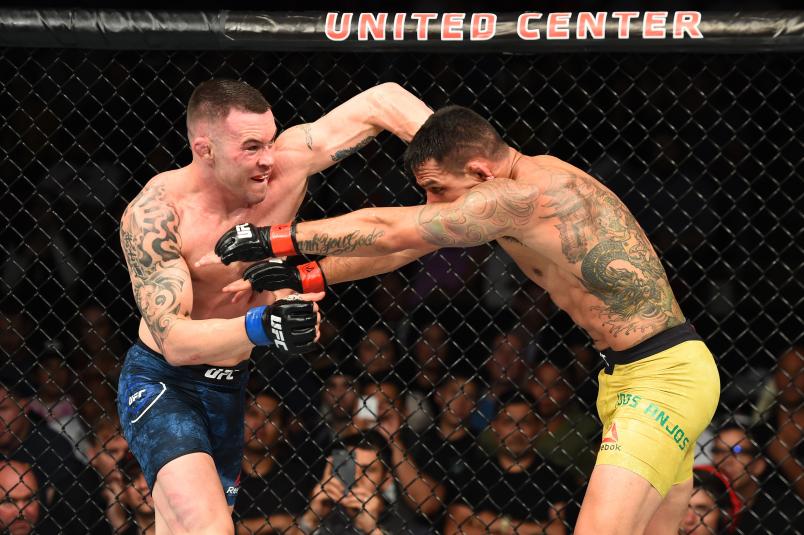 Colby Covington's interim title fight with Rafael dos Anjos was a major turning point in his career. It let people know that he has the skill set to back up what he says. His pressure and his volume was too much for RDA that night in Chicago. 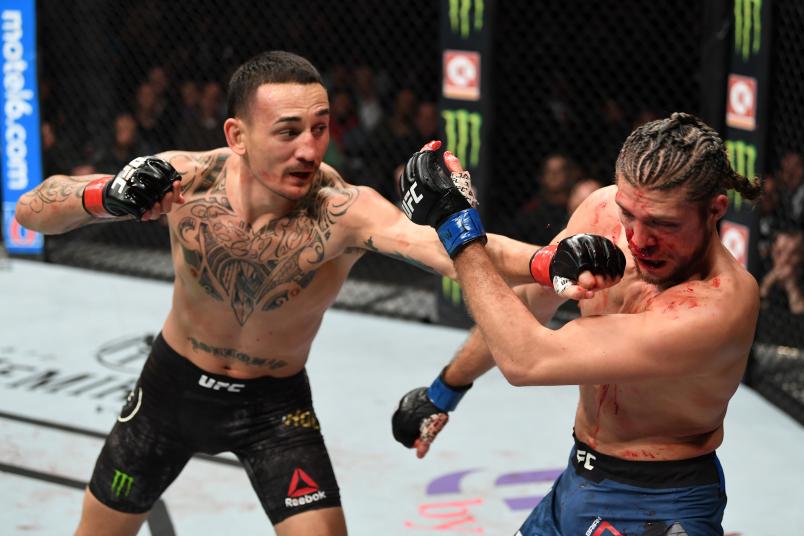 The best is "Blessed." Max Holloway proved that statement once again by dismantling Brian Ortega at UFC 231. And despite Ortega's incredible toughness and heart, the show was all Holloway's. The featherweight champ peppered Ortega for four rounds before the fight had to be stopped. It was a masterclass of a performance from Holloway. 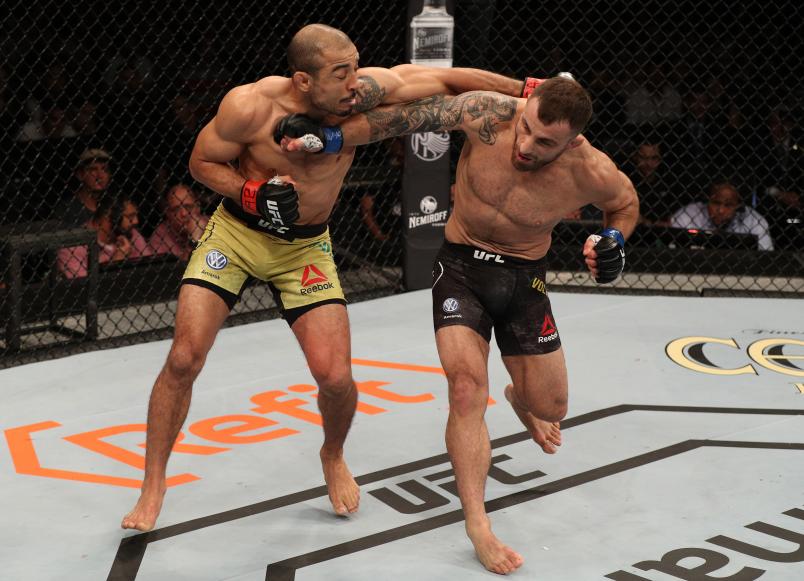 Beating the King of Rio in Rio is no simple task but Alexander Volkanovski went to Brazil and got it done against Jose Aldo. Since that fight Volkanovski has talked about his fight IQ and about how he completely neutralized Aldo's dangerous striking. Watching it back and paying attention to the subtle details that Volkanovski added to his game show just how good he is. 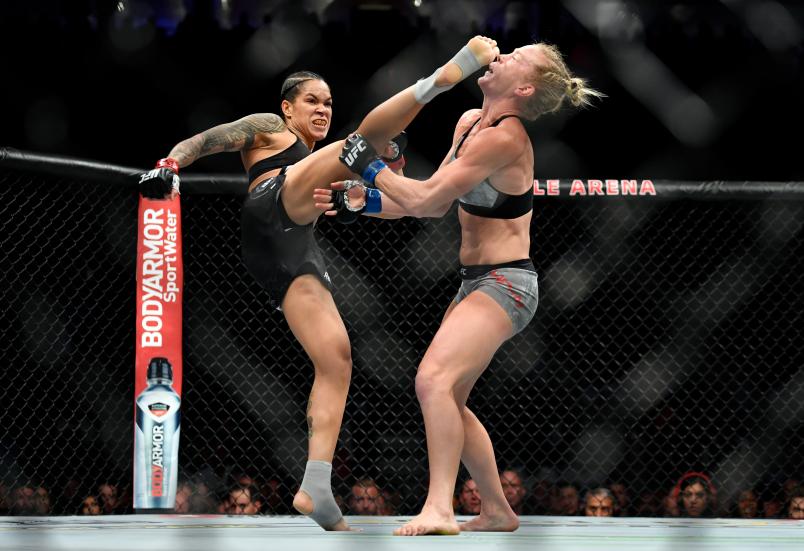 Amanda Nunes has a ridiculous resume. At UFC 239, Nunes added to her illustrious career by knocking out Holly Holm with an amazing head kick. It was a moment that sent T-Mobile Arena into an a frenzy and cemented her status at the "G.O.A.T." 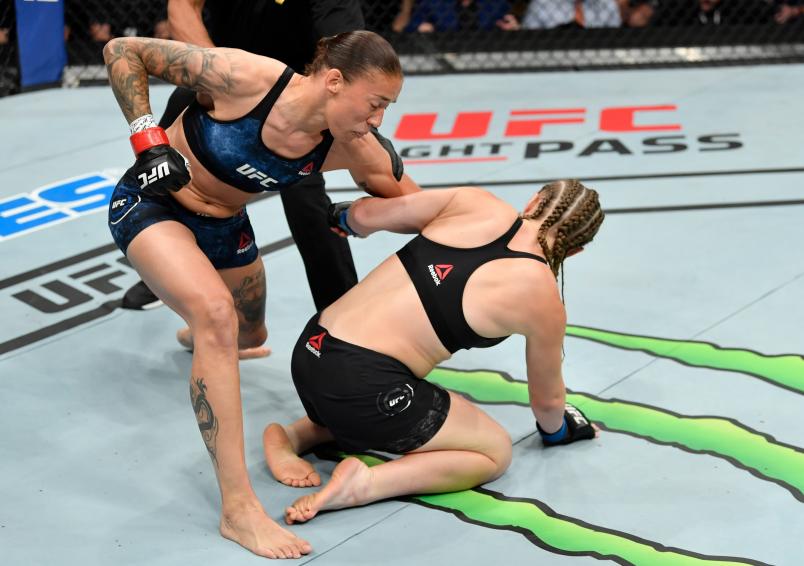 Germaine de Randamie knew she was facing a rising star in Aspen Ladd, so she shut the hype train down in 16 seconds. That type of performance put her right into the mix for a rematch with Amanda Nunes. 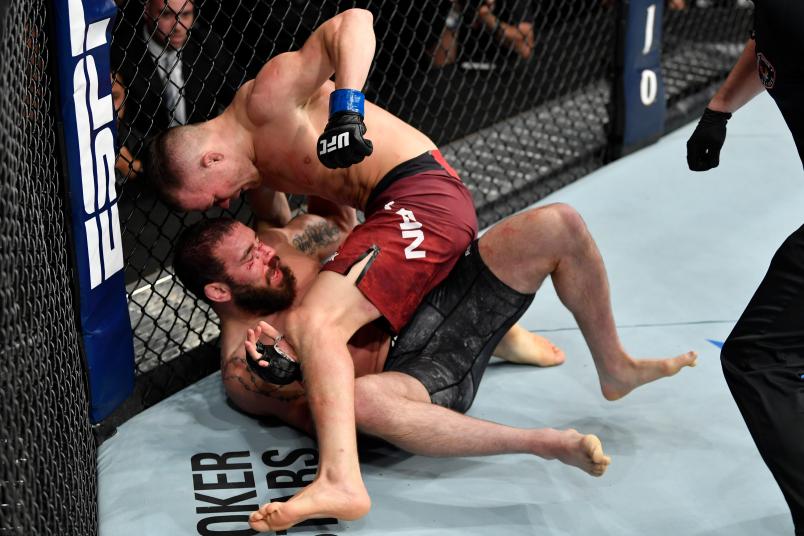 There is no doubt that Petr Yan's nickname suits him. "No Mercy" showed just that against Jimmie Rivera at UFC 238, constantly pressuring Rivera and pouring on devastating strikes. It was an impressive performance and definitely put Yan on the short list of title contenders at bantamweight. 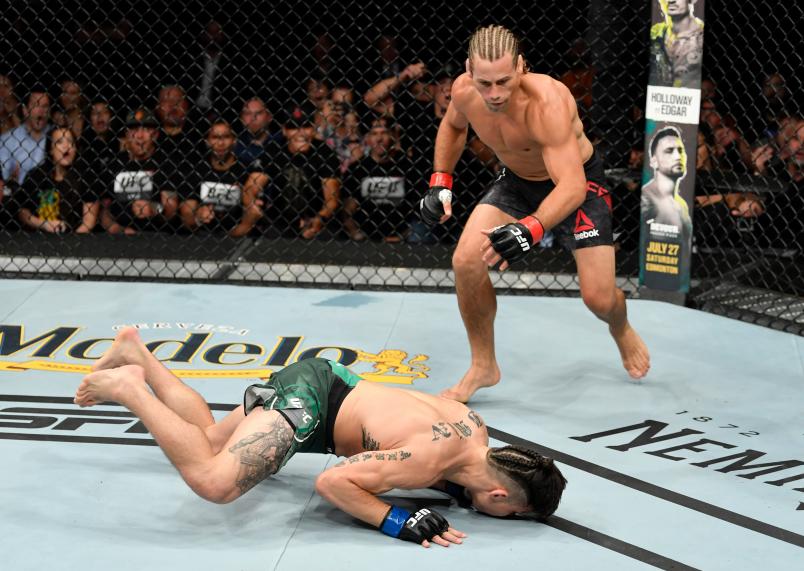 Urijah Faber's return to the UFC was a triumphant one, as he knocked Ricky Simon out in just 46 seconds at UFC Sacramento. It was a big moment for Faber, who stepped out of retirement for the bout.

Make sure you check out the entire UFC 245 collection on UFC Fight Pass right here: https://ufcfightpass.com/video/65701?playlistId=2604