Fights To Watch Before UFC 243

Look back at eight stand out fights from some of the card's biggest stars
By Gavin Porter, On Twitter @PorterUFCNews • Oct. 4, 2019

The unified UFC middleweight title will be on the line in Melbourne, Australia on Saturday in what will be the biggest fight in the history of Australia and New Zealand.

Robert Whittaker is finally back in action and he will look for his third opportunity to fight for UFC gold in Australia. Standing across the cage from him will be Israel Adesanya, whose rise to to the top of the division has been fast and furious. It's an intriguing match-up with more at stake than just a belt. It's Australia vs New Zealand and it's for all the glory.

Elsewhere on the card is Adesanya's teammate, Dan Hooker, who will be fighting fan favorite Al Iaquinta in the co-main event. Both lightweights have cemented their status as two contenders and Saturday's showdown will go a long way in determining who is ready to break into the top five. In addition, Tai Tuivasa and Megan Anderson return to the Octagon on home soil. 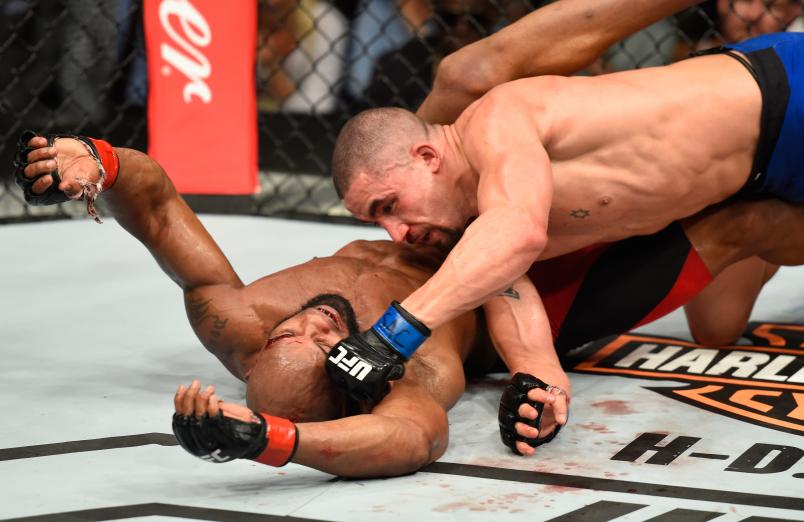 When it comes to heart don't ever question what's beating inside Robert Whittaker's chest. After tearing his ACL early in his match-up with the deadly Yoel Romero, Whittaker managed to outwork and defeat "The Soldier Of God" in a thrilling five round war. 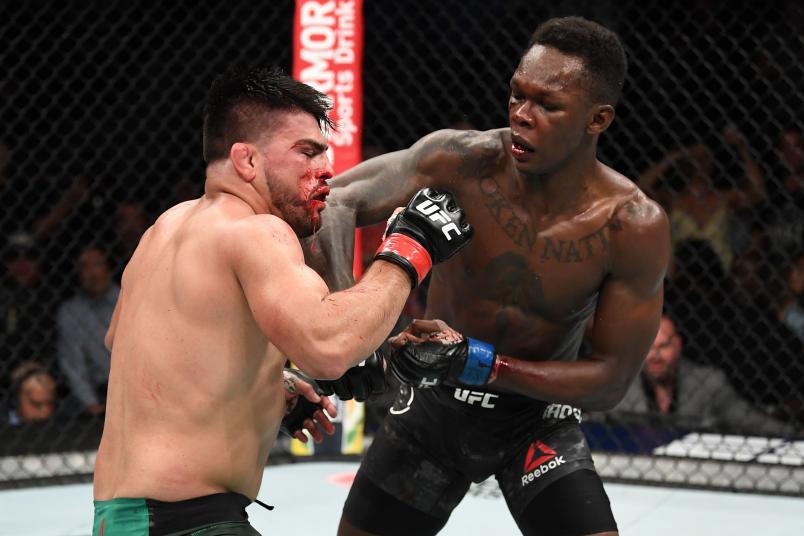 Israel Adesanya earned his shot at Robert Whittaker and he did so by going five rounds in one of, if not the best fight in 2019 so far. "The Last Stylebender" put on a absolute show against Kelvin Gastelum for the interim middleweight title. He showed determination, his high-level striking and much more. Watch this crazy fight and see what Adesanya is capable of in the championship rounds. 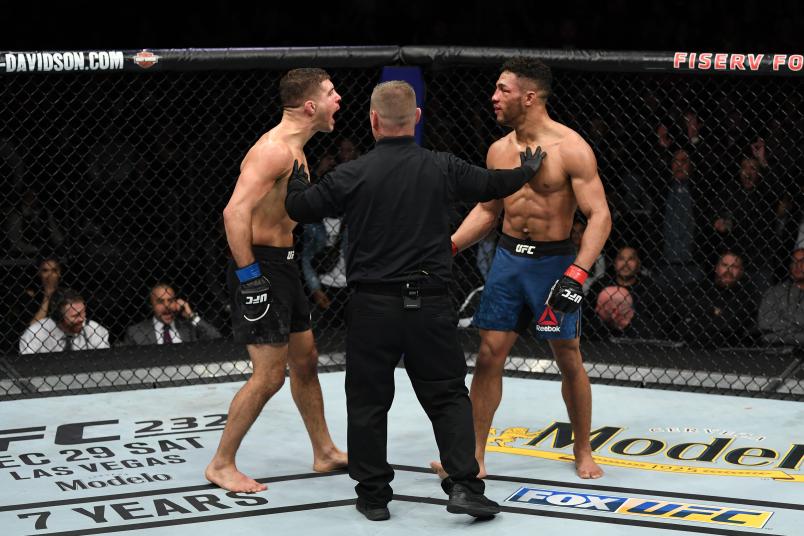 Al Iaquinta is always up for a challenge. He faced Kevin Lee once before and when his name popped up again, he didn't shy away from the match-up he sprinted right toward it. "Raging" Al delivered a memorable performance, with a trademark moment that had the entire arena in Milwaukee losing their minds. 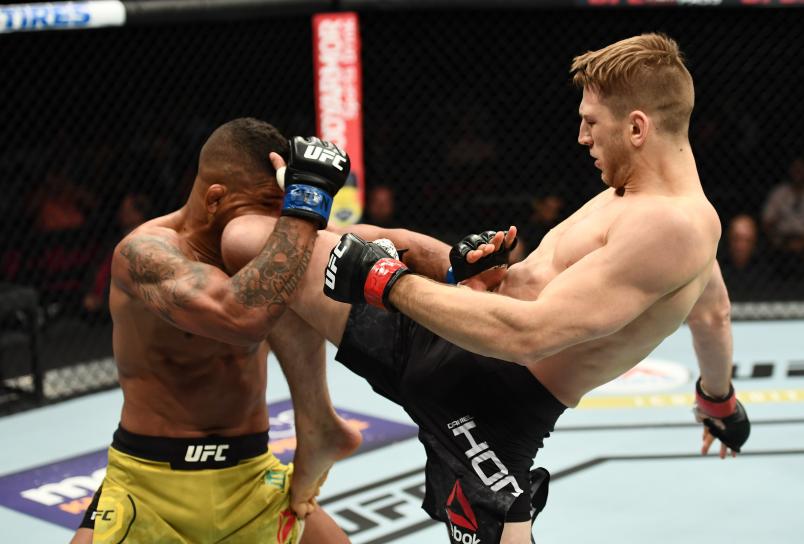 Dan Hooker is a violent man. He doesn't waste anytime taking his opponent out. Against Gilbert Burns it was more of the same, as "The Hangman" brought devastating power and made sure it was an early night in Chicago. 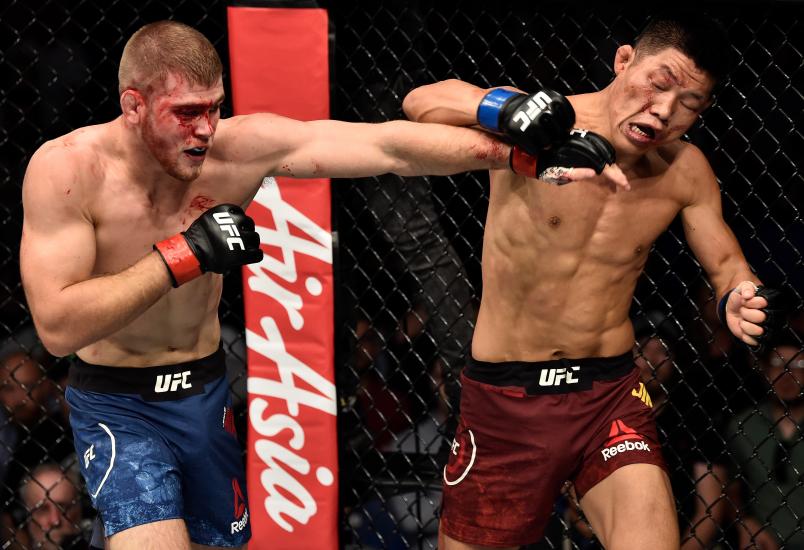 The 25-year-old Jake Matthews has been fighting for the UFC since 2014. He's faced some tough opponents and he's only gotten better. Against "The Leech", Li Jingliang, he put on quite a performance that showed just how much potential "The Celtic Kid" has. 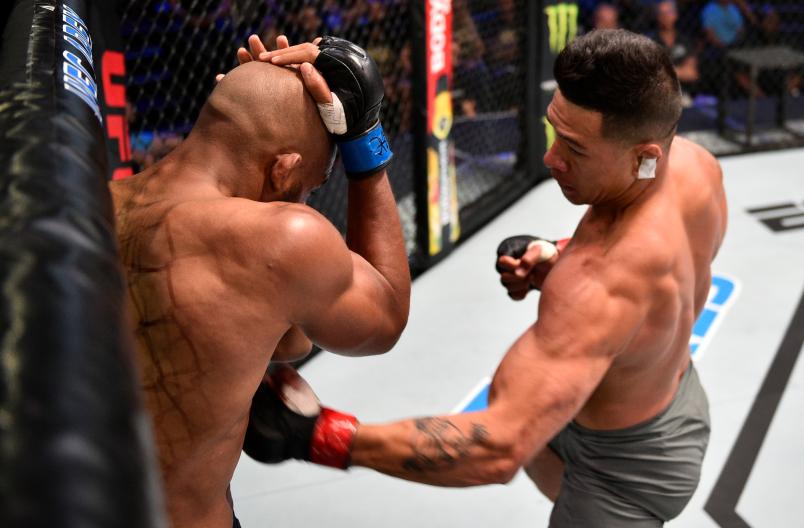 With a nickname like "Coconut Bombz" how can you not be fun to watch? Maki Pitolo made sure to bring the excitement and earn a UFC contract on the latest season of Dana White's Contender Series. Watch his performance on the show ahead of his UFC debut this Saturday. 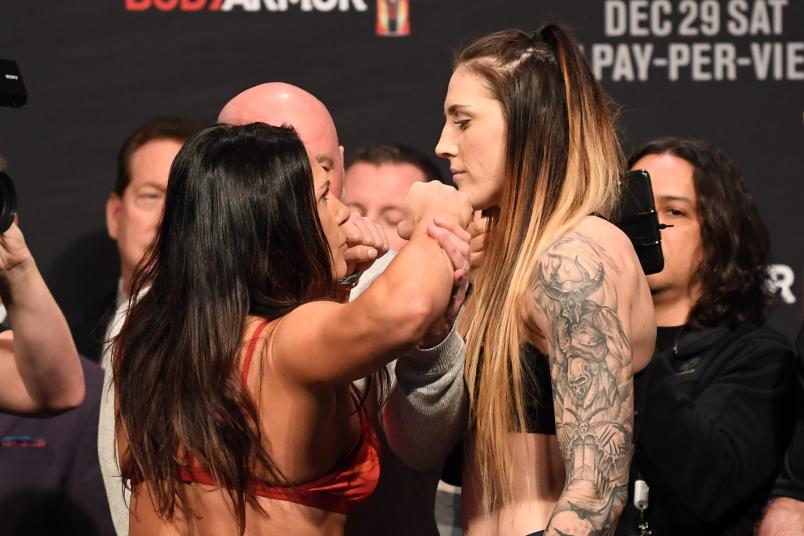 You never want some sort of eye poke to end a fight and that was the case in this one. But it was far from a normal eye poke, as Megan Anderson's head kick caught the eye of Cat Zingano. The strike showed just how dangerous Anderson is and the fight showed her killer instinct as she poured it on once she knew that Zingano was injured. 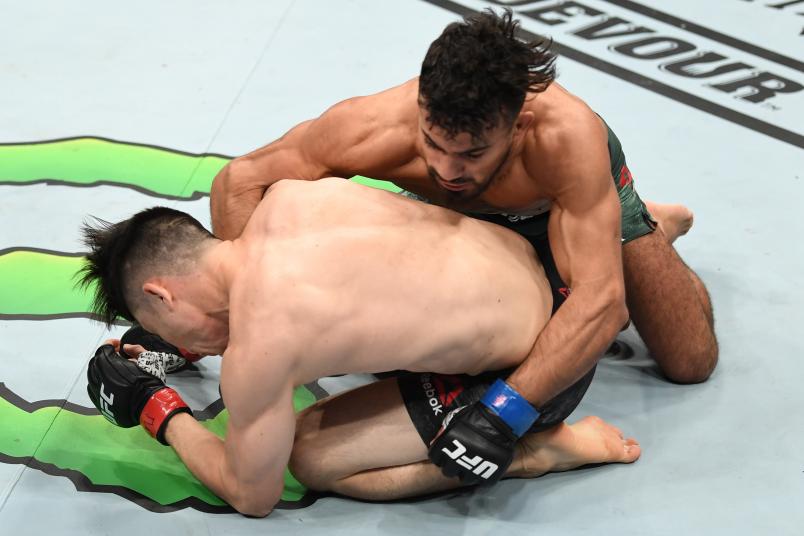 It didn't take long for Khalid Taha to make a name for himself in the UFC, it only took 25 seconds as matter of fact. Taha's performance at UFC 236 against Boston Salmon was impressive and makes him a fighter to watch out for at UFC 243. 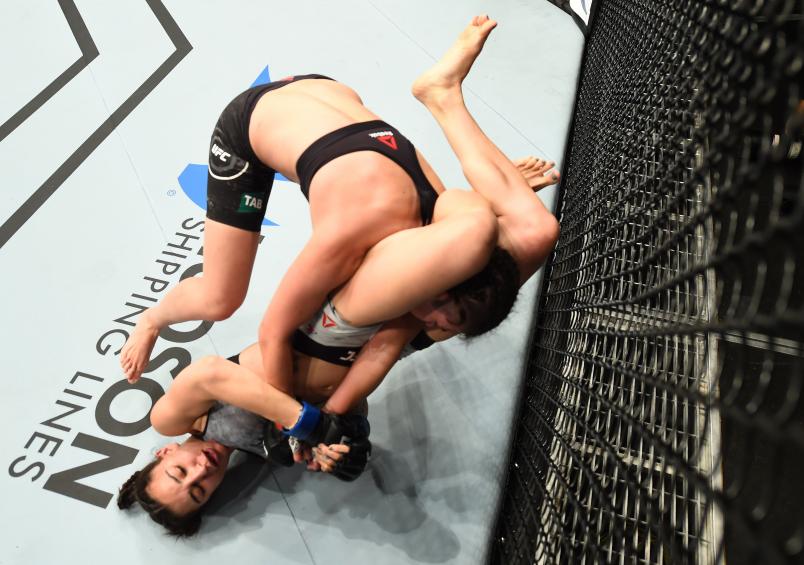 Fighting in front of her fellow Aussies in Sydney helped Nadia Kassem secure her first career UFC win against Alex Chambers. It was a gritty performance that indicated big things to come from Kassem.

The UFC 243 main card starts live on PPV at 10pm/7pm ETPT. Make sure you tune in to see all the action live from Marvel Stadium in Melbourne, Australia.