Look Back At Eight Stand-Out Fights From The Stars Of UFC Philadelphia
By Gavin Porter • Mar. 28, 2019

On Saturday the Octagon returns to the ‘City of Brotherly Love’ for the first time since 2011, featuring a spectacular match-up between two of the best lightweights in the world when Edson Barboza goes to war with Justin ‘The Highlight’ Gaethje. The striking battle should be fireworks, as both fighters are renowned for their high octane striking and relentless pressure.

The co-main event for UFC Philadelphia features the dangerous David Branch versus the rising Jack Hermansson. Both middleweights are in need of a big win and have major fight finishing capabilities.

Get ready for UFC Philadelphia by watching the past performances of some of the cards biggest stars and prospects. Watch the collection here: https://www.ufc.tv/category/ufc-philadelphia-fights-to-watch

Coming off of losses to champion Khabib Nurmagomedov and contender Kevin Lee, Barboza was in desperate need of a victory heading into his match-up with New Zealand’s Dan Hooker. Barboza would go on to put on an absolute clinic in one of the deadliest displays of striking we saw all year. 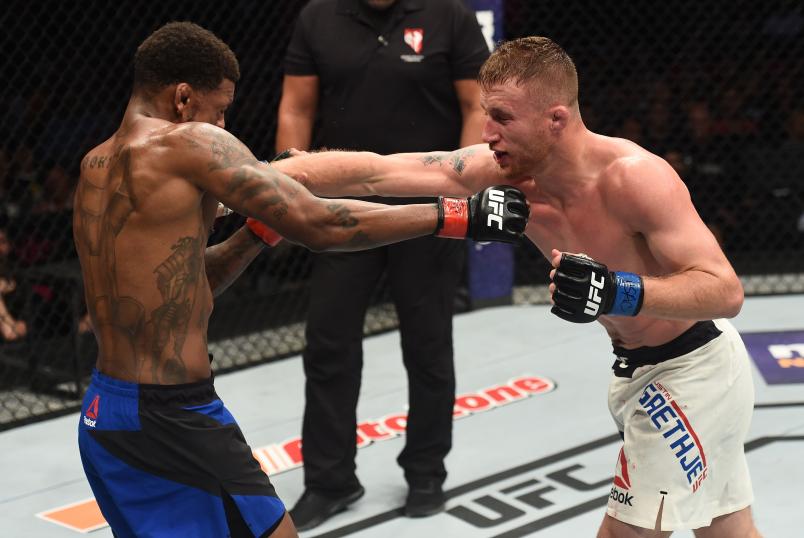 In his UFC debut, Justin Gaethje aimed to impress. He knew that would be tough to do against a tough opponent like Michael Johnson. But in what ended up as one of the fights of the year, Gaethje managed to do just that. 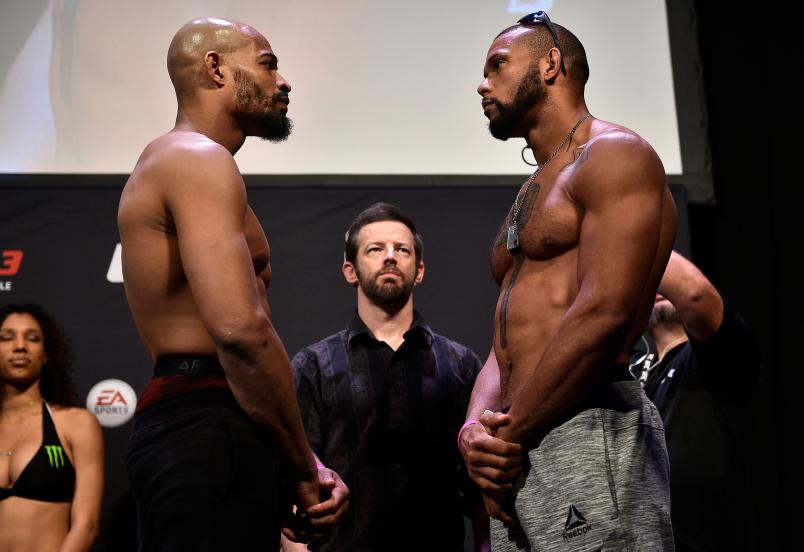 Making noise in a division of beasts requires something extra special and that’s exactly what David Branch did in his fight against Thiago Santos. 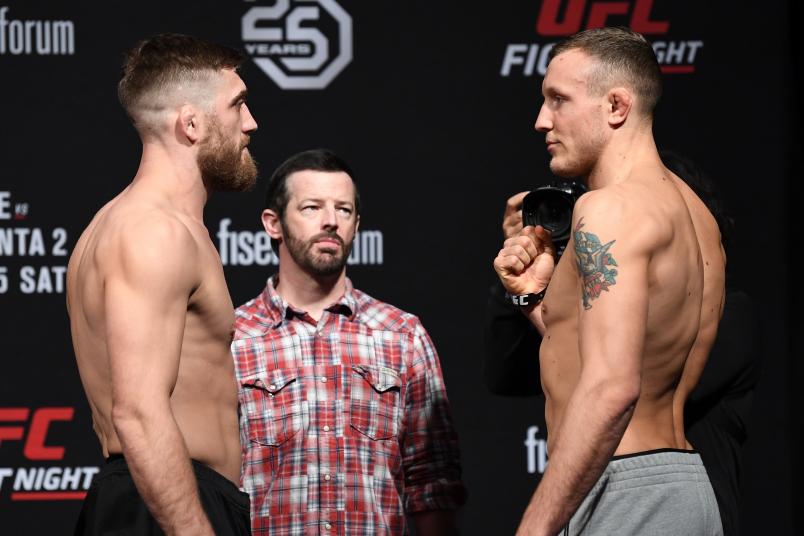 After a huge finish over Thales Leites, ‘The Joker’ followed up his performance with a dominant win over the respected Meerschaert. 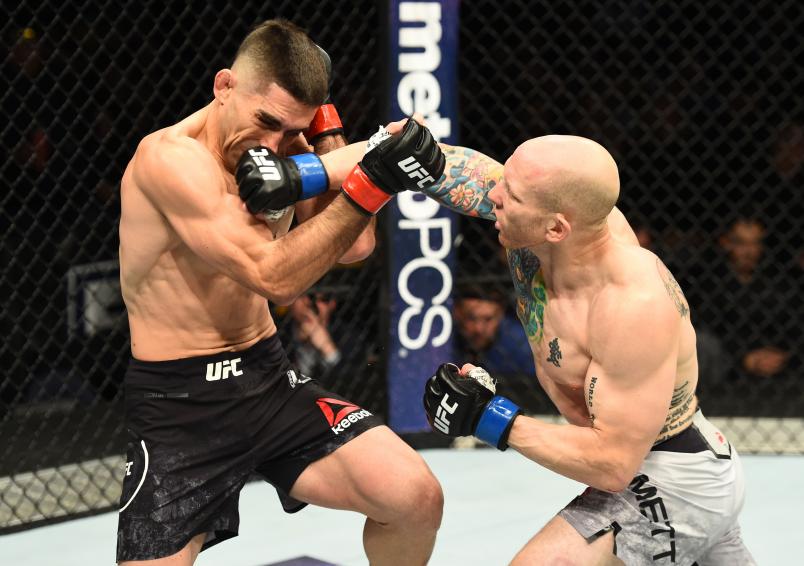 In the co-main event of UFC Winnipeg, Emmett would go on to score the most iconic knockout victory of his career. 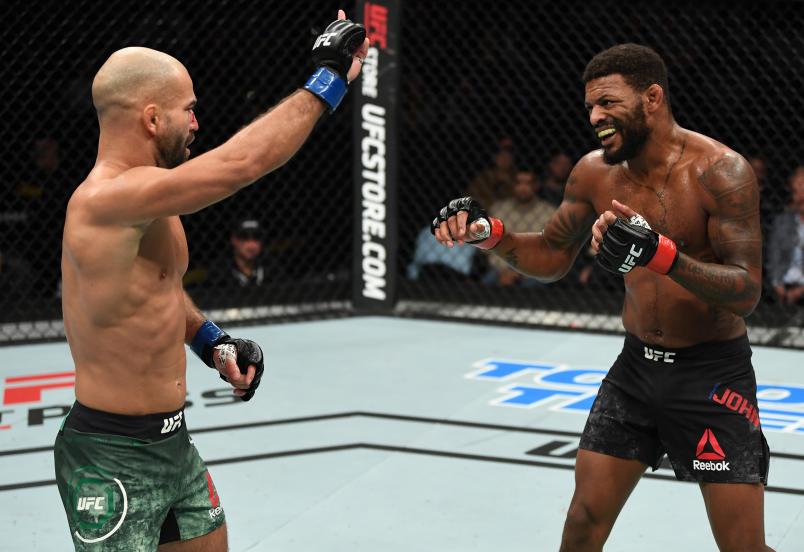 It may have been a last second match-up, but Johnson didn’t act like it once the Octagon door closed behind him. ‘The Menace’ was absolutely dominate in his match-up with fan favorite Artem Lobov. 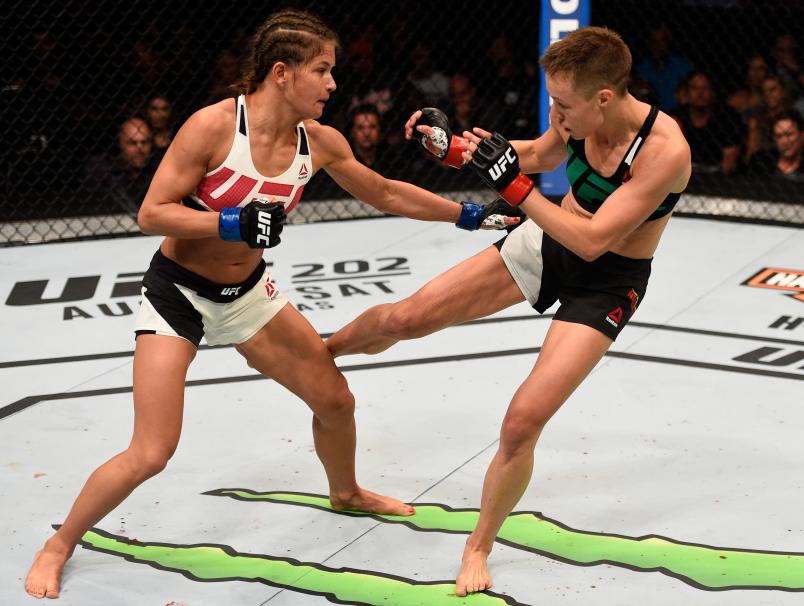 Fighting the rising Rose Namajunas was a challenge that Kowalkiewicz was more than willing to take and she made the most of the opportunity. Kowalkiewicz battled with the current strawweight champion for three rounds in a close decision that perfectly displayed why she is a top contender in the division. 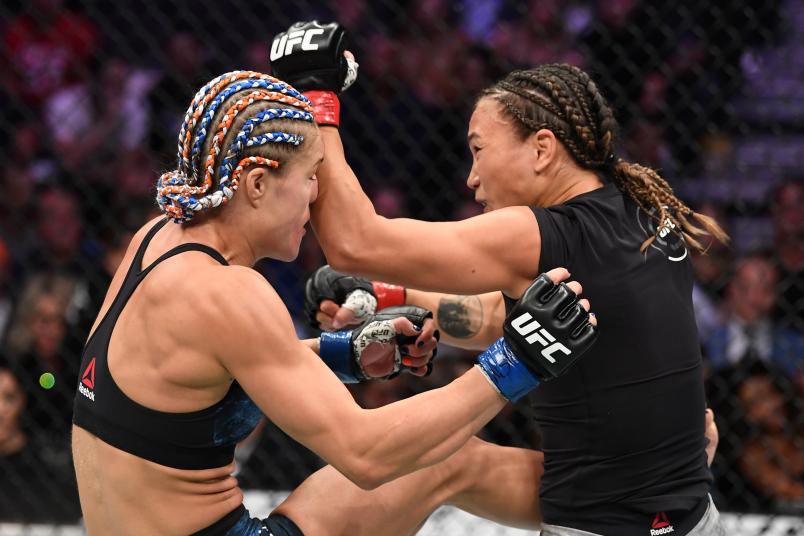 In a match-up of old friends, Waterson took on the tough Felice Herrig at UFC 229 in Las Vegas. Waterson used the spotlight of the UFC’s biggest PPV card ever to remind fans of why she is still a top threat in the division.

Tune in at 7pm/4pm ETPT to watch the stars of UFC Philadelphia throw down.