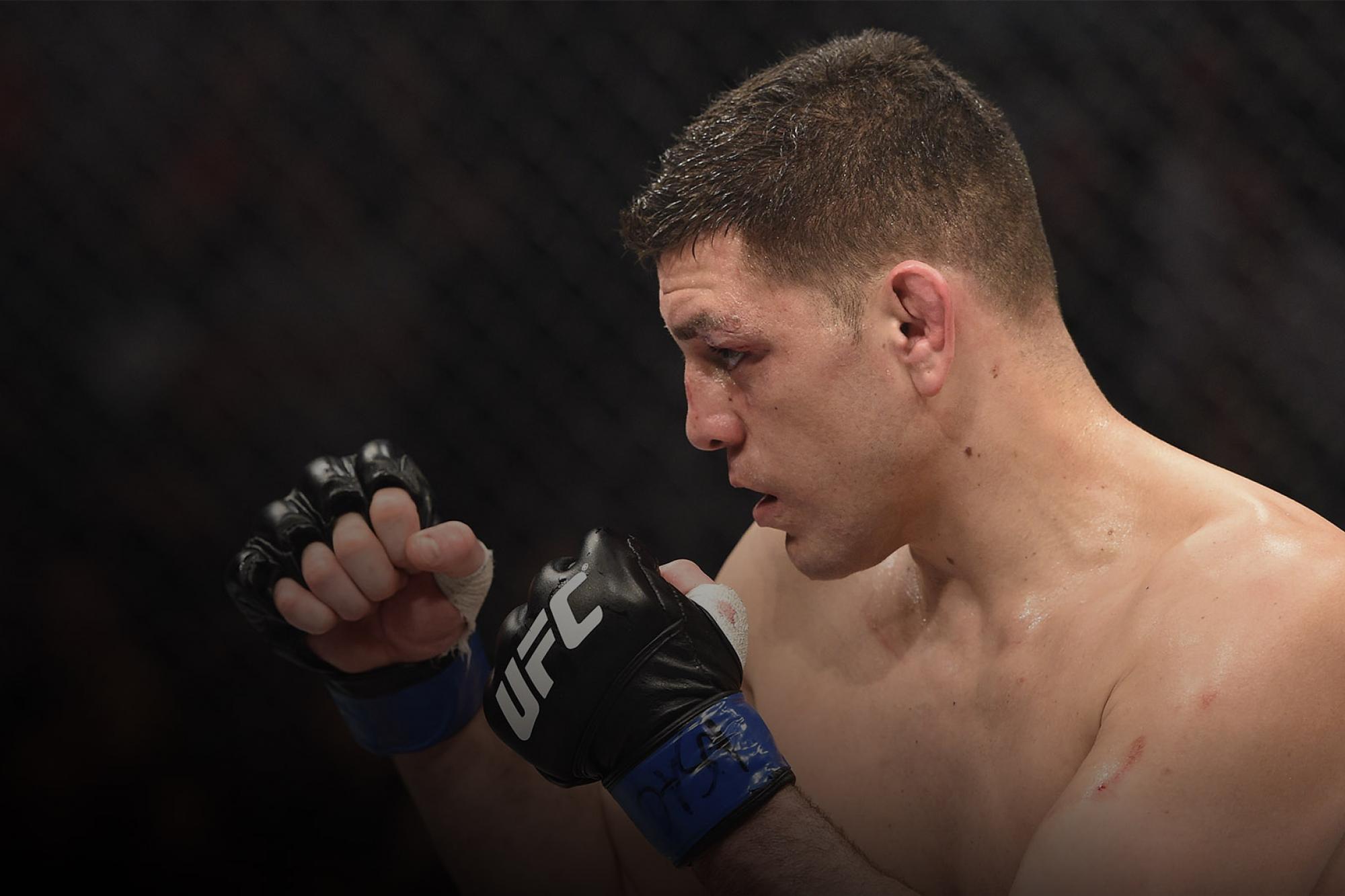 On a UFC 57 card that saw Chuck Liddell defeat Randy Couture, Keith Jardine’s first fight outside of the TUF banner and Frank Mir stopped for only the second time by a relatively unknown prospect, Joe Riggs’ razor-thin victory of Nick Diaz may have gone forgotten.

To recap, the first round was as Diaz as a fight can get, as the Stockton native’s unorthodox, but effective, boxing rocked Riggs and things looked grim for “Diesel.”

Riggs managed to survive the round, but Diaz knew he was in his opponent’s head and trash talk was on full display in the second frame. The round was up in the air, though, as was the third. After the fight, Joe Rogan predicted Diaz had done enough to take the win, while Eddie Bravo scored the fight for Riggs. The judges’ agreed with Bravo, and Riggs was the unanimous decision winner.

Before and after the decision was announced, Riggs and Diaz engaged in a very one-sided embrace with little interest from Diaz. While there was a lot of bad blood before the fight, it appeared that Diaz wasn’t ready to let the hostility subside.

So while Chuck Liddell and Randy Couture were putting on their main event battle, Diaz and Riggs found themselves in a local hospital together. What ensued is sure to live in MMA folklore for much longer than their fight inside the Octagon.

In the middle of the hospital, the two men treated the hospital to a rematch as a fight broke out. Hospital gowns, nurses, injuries from the fight they actually got paid for earlier in the night weren’t enough to stop the two from starting at one end of the hospital and ending up in the other.

The fact that we have no video of this brawl is one of the most disappointing realities to face, with radio interviews and word of mouth the only accounts of this famous hospital brawl.

UFC FIGHT PASS presents an all-new original series entitled Fightlore, featuring some of the most famous and infamous MMA moments. How does Fightlore plan to present the stories? Talking head interview format? No. Fightlore comes to you from a different angle, with animated stories ranging from hospital brawls to the life and career of Kimbo Slice, to Bruce Buffer and more.

Prepare to see some of the most iconic stories in MMA history in animated form, as well as many, many more original programs. To relive Joe Riggs vs Nate Diaz, sign up for UFC FIGHT PASS today!