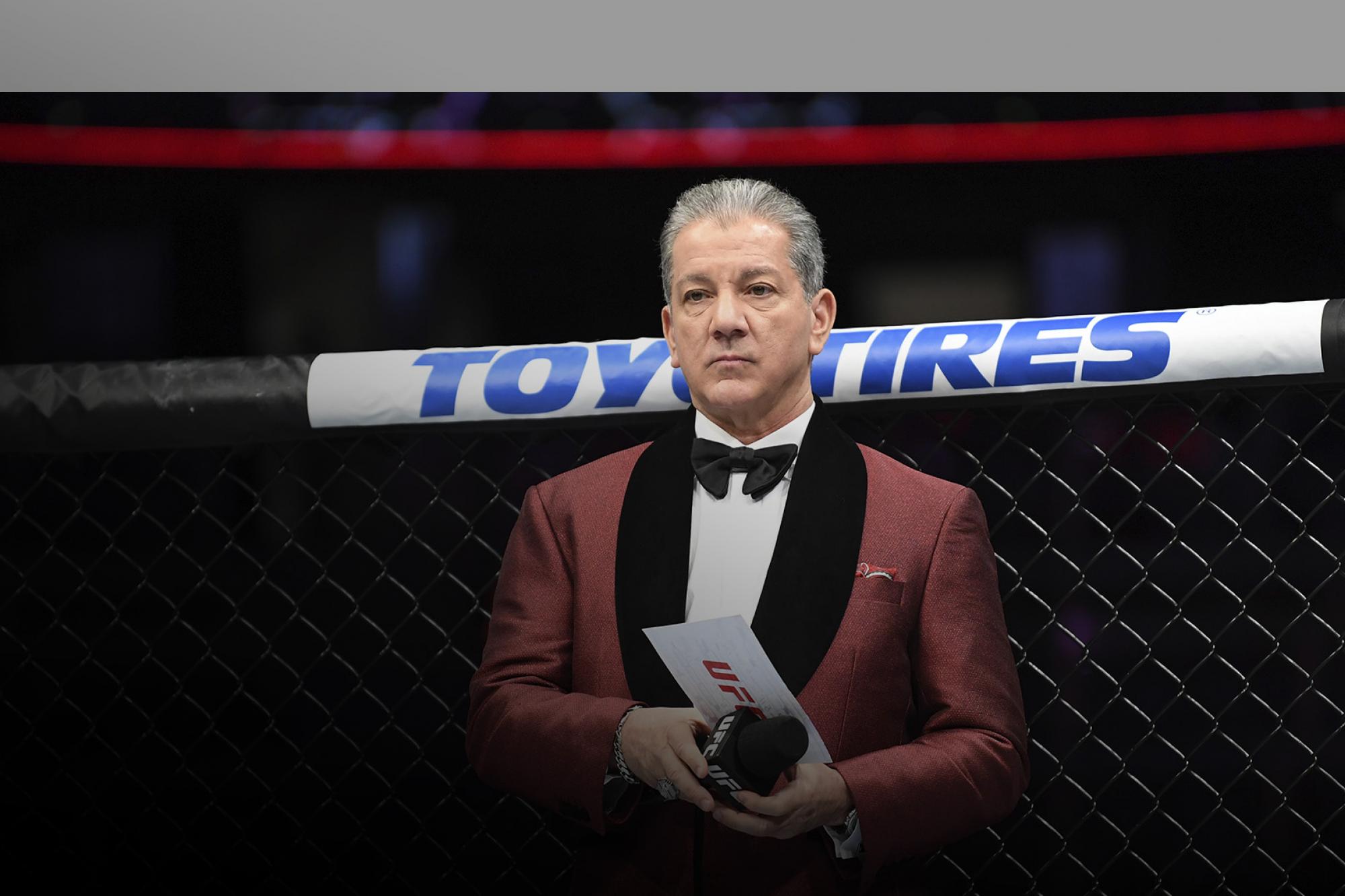 Fightlore: Bruce Buffer Has Seen It All

The new UFC Fight Pass original, Fightlore focuses on Bruce Buffer and how he's more than just an announcer, he's a combat sports staple.
By Walker Van Wey • May. 10, 2020

From elaborate introductions to the buttoned-down energetic calls we see today, Bruce Buffer has become a staple to fans of the UFC, but what else could he do?

It turns out that he has and could again act as UFC security and possibly step into the Octagon.

When you’ve been with the UFC for as many events as Buffer has and you’re a student of the game the way he is, there’s a familiarity with the fighters many don’t have. From energy levels to tendencies to intensity in and out of the Octagon, Buffer has a better understanding of who he’s dealing with than most may think.

“I know our UFC fighters after announcing them multiple times, and I’m prepared for what I think they’re going to do,” Buffer said. “I want to make sure things are going to be cool, calm and collected before they go to war against each other.”

It’s familiarities like these that add an extra dimension of intensity pre-fight for some fighters such as Ion Cutelaba.

At UFC Fort Lauderdale, Cutelaba took on seasoned veteran Glover Teixiera in 2019, and things immediately got interesting while Buffer was introducing the Moldovan rising star, as he made a walk across the Octagon to make a last-minute effort to burrow into the psyche of his opponent.

Mid-announcement, guess who was there to break things up?

“I love those Ion moments,” Buffer said. “I tell production that he’s going to walk across, and I’ll take care of it. One time I think he did it very blatantly and the commission didn’t even move and I got there before the referee and the commission and as I’m announcing I stepped in between both fighters.”

The fight went without a hitch, just the way Buffer knew it would.

Not everybody is as keen to Cutelaba’s antics as Buffer is. In “The Hulk’s” last appearance in the Octagon at UFC Norfolk, Buffer was ready for his pre-fight march across the Octagon. His opponent wasn’t.

“Last time he fought he waited longer than usual to do it, knowing what I would do and he got around me which caused a little bit of an altercation,” Buffer recalled. “Ion’s always ready to do something and I’m ready for when he does it.”

Magomed Ankalaev took immediate action when Cutelaba approached and opted for a defensive hip throw and luckily order was restored before things got out of hand, once again thanks in part to Buffer.

Distance between fighters in the announcement, specific timing and intensity… and of course the handling of fighters like Ion Cutelaba, are all instinctual skills that Buffer and only Buffer could have nailed down after all the time he has put into the combat sports.

But why does Buffer continue to add behind the scenes buildup as well as act as impromptu security guard when needed when his spot is reserved in the Octagon for as long as he could want it?

For more inside the mind and life of the UFC’s most interesting man, tune into UFC Fightlore!