Fighting Is What Drives Alan Jouban

When Alan Jouban makes the walk to the Octagon at UFC 255 he will be on a mission, a mission to remind everyone what kind of fighter he is.
By Thomas Gerbasi, on Twitter: @TGerbasi • Nov. 18, 2020

Eight-year-old Cage Jouban had a question for his dad, UFC welterweight Alan Jouban.

“What's the best thing you're good at in the world?”

Jouban laughs as he recalls the exchange.

“He's starting to ask me questions - what do you do, how much money do you make and all this stuff. What exactly are you doing when you say you're going to work the desk and all kinds of other details that he wants to know.”

So what was his answer?

“Fighting,” said the 37-year-old, who faces Jared Gooden this Saturday in Las Vegas. “I've been in the gym for about 15 years now, I've been fighting professionally, and this is the best thing that I'm good at.”

It’s a bold statement because Jouban is good at a lot of things. He’s had a highly publicized run as a model, he recently worked the commentary desk for a UFC event in October, he’s co-host of the popular MMA H.E.A.T. podcast with Karyn Bryant, and he’s a heck of a husband and father. 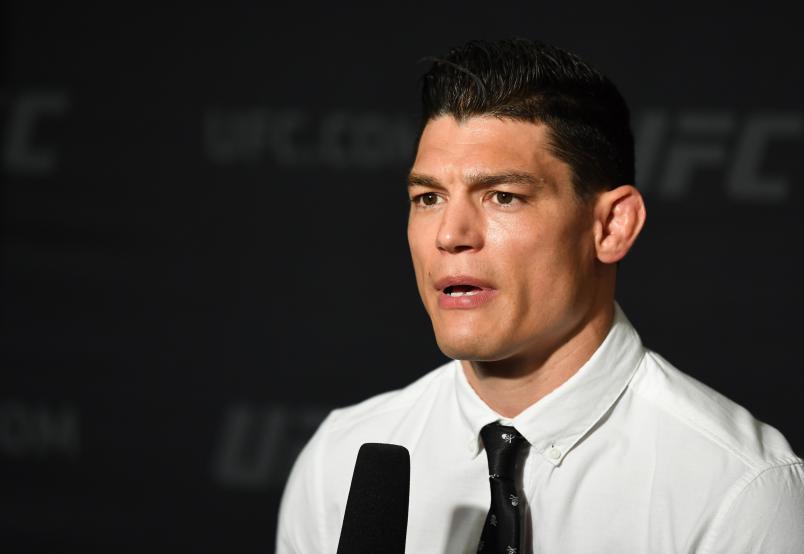 Alan Jouban interacts with the media during the UFC 236 Ultimate Media Day at Hyatt Regency Atlanta on April 11, 2019 in Atlanta, Georgia. (Photo by Josh Hedges/Zuffa LLC via Getty Images)

But there’s something about fighting that gets the Louisiana native’s heart racing, and as he puts it, if not for what he does on a Saturday night every few months, none of the other things happen.

He didn’t always know that, though, so moving in several different directions in addition to fighting became a habit. And during his camp for this upcoming bout, his first since April 2019, it all came to a head.

“A couple weeks ago I was coming home stressed out, short-tempered, etc., and my wife was saying, ‘You've got too much stuff on your plate; you're trying to do a million things at once right now. Just focus on your fight.’”

Jouban then heard the same thing from his coaches, and it hit home.

“I realized that fighting is what drives everything,” he said. “Fighting is what has given me everything. Any success that I've had outside of the cage started from within the cage, and it blossomed that way. Before the UFC, before fighting, I was just trying to do everything and struggling. And fighting opened all those doors. So I've got to remind myself that fighting is what I love, it gives me that feeling, that confidence that I love and when I do well in fighting, other doors open.” 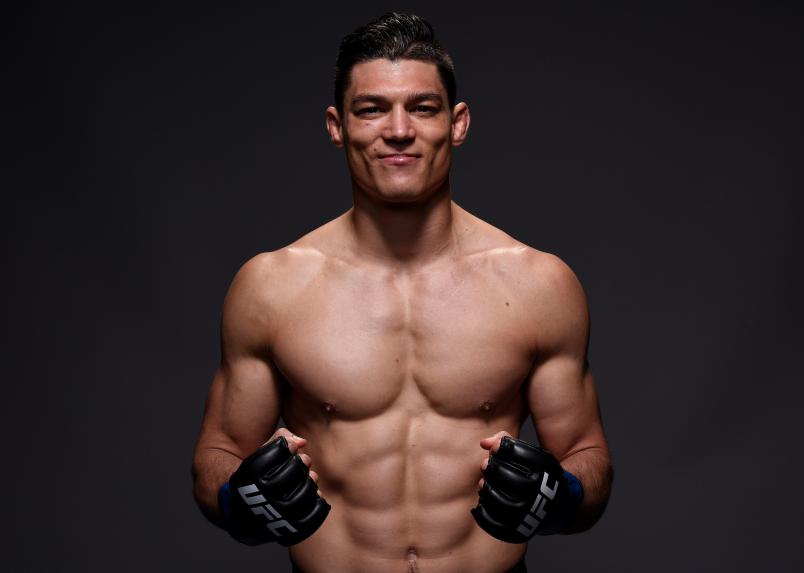 Alan Jouban poses for a portrait backstage after his victory over Ben Saunders during the UFC Fight Night event at Amway Center on February 24, 2018 in Orlando, Florida. (Photo by Mike Roach/Zuffa LLC via Getty Images)

Unfortunately for Jouban, there hasn’t been any fighting for over a year and a half, and the last time he was in the Octagon, it was a fight he wants to forget, as he lost a controversial split decision to Dwight Grant. And for “Brahma,” owner of four UFC Fight of the Night awards, it wasn’t that he lost; it was that it wasn’t the kind of performance fans have relied on him to deliver every time since his war with Seth Baczynski in his 2014 debut.

“Yeah, I've usually been Mr. Reliable,” he said. “Even before the UFC, it was always Fight of the Year in RFA and all these things. And I always brought it. I thought in my last fight, we were gonna bring it as well. I felt the intensity at the staredown, and we got in the Octagon and I didn't feel like I had a dance partner that night. I felt like the energy wasn't there, the clash, the battle. It was more of dancing around the ring, only taking small risks, and I let that one slide by because I thought, 'You know what? I'm not gonna take any risks because this guy's giving me an easy W. So I'm just gonna let it slide by and get the easy victory. And it bit me in the ass.”

The MMADecisions.com website, which polls media members for their scorecards, had it straight down the middle, with nine scoring the bout for Grant and nine for Jouban. It was little consolation to the 12-fight UFC veteran, who wished he had a simple way to explain what happened that night. 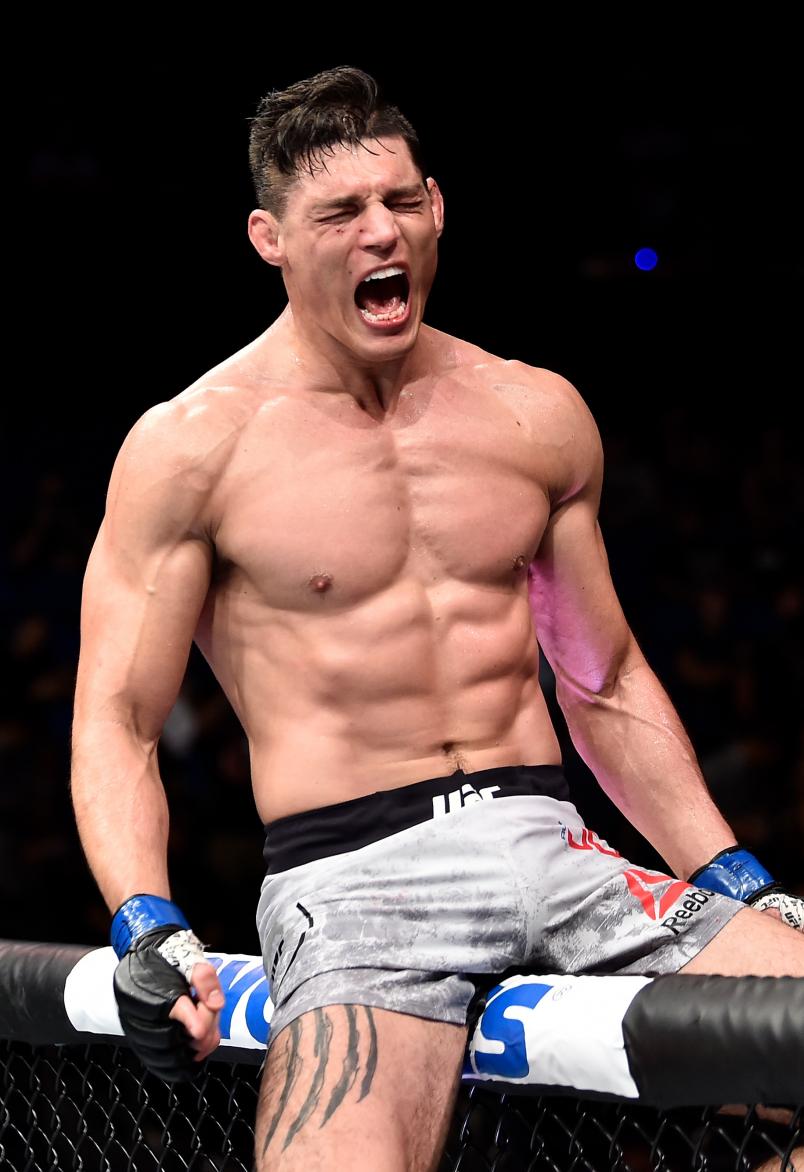 Alan Jouban celebrates after his victory over Ben Saunders in their welterweight bout during the UFC Fight Night event at Amway Center on February 24, 2018 in Orlando, Florida. (Photo by Jeff Bottari/Zuffa LLC via Getty Images)

“Obviously getting knocked out sucks, but I can look at my losses and just say it wasn't my night or I zigged and I didn't zag,” he said. “There's something I could answer it in short. But it's so difficult when this last fight gets brought up for me to answer in a one- or two-word comment, because I feel like I have to explain myself. I don't want to be a poor loser for the rest of my life. But I hear about that fight and I always feel like I have to give a description - I could have done a little bit more, but I feel like it takes two to tango and nobody was dancing with me. I remember my blood boiling, thinking I just got robbed, I just got half of my money taken away. It was a tough one. I've taken bad losses better than I took a poor decision.”

Over 19 months later, it still stings, but that’s why Jouban is such a fan favorite. He cares, and if he didn’t give the performance he wanted to – win or lose – it eats at him. Luckily, he can erase those memories of the Grant fight in 15 minutes or less this weekend and show young Mr. Cage Jouban just what the best thing dad is good at.

“It reminds me of what I'm fighting for in this one,” he said. “To win and remind the fans of who I am and who I've always been, and also the legacy that I want to leave when I do finish fighting.”