Since The Ultimate Fighter premiered in 2005, it has always brought ferocious new talents to the forefront of the UFC. From Roy Nelson, to UFC Hall of Famer Forrest Griffin, the cream always tends to rise to the top. But what about those contestants who were eliminated before even entering the house? Here, we take a talk to three current UFC Fighters who experienced just that. 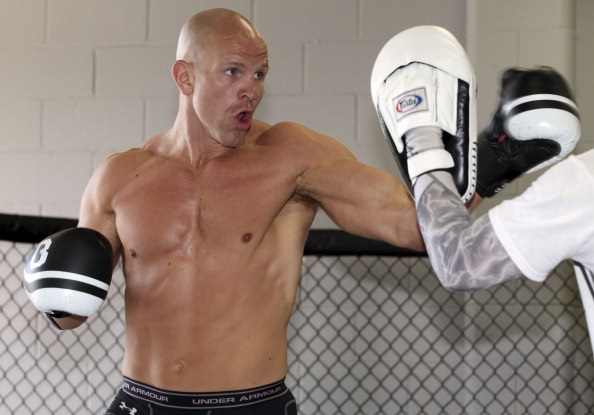 In the realm of the UFC, winning is the most important thing on every fighter’s mind. Fighters will train for months on end and study their opponents over and over again in order to avoid that spirit crushing feeling of defeat. When a competitor gets his or her hand raised, it can be the most validating thing to receive after a great fight, but in the case of Ryan Jimmo the best lessons are sometimes learned through a loss.

Jimmo would receive his first opportunity at the UFC as a contestant on the Ultimate Fighter during the first episode of its eighth season.  He had been told about the competition by a friend in his native Canada and would travel a great distance across the pond to Boston. He had amassed a 6-1 record competing on his home soil and would get a chance to test his skills in front of UFC officials.

“I took a little bit of a trip to Boston did the tryouts and made the final cut. Dana and a couple of other people were there with a big table and there was a big mat. There were about 300 of us and they took us in groups of 50. We had a one minute grappling match just to watch us and after the first round they said if we don’t call your name, you’re cut. In the second round they watched us in hit pads and in the third round they interviewed us to look for people with personality. I was lucky to be one of the ones to make it onto the show.”

The call to be on the light heavyweight centric edition of the Ultimate Fighter intrigued the rising second degree black belt. When Jimmo wasn’t taking Mixed Martial Arts bouts in his hometown, he was making his living as a bouncer at a local club. Jimmo was ready to take on this new life experience and would say his goodbyes to travel to the states to get a chance to compete in the UFC.  When he walked on set he immediately used the opportunity as a way to educate himself.

While taking in the sights and the sounds of the set he felt that sense of belongingness and was ready to achieve a dream. He even changed up his training and worked out with more intensity than before.  The change in training would create an injury for Jimmo and on his first day he would have to fight his way into the house against Antwain Britt. Britt would end up winning the match by decision and send Jimmo back to the true north.

“When I found out I was being paired with Antwain Britt, I knew I was fighting a good guy,” recalls Jimmo. I went into that situation a little bit injured and he was the better man that day. We had a pretty close fight. I think if it went to the third round I think I could have won the fight. He won the first round, and at the end of the second I was starting to build momentum but he was the better man that day. It was unfortunate that none of us made the show as I got cut and he suffered a broken hand.”

A loss on such a grand stage would deter many UFC hopefuls, but that loss motivated the Canadian karate champion to become hungrier and more focused in his approach to the sport of mixed martial arts.

“Being on the Ultimate Fighter changed my career. The experience and the publicity from it was 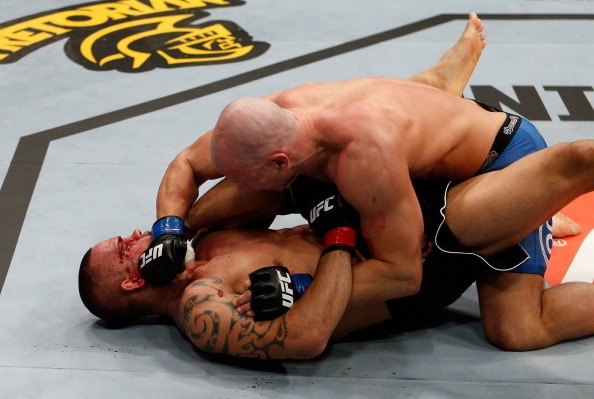 all positive, and the loss almost never affected me in a negative way. I think champions sometimes are viewed by how they deal with losses. A lot of fighters just go down, down, down. After that I just realized that I hate losing. That’s all there is to it. I wasn’t at my best when I fought Antwain Britt and I went on a bit of a tear after that.”

Jimmo would end up going on a ten fight win streak that had MMA fans talking about when they would see Jimmo back in the UFC. Jimmo would get the call from the UFC and it was time for “The Big Deal” to prove that he deserved that nickname.

“I was actually away on a wrestling tour in Alberta. We were in a wrestling tournament with my team when my manager called. He said the UFC called they want to sign you. I said cool and wrestled the next day. I was supposed to fight Karlos Vermola but ended up tearing a ligament in my knee. That fight didn’t work out but the next one definitely did.”

At UFC 149 in Jimmo’s homeland of Canada the debut was set. His opponent would be Anthony Perosh and on that night Jimmo’s hand was raised by UFC referee Josh Rosenthal.  The fight would end in seven seconds after a vicious punch.  He would end up tying the record for fastest knockout in UFC history and would claim the Knockout of the Night bonus for the evening.  The hard work and the drive paid off and the wheels were in motion for the career of Ryan Jimmo.

“The loss from the Ultimate Fighter was long gone from my mind and at the time I was in a different situation. I wasn’t thinking about validating the loss, I was more thinking hey I’m in the UFC now it’s time to make a splash and I was motivated and I came out that night with a little more fire.” 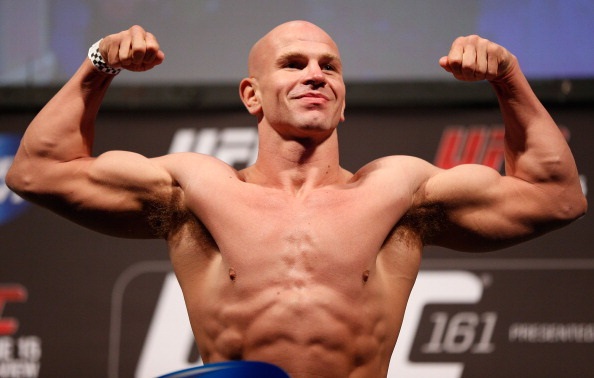 Ryan Jimmo has definitely arrived in the UFC. He has championship goals in the UFC and has hopes to capture the Light Heavyweight strap. Jimmo remains patient and assures fans that he still has several years left in Mixed Martial Arts with plans of getting better with each passing fight. He wants to fight Lyoto Machida and believes that he would attain a W if placed against him. He is also looking to enjoy the latest season of the Ultimate Fighter and stated that if he were on the Ultimate Fighter today he would want to be coached by Miesha Tate

“I think Miesha Tate is just a much better representative for the sport. I just think that Ronda Rousey isn’t the best spokesperson after giving Miesha Tate the finger and all of that stuff. I just don’t think she conducts herself well. I think Miesha Tate is a better representative and I think she’s a better spokesperson for it but I think their fight in December is going to be awesome.”Jimmo also gives his advice to aspiring fighters that will have to face loss on this season of the Ultimate Fighter:

“Take your time. Don’t jump into stuff too fast. Just be six months ahead of it. If you’re supposed to fight someone soon, take those six months to train and you’re going to kill it! Attain that skill level and try not to rush into things. My advice to a young guy would be to take your time. You have all the years ahead of you so don’t rush. Build those skills so you can build a more solid career.”Jimmo’s next fight is scheduled for UFC Fight Night: Bisping vs. Munoz on October 26th against Jimi Manuwa.