“The Shanghai PI built me into a fighting machine.”

Aoriqileng salutes the state-of-the-art performance institute in China he has called home lately, and there’s no doubt it has sharpened his skills.

“The difference from him from the day he stepped on the mats to where he is now is black and white; two completely different fighters,” Gavin Pratt of the UFC PI has told us in the past. 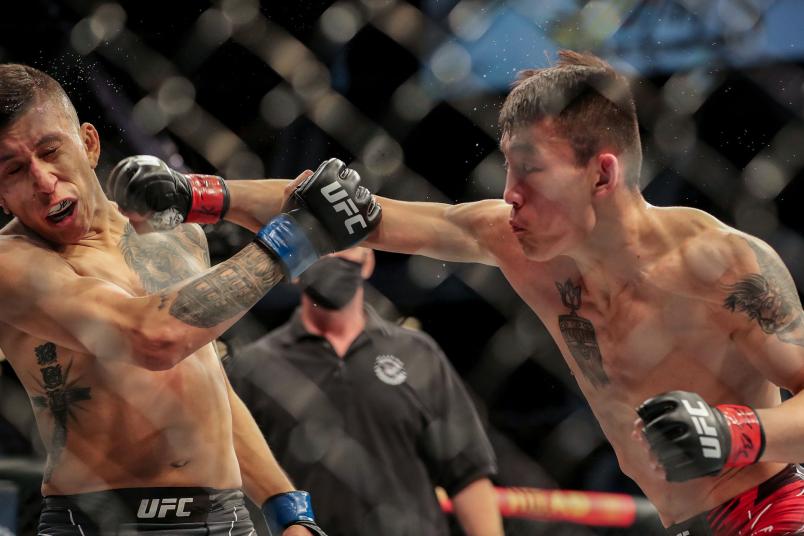 I don’t doubt it, but I’m going to go ahead and suggest he was a fighting machine long before the UFC ever broke ground on the site.

For starters, the man was already known as “The Mongolian Murderer,” not exactly a nickname you get for being an insurance salesman. He entered the promotion on a six-fight win streak from WLF—who also gave the UFC Rongzhu and Na Liang—and most of those wins were finishes. At 18-8 overall professionally, Aoriqileng is consistently ranked amongst the best pound-for-pound in all of China.

He counts travel among his hobbies, which has boded well for his first two UFC appearances, both in the United States.

He landed on the wrong side of a split decision to an unstoppable Jeff Molina back at UFC 261. He doesn’t spend much time thinking about it, and a short memory in this sport is always a good thing.

“I learned a lot from my last fight,” he says. “Of course, I would adjust some details if I had that one to do over again. But nothing would really be different. Same style: a pure, violent fight.” 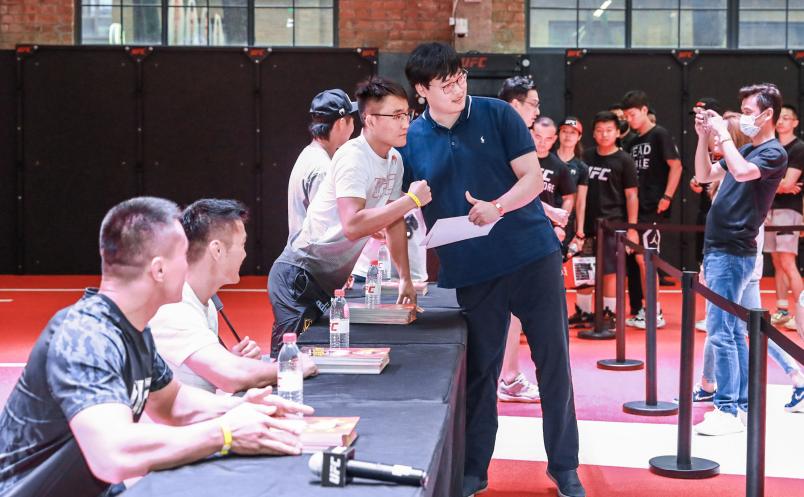 A pure, violent fight is something he’s been able to promise and deliver since he began fighting professionally in 2015. He’s promising the same Saturday for Cody Durden, his opponent at UFC Fight Night: Vieira vs Tate.

“Fight my way, give him a pressure he is unable to take,” he says, noting that he knows little about the man.

“To be honest, I don’t know too much about him. And I don’t like researching my opponent before I fight. I focus on myself.”

When he returned to training following the Molina fight, he took the wholistic approach to fighting his way. Rather than focus on what went wrong, he tried to elevate every area of his arsenal. 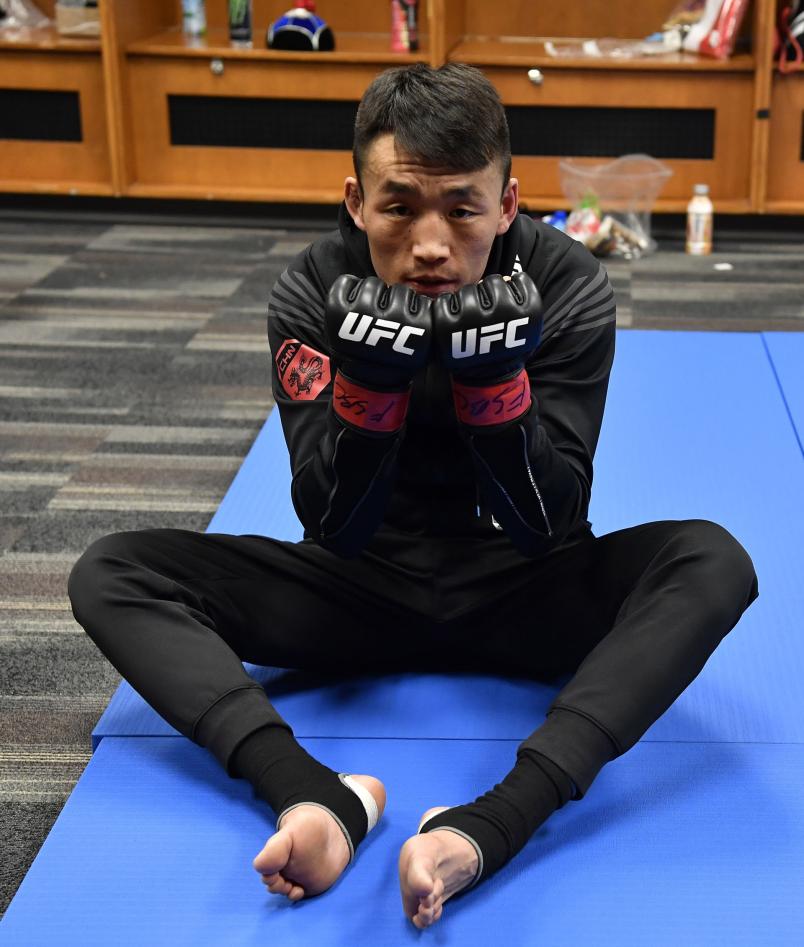 “I am an MMA fighter, so I need to work on everything,” he says plainly. “Striking, boxing, wrestling, grappling.”

As he sits in Las Vegas on the eve of his first fight in the UFC Apex, the flyweight seems visibly at ease. His team joyfully helps him warm up in the Octagon, playing music and joking while they run through some light training.

“I feel great. Travel was good as well. This is the second time I come to the US. So everything is easier than last time.”

Ketlen Vieira | Everything That I Need

He looks forward to indulging his other big hobby—riding motorcycles—after Saturday’s fisticuffs, but he hope the UFC won’t give him too long to enjoy it.

“I want to be active and fight more often. I'm never picky about my opponent. I just need a name from the UFC -- ranked, non-ranked, debutant or the champ -- just give me a name.”

You can tell he means what he’s saying; there’s no hyperbole or false hype. He’s truly just a man that loves to fight. And he knows that down the road—hopefully sooner than later—the UFC will be returning to China, where he can put on a show in front of his compatriots on the biggest MMA stage in the world.

“I was born and grew up in Inner Mongolia, China. My family were herders and lived in a nomadic way when I was a child. I miss the endless grassland in my hometown. China is home. Nowhere is better than home.”