“I want Saturday to be here already,” said the former lightweight champion, in town to battle Justin Gaethje in a fight that Alvarez believes will determine the most violent man in the UFC.

Given their respective histories inside the cage, it’s hard to argue with the Philadelphia native’s assessment.

Before he rose to the top of the 155-pound ranks in the UFC, Alvarez spent nearly a dozen years taking part in epic encounters all around the globe, coming away on the happy side of the result far more often than not and building a reputation as one of the grittiest, toughest fighters in the sport.

So far in his professional career, Gaethje has proven to be cut from the same cloth – a tough-as-nails brawler who would rather wade into danger in an effort to deliver the most entertaining fight possible, even if it means catching one on the chin and getting put down for the count. Thus far, no one has been able to get the better of Gaethje, who pushed his unbeaten streak to 18 with second-round stoppage win over Michael Johnson in his promotional debut – a back-and-forth slobberknocker that is the frontrunner for Fight of the Year as the final month of 2017 gets underway.

For Alvarez, the idea of sharing the Octagon with someone like Gaethje excites him, which is something that he hasn’t always felt prior to competing in recent years.
RELATED: UFC 218 Fight By Fight Preview | Order The UFC 218 Pay-Per-View | UFC 218 Tickets

“I feel like these kinds of opponents get me a bit emotional and I fight good when I just fight off my instincts and I get a bit emotional,” said Alvarez, who coached alongside his UFC 218 opponent on Season 26 of The Ultimate Fighter. “I’ve been in the sport 15 years – it’s hard to get emotional about a fight or have any kind of feelings about a fight because I’ve been doing it so long, but when I get someone in front of me that invokes that ego in me and invokes some sort of emotion, it definitely helps.

“I’ve beaten the champions from every major organization there is,” he added. “From Strikeforce to UFC to Bellator to WEC – I’ve beaten every champion there is and this is a guy who was the king of his organization and I was never able to get my hands on him; we were never able to get a fight together. It’s one guy, a champion from another organization and I’ve been doing this my whole career – I’ve made a career out of beating champions and he’s just another guy to put on my list.”

In many ways, this fight is an opportunity for Alvarez to turn back the clock a little – to tap into the primal instincts and 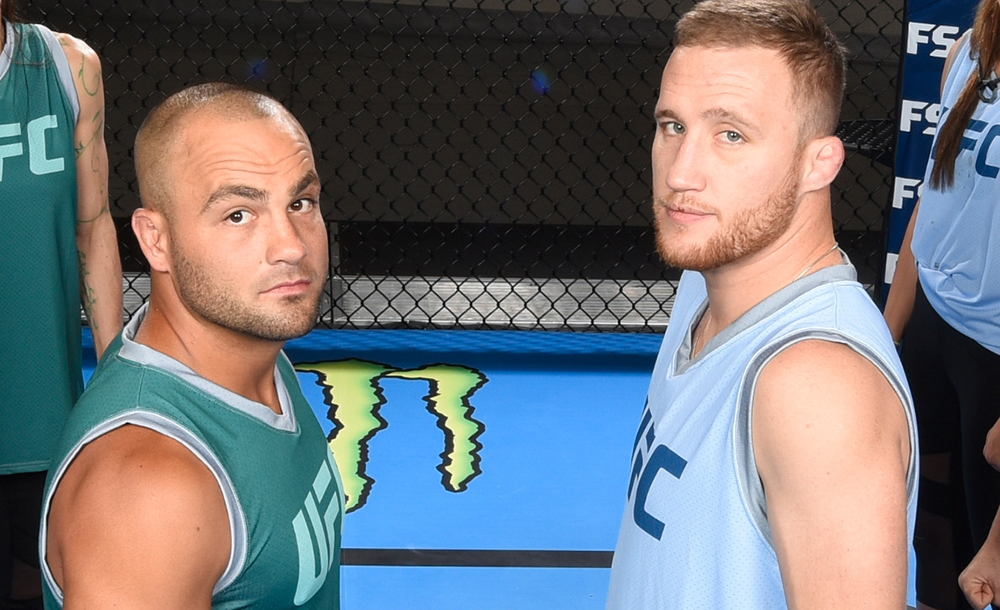 urges that made him one of the top lightweights in the world long before he matriculated to the UFC, and to bring back the kind of gutsy performance that earned him the title “The Underground King” in the first place.

“I just saw an old UFC poster and the side of the poster said, ‘The bloodiest, most barbaric event on Earth,’” began Alvarez. “At some point, we lost that. Being violent has always been important to me – it draws people in, it makes people want to watch, it gets people excited – so that’s what I’ve always looked to do and that’s the most important thing to work on.

“I seek growth more than I seek anything and I feel like it’s fights like these that bring that out more than anything because they go beyond who is more skilled and who has better wrestling, jiu-jitsu and all the tactical parts. At some point, it almost becomes a spiritual battle and I think people connect with that – they get emotional about it. I’m excited to be involved in it and I hope the fans are as well.”

It has been 17 months since Alvarez last tasted victory – his championship win over Rafael Dos Anjos – and more than a year since he lost the lightweight title to Conor McGregor at UFC 205. Every second of his return to the cage against Dustin Poirier in May was electric, but the nine-minute affair ended in controversial fashion and left everyone – including the two combatants – wanting more.

After putting in his time in the desert leading the members of Team Alvarez on TUF, the 34-year-old veteran returned home to start preparing for his clash with Gaethje and a return to the style that made him one of the most exciting fighters in the sport and a major free agent signing for the UFC just a handful of years ago.

It’s not that he’s performed poorly in the Octagon – after all, he did beat a pair of former champions en route to claiming the lightweight title – it’s just that he hasn’t been the relentless, savage Eddie Alvarez he was in the past. But that all changes this weekend and Saturday can’t come soon enough.

“It’s everything,” he said regarding the importance of this fight. “I kind of want to get out nice and hot – come out in the first round and get into this fight.

So does everyone else.