“This is always what I wanted to do, and I wasn’t gonna let anything stop me.” - Mike Easton 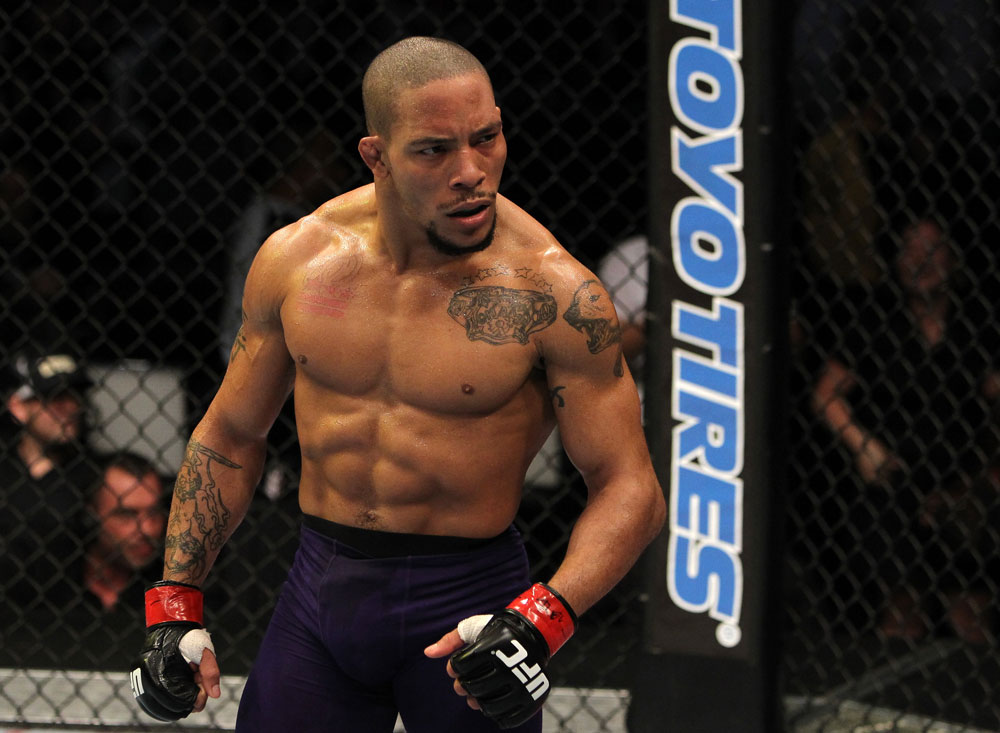 If it ever seems like Mike Easton is almost attacking life, armed with an enthusiasm unmatched by us mere mortals, he’s got a good reason for it.

“I wasn’t supposed to make it,” said the UFC bantamweight, who was born at just two pounds, three ounces in D.C.’s George Washington Hospital nearly 28 years ago. He recalls his mother Gina telling him that some of the babies around him were blind, while others had HIV. Even a nurse that took care of him died in a fatal car accident. When all was said and done, Easton and another child were the only ones to emerge unscathed.

So is it any surprise that Easton became a fighter?

“My first opponent ever was death,” he said. “After that, a man is just a man. I could care less about who they put in front of me in the cage. He’s just a man. He’s never gone through what I’ve been through.”

That’s usually bad news for Easton’s opponents. “The Hulk” has won 11 of 12 pro bouts, including his first UFC match last October against Byron Bloodworth in D.C.’s Verizon Center. It was the debut all fighters dream of, winning by knockout in front of your hometown fans, and Easton says that it certainly lived up to all expectations.

“It was incredible,” he said. “It was a dream come true, literally. Just to fight in front of the home crowd at the Verizon Center, we packed that place out. My whole team was there, I saw a whole bunch of green and black shirts running around, and to show my support and my fan base was just incredible. A lot of people don’t know that we love MMA around here, we like to fight around here, and we love combat sports. I was just happy to see that my fan support was out there, my family was out there, and it was an awesome feeling.”

It was the culmination of the first leg of a journey that began a decade earlier, when a 17-year old Easton walked into the Jiu-Jitsu academy of Lloyd Irvin and said that he wanted to fight in the UFC. It took 10 years, but Easton made it. And even more impressively, in the age where camp jumping is commonplace, he made it with Irvin by his side. And as far as Easton is concerned, that will always be the case.

“Especially as an African-American, to see what he (Irvin) has done in the community is incredible,” said Easton. “He’s from this area, so he knows how all the young guys act because he was one of those young guys. And don’t get me wrong, everybody has their ups and downs with their coaches (Laughs), but he’s like a father figure. It’s like me talking to my dad; we have our ups and downs too. But I know he is the best coach in the world. He knows how to coach, he knows how to run a camp, and he always seems to find time for me. I got my black belt in Brazilian Jiu-Jitsu under Master Lloyd Irvin, and to me, I’m not going nowhere. If God forbid something happened to him, who’s gonna help keep the gym running? I’m one of his black belts; I would have to do that. That’s my obligation and my job because it’s a family.”

He has a tattoo of four fours to represent his commitment to his coach and his team, saying “I pledged myself to Lloyd Irvin’s mixed martial arts academy and to this team, so I have four fours on me, which represents my commitment to this team, and I ain’t going nowhere.” It’s a refreshing notion these days, not only the idea but the practice of loyalty, and while Easton had his ups and downs growing up, as an adult, he knows that without jiu-jitsu and MMA, his current path might be quite different.

“I’m from Washington, D.C., and this is a rough area, it’s a rough town,” he said. “Guys do not play around here and I’ve seen a whole lot of things. I’ve witnessed friends being killed with my own eyes, I’ve got friends in prison right now, and I have to do certain things so I can prove to these guys out here that you don’t have to do anything negative to make it out here.”

Easton talks about getting wrestling and boxing put into local schools, a great idea but one that is unlikely to happen anytime soon given the current culture’s resistance to anything that might involve physical contact, even though nothing builds (and reveals) character more than sports that involve putting yourself on the line in a one-on-one combat situation. But even without that dream becoming a reality, Easton can still do plenty for his community just leading by example.

“My whole goal is to change people’s lives and to try my best to be a good role model,” he said. “I’m still human, I’m not perfect, but I can still teach and talk to these guys. What you do is what you do, but at some point, things have gotta change, especially for the inner city community.”

His greatest example may just be his persistence. Surviving after being born at two pounds, three ounces is impressive enough, but taking the long road to the big show in MMA showed plenty of grit as well, especially considering the two years he lost due to injury.

“This is always what I wanted to do, and I wasn’t gonna let anything stop me,” he said. “I had a two year layoff because I had a fractured elbow, and my last couple fights before I signed with the UFC I was fighting with a fractured elbow, but I was winning and doing my thing. But it came to a certain point in time where toughness just wasn’t gonna do it. I had to make sure I had to get my body healthy again, and now I’m back at 110 percent and I’m ready and raring to go.”

Friday night, Easton looks to make it two in a row when he takes on Jared Papazian on the FX-televised main card. It’s a huge opportunity for both men to showcase their skills on television, and even though Papazian is a late replacement for original opponent Ken Stone, for Easton, his goals remain unchanged.

“It doesn’t change anything up,” he said. “Nothing ever changes my gameplan. If anything, they have to worry about me. If he wants to stand up, that’s awesome. I heard this guy is more of a slugger, which kinda puts him in a bad predicament. I’m used to striking, I’m a high level striker, and it’s what I like to do. I got pinpoint accuracy, I pick people off when I have to, I slip real good, and he’s used to fighting guys that just stand there and slug with him, with no head movement or none of that.

“He’s got his beliefs that he’s just gonna come in and destroy Mike Easton,” he continues. “Well, he has a whole ‘nother thing coming to him because I’m a professional. I’ve been through an eight week camp, a hard grind, battling through injuries, and no man’s gonna stop my destiny, and my destiny is to be considered one of the best guys in the UFC. And at some point in time, I’m looking at the belt; that’s the ultimate goal, to be the number one guy. So I’m taking it one fight at a time, I’m not rushing anything, and I’m gonna make a believer out of him.”

Easton pauses, almost as if to reflect, and when asked if he’s ready to be “that guy” to inject a new level of energy into the bantamweight division, he answers immediately in the affirmative.

“I’m probably one of the hypest dudes ever, and I get it from my dad,” he laughs. “My dad is hype like that. I’m considered the top hype man in MMA, right? Well, I learned that from my father. My dad is my number one hype man, and he has me ready to punish anyone. It doesn’t matter who you are, doesn’t matter where you’re from, I don’t care. When I talk to my dad, he makes me believe that I am the best in the world. I believe that myself, but then you have your dad telling you this, and he’s been telling me I’m the best since I started doing Brazilian Jiu-Jitsu and mixed martial arts.”

Can you really argue with Mike Easton Sr.? No, because his son has been training for this since he was born. Literally.