Thursday, April 14 2016, was a historic day for the UFC and the MMA community as a whole. And it all started with this:

From there, the reactions came quickly from UFC fighters, respected New York politicians, and many, many more ... 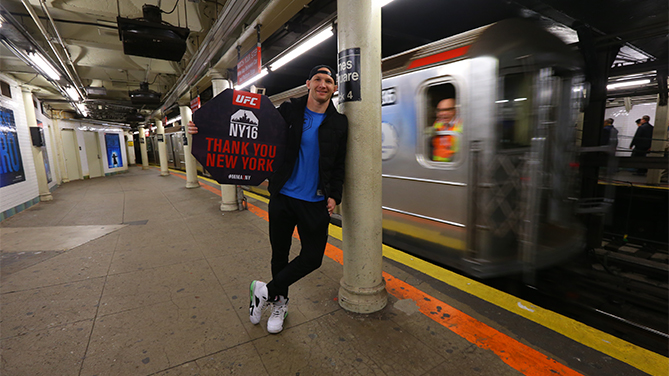 The toughest NYers are here at MSG waiting to finally be Legals in our state. We have been waiting for this moment for a long time. Today it happens. MMA is now Legal in NY.
A photo posted by Chris Weidman (@chrisweidmanufc) on Apr 14, 2016 at 7:30am PDT

At #MSG with the boss and a couple of badasses!!! #Major to @UFC success, is fighting at The Garden!! #AnotherOne! pic.twitter.com/wyj837LOXe
— Aljamain Sterling (@FunkMaster_UFC) April 14, 2016

.@FunkMaster_UFC is pumped about #MMA coming to @TheGarden! Are YOU ready?! #MMA2NY pic.twitter.com/YEOoV5lkHb
— MSG (@TheGarden) April 14, 2016