See Which Athlete Are On The Rise Heading Into UFC Fight Night: Whittaker Vs Gastelum
By E. Spencer Kyte, on Twitter @SpencerKyte • Apr. 14, 2021

For the second straight week, the middleweight division takes center stage at the UFC APEX, as former champion Robert Whittaker squares off against Kelvin Gastelum in a remake of a previously scheduled clash that never came together.

The former Ultimate Fighter winners coached opposite one another on Season 28 of the soon-to-return reality TV competition, but their championship clash at UFC 234 was scuttled and their paths headed in different directions. Now they cross once more here, as Gastelum steps in for Paulo Costa and looks to secure his second win of 2021, while Whittaker aims to further cement his standing as one of the top contenders in the division he previously ruled.

Prior to the main event, this week’s fight card is flush with quality matchups, including an opportunity to get a closer look at a few key prospects that are making waves in their respective divisions and hope to move closer to contention with victories on Saturday night.

This is the April 17 edition of Fighters on the Rise. 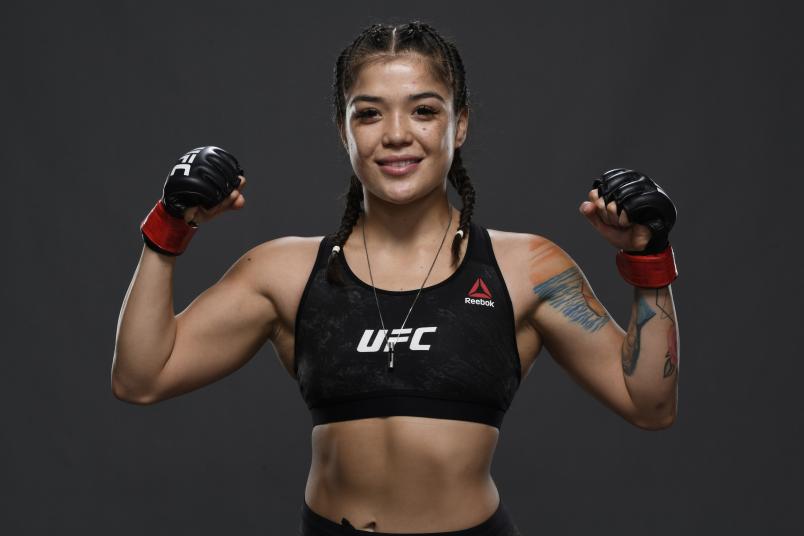 The 27-year-old Phoenix, Arizona native lost her professional debut in the summer of 2017 and hasn’t tasted defeat since, rattling off eight straight victories including a dominant win on Season 3 of the Contender Series to earn a UFC contract and unanimous decision judgments in each of her first two appearances inside the Octagon.

While there is little flash to Cortez’ game, the Fight Ready MMA representative is a relentless worker in the gym and in the fight, using her outstanding conditioning and strong, balanced skill set to turn initially competitive contests into lopsided decisions in her favor. Still in the developmental stage of her career, Cortez’ striking continues to improve, and as she gains more experience and logs more reps in the gym, she profiles as someone that will develop into a technically sound fighter in all facets of the game, which should make her a threat for years to come.

Saturday’s pairing with Justine Kish is a step up in competition for Cortez, who registered wins over Erin Blanchfield and Mariya Agapova before entering the UFC, as the 32-year-old is far more experienced and seasoned than her 7-3 record otherwise suggests. A Muay Thai stylist who has been limited by injuries, Kish is a tough out that will test Cortez from the outset.

How this one plays out should provide a strong indication of where the Contender Series graduate stands in the flyweight division at the moment, as a dominant effort should carry her to the fringes of the Top 15 and establish Cortez as one to keep close tabs on heading into the second half of the year. 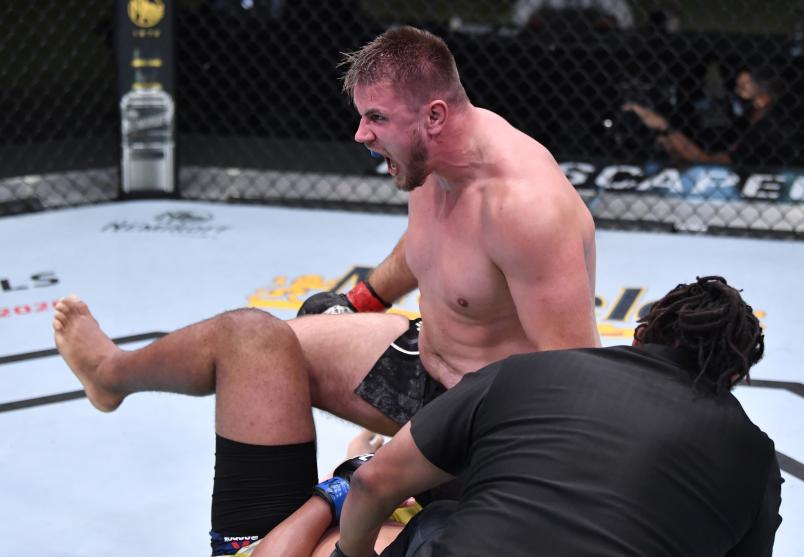 Alexandr Romanov of Moldova reacts after his submission victory over Marcos Rogerio de Lima of Brazil in a heavyweight fight during the UFC Fight Night event at UFC APEX on November 07, 2020 in Las Vegas, Nevada. (Photo by Jeff Bottari/Zuffa LLC)

There have been a number of new names garnering attention in the heavyweight division over the last 18 months, with ranked competitors like Ciryl Gane, Chris Daukaus, and Tom Aspinall leading the way. But the final third of last year produced another fighter to watch in the big boy ranks, as Moldova’s Alexandr Romanov registered two wins in eight weeks to stamp himself as a fighter on the rise.

The 30-year-old pushed his record to 13-0 and maintained his perfect finishing rate by following up his debut second-round submission win over Roque Martinez in September with a more impressive technical submission finish over Brazilian veteran Marcos Rogerio de Lima in early November. Putting away a seasoned competitor like “Pezāo” in under five minutes is impressive enough, but how Romanov did it — with a forearm choke — was the real eye-opener.

What makes Romanov, who faces TUF winner Juan Espino on Saturday, so intriguing is that he brings an excellent collection of complimentary set of skills with him into the Octagon, using his strong wrestling to put opponents on the canvas, where he’s equally happy to pummel them with ground-and-pound or attack with an assortment of chokes.

Espino is a deft grappler as well, so their clash this weekend should be extremely instructive when it comes to figuring out Romanov’s position in the division and how far he could climb up the rankings in the next 12-18 months. 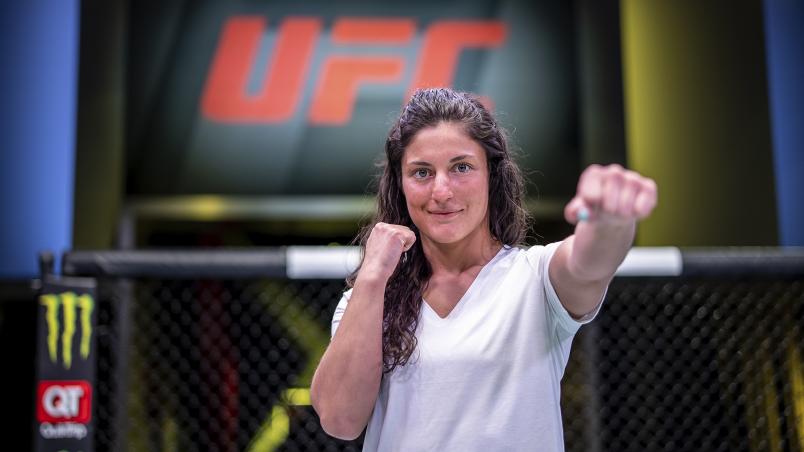 In the nascent days of MMA, a competitor’s first handful of fights were often the equivalent what today’s athletes experience in their amateur careers — an opportunity to gain experience, deal with obstacles, and find out if you’re really cut out for a career spent competing inside the cage.

Newcomer Loopy Godinez logged nine appearances as an amateur, amassing a 4-4-1 record while sharing the cage with current UFC strawweight Sam Hughes and reigning Battlefield Fight League champ Jamey-Lyn Horth Wessels. Since turning pro, the Langley, British Columbia-based fighter has parlayed the experience gained and lessons learned in her amateur days into an unbeaten run that carried her to the UFC, where she’ll make her promotional debut this weekend against the returning Jessica Penne.

The 27-year-old earned her biggest victory to date last October when she collected a majority decision win over Contender Series alum Vanessa Demopoulos to claim the LFA strawweight title, pushing her record to 5-0 in the process. A powerful grinder training out of Titan MMA, Godinez has spent the final stages of her camp training in the elevated climes of Denver, Colorado, getting in work with an assortment of teams and training partners, including former strawweight titleholder Rose Namajunas.

Saturday’s meeting with Penne is a chance to make an instant impression with the UFC audience, as despite her extended hiatus, the veteran is a respected competitor that held championship gold under the Invicta FC banner and has fought for the UFC strawweight title in the past. She’s easily the most seasoned and savvy opponent Godinez has faced, and a dominant performance would immediately establish the Mexican Canadian freshman as someone to pay close attention to in the 115-pound weight class.